In her role as Duke University Archivist, Valerie Gillispie devotes much of her work to ensuring that Duke maintains a strong connection to its past.

Four years from now, that connection will be front and center as Duke marks the 100th anniversary of its creation.

“It’s very exciting,” Gillispie said. “It’s a great opportunity to tell our story in more ways to more people and to engage our community with the history of their institution.”

Along with the opening of new buildings and steps forward in the health and sustainability of campus, Duke’s centennial celebration in 2024 is among some major moments the Duke community can plan on over the next decade.

Here’s what we can look forward to in Duke’s next decade. 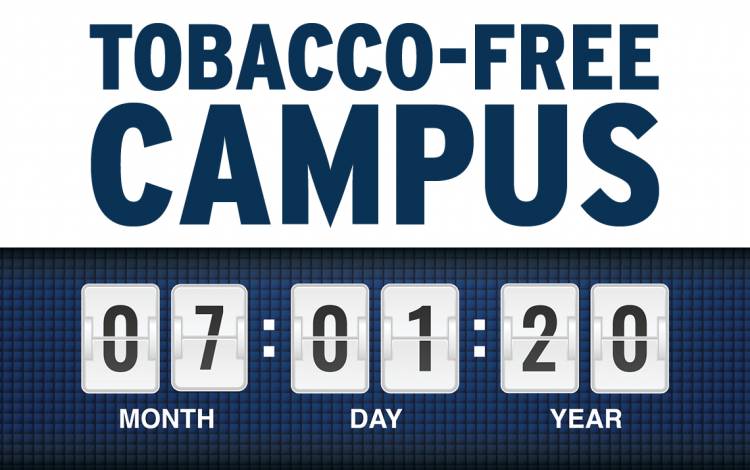 As part of the Healthy Duke initiative, the policy which prohibits all tobacco products – including all electronic smoking devices such as e-cigarettes and vaping products, cigarettes, cigars, hookah, chewing tobacco, snuff, IQOS, and all other forms of tobacco – will go into effect on all property and grounds owned or leased by Duke University. It's paired with robust smoking cessation resources available to members of the Duke community for free or at minimal cost.

“Smoking is the leading cause of preventable death, and there are issues for people who don’t smoke through second-hand smoke,” said Julie Joyner, program coordinator for Healthy Duke. “We also know that most people that do smoke want to quit, so this really aligns with what we want to do around Healthy Duke and elevating health among the values of the institution.” 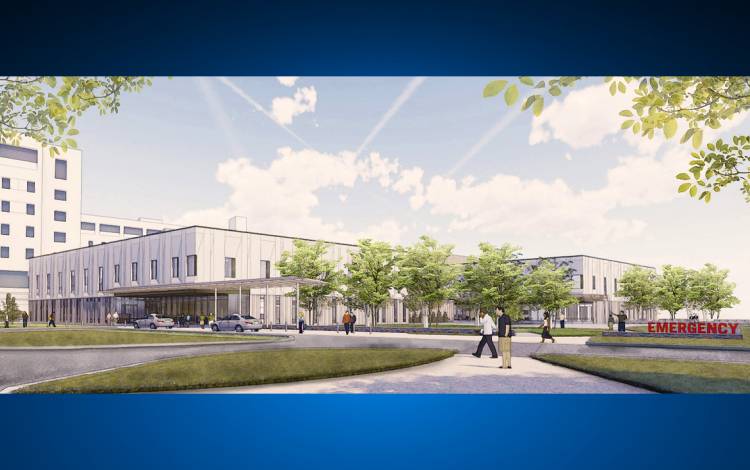 While new buildings such as the Brodhead Center, the Rubenstein Arts Center, Grainger Hall and the Duke Medicine Pavilion helped reshape campus in the past 10 years, the next decade will continue to bring new additions.

“This project is a concrete example of working together to improve the lives of individuals and all of the communities we serve,” said A. Eugene Washington, M.D., chancellor for health affairs and president and CEO of Duke University Health System. “Our patients, their families and their loved ones are why we’re here.”

Other projects that will take shape during the next decade are a new visitors’ center for the Sarah P. Duke Gardens, renovations to Lilly Library and a water hub on West Campus that will recycle water in an environmentally friendly way. 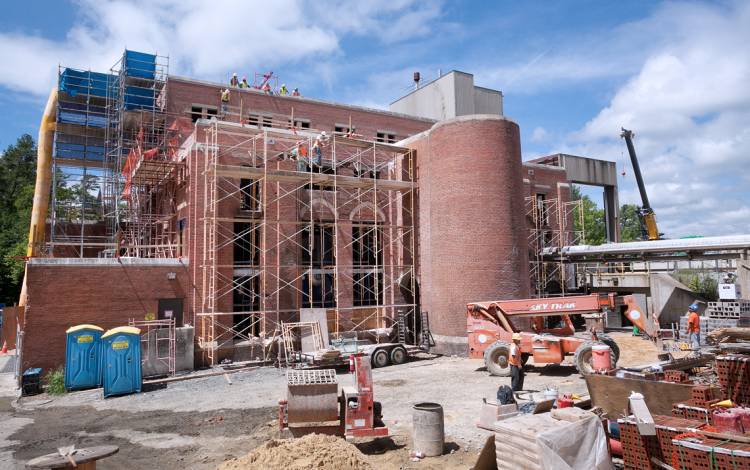 In 2007, Duke University set the ambitious goal of carbon neutrality by 2024.

In the 13 years since, decisions such as moving campus steam plants off of coal and stressing energy efficiency in campus operations building renovations and new construction, Duke has made progress toward its goal, lowering its carbon emissions by 20 percent since 2007.

“Through a combination of aggressive on-campus emission reductions and innovative carbon offsets, the Duke Climate Action Plan to meet this target has shaped many campus decisions around infrastructure, energy use, buildings and transportation,” said Tavey Capps, Duke’s sustainability director. “With less than five years to go, it’s imperative that Duke continue investment in carbon reduction measures and the campus community consider how they can personally reduce their footprint to meet our institutional goals.” 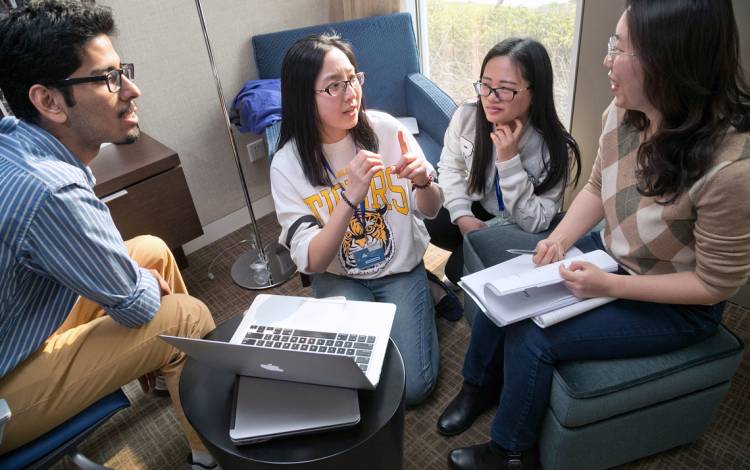 Established in 2013, Duke Kunshan University became the most prominent example of the university’s global reach. And over the next decade, DKU will grow its profile both in China and Durham.

Until 2018, DKU had only offered graduate-level courses. But in the fall of that year, the first group of undergraduates enrolled, meaning 2022 will see DKU hand out its first undergraduate degrees.

And, as part of their experience at DKU, the undergraduates will complete study abroad trips to Duke’s main campus in Durham starting this summer, deepening the bonds between the two schools.

Along with the Duke-NUS Medical School in Singapore and the influx of international students coming to Duke University, expect the institution’s global profile to continue to rise.

STEM Continues to be a Priority 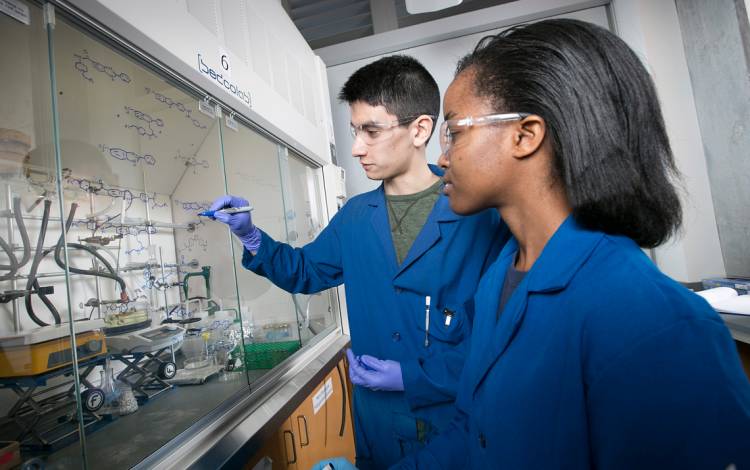 In “Together Duke,” the 2017 academic strategic plan, Duke set a goal for investing in the sciences and technology.

Together Duke states that “while the humanities and social sciences have held a pre-eminent place at Duke for the past few decades, increasingly we have come to realize that Duke cannot be a great university without great natural sciences, which are inclusive of mathematical sciences and technology.”

Duke’s push to enhance its work in those areas will continue in the next decade with the opening of a new engineering building and a continued push to recruit and support women and underrepresented minorities in science, technology, engineering and math fields.

This effort got a boost last year in the form of a $261 million gift that will support, among other things, science, technology and research at the Pratt School of Engineering. 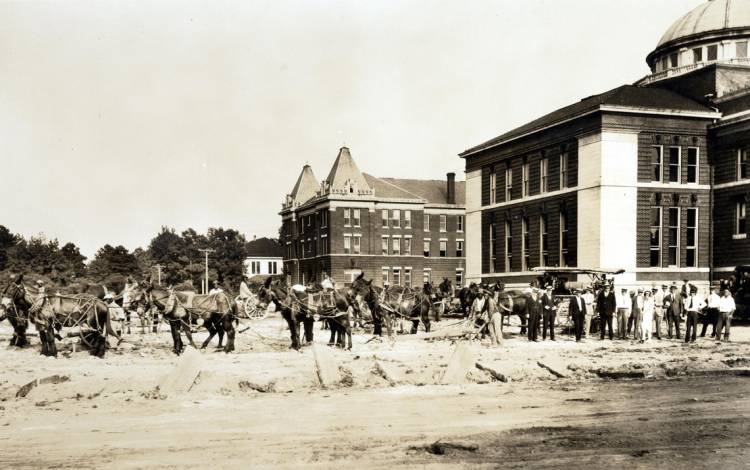 Duke’s 100th anniversary will commemorate James B. Duke’s 1924 formalization of the Duke Endowment, which set in motion several philanthropic initiatives, including a transformative amount of financial support to then Trinity College.

Trinity President William P. Few led the charge to change the institution’s name to Duke University in honor of the gesture.

The changes came quickly as, in 1925, work began on dramatic renovations to what is now East Campus. The Duke Graduate School and the Duke Divinity School were founded two years later and construction on West Campus began soon after in 1927.

Now a world-renowned university and health system, 2024 will offer the institution a chance to consider the path it’s taken and the one it continues to chart.

“There are a lot of different aspects to a centenary,” Gillispie said. “We can examine the history of the institution, but there is also a chance to look forward and imagine where we go next.”