At the end of June, Dr. Joe Talley will retire from his role as a staff psychologist with Duke’s Counseling & Psychological Services (CAPS). He’ll vacate his third-floor office in the Student Wellness Center and bequeath its straight-shot view of Duke University Chapel to someone else.

For 45 years, Talley helped Duke students through their mental health challenges. And while he’s seen plenty of change to Duke’s campus, and the way CAPS fits into it, throughout his service, the joy he found in helping students remained constant.

“The students have always been so interesting,” said Talley, who is also a professor in the Duke Department of Psychiatry and Behavioral Sciences. “We are, I believe, without stretching too much, impacting the world. People come out of here and they become very influential in businesses, in medicine, wherever. And we’re helping them contribute.” 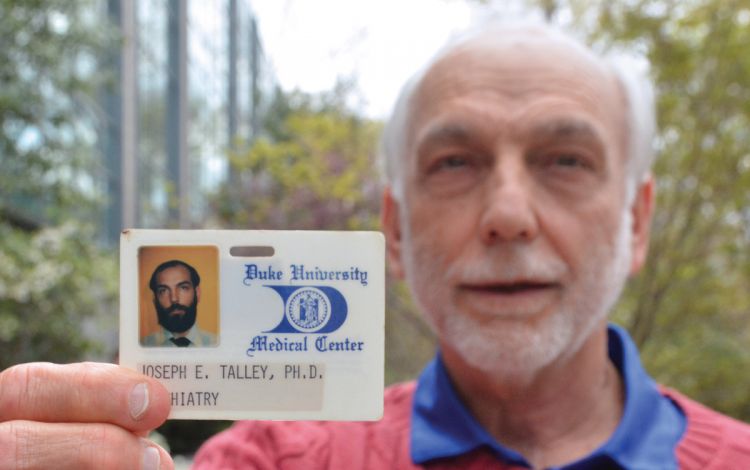 While Talley’s duties included training residents and teaching seminars to psychology interns, the biggest part of his job involved helping students with concerns about depression, anxiety, personal conflicts and the pressures of keeping up with college life. He said he tried to help his clients find their own, sustainable solutions by helping them see situations from different perspectives, or by embracing new behaviors such as meditation or reframing self-criticism.

“Joe is the quintessential career counseling center psychologist,” said longtime colleague Anita-Yvonne Bryant, a psychologist at CAPS and senior advisor for the Dean of Students. “He maintained a student-centered intervention approach before the psychological literature operationally defined the term.”

Talley arrived at Duke in 1977, joining the newly-formed CAPS unit, which was the result of a merger of a counseling team that helped students with career, roommate and relationship concerns, and a small group of mental health clinicians who worked with students.

Most of the CAPS group fit in a suite of five offices on the second floor of the Old Chemistry Building, with a few more colleagues working down the hall. Talley recalls students being somewhat hesitant in those days to seek help for mental health concerns. The prevailing sentiment was that people should always be in control of their thoughts and emotions. For many, failing to do so was a source of shame.

Talley said that early in his time of Duke, he heard of students asking for ways to discreetly come and go from their counseling session, not wanting to be spotted in the waiting room.

But as years went by, Talley noticed that the view of mental health counseling changed. In the wider society, seeking help for emotional and psychological problems became normalized. And at Duke, where students must navigate young adulthood and a rigorous academic environment, the campus culture became one where taking care of your mental and emotional health was encouraged. 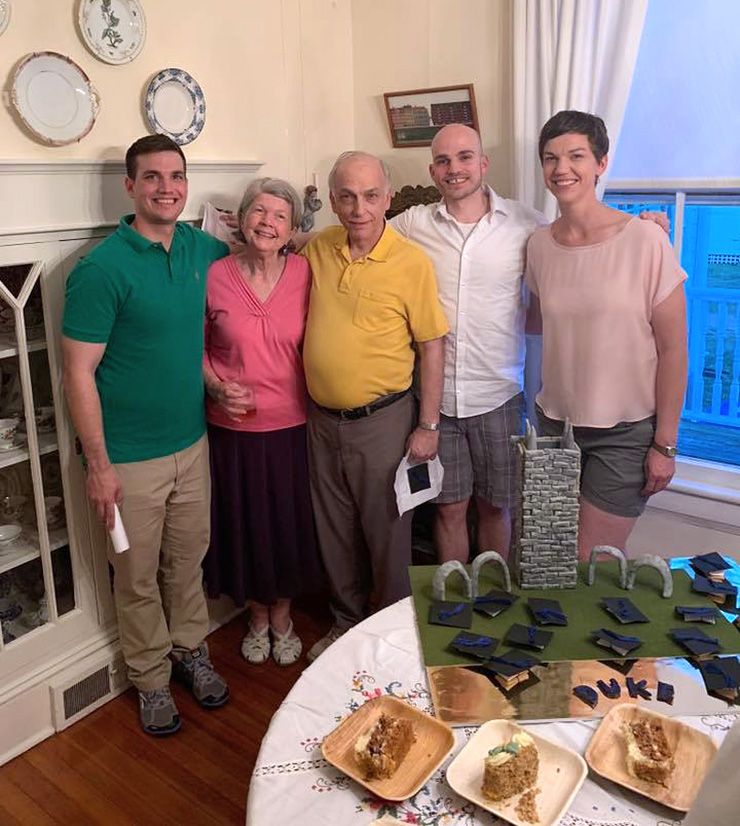 “You could see, over time, the stigmatization go away and it became more and more acceptable,” Talley said. “I’ve had students yell at me from across the quad ‘Hey, Dr. Talley, see you for my 3 o’clock appointment!’”

And in 2017, when the Duke Student Wellness Center opened, the building, with its sunny, wood-framed atrium, spaces for meditation, and clinics where students can get help with physical and mental health needs, was a tangible piece of Duke’s commitment to the mental well-being of its students.

“When you walk in and see this beautiful building and that lovely atrium with the great view, I think it shows that Duke values what we do,” Talley said.

Talley, who turns 73 on May 27, said he isn’t sure about what retirement will look like. He hopes to spend more time with his wife and three grown children, but he’d also like to continue helping clients, either in a part-time role at Duke or at a practice of his own.

Whatever path he takes after leaving Duke, he’s proud of the fact that he played a role in helping students move forward on theirs.

Are you or someone you know retiring from Duke soon? Let us know hrough our story idea form or write working@duke.edu.