The more Amanda Thomas learned about the 2014 outbreak of the Ebola virus in the African country of Liberia in 2014, the more she knew she couldn’t sit back and do nothing.

Then a nurse at Duke Regional Hospital, Thomas, who grew up in Liberia, started small, creating and sending care packages that included rubber gloves and masks.

At the time, the idea of sending three large shipping containers filled with potentially life-saving medical supplies seemed far-fetched. But with the help of REMEDY at Duke, which collects surplus medical supplies from Duke Health System, those shipments eventually became a reality, giving doctors in her home country some help in battling a deadly disease.

REMEDY at Duke is always looking for volunteers to help sort and package materials at its warehouse.

“I couldn’t believe it,” Thomas said of the initial shipment, an estimated 80 percent of which was surplus from Duke.

Since REMEDY at Duke’s official start more than a decade ago, the program has given Duke’s unused extra gloves, masks, instruments, gowns and gauze crucial second acts, helping medical professionals around the world. Serving the twin goals of improving care in impoverished places and repurposing surplus which, for various reasons, occurs naturally in all hospitals, REMEDY at Duke, donates the rough equivalent of three tractor trailer loads of supplies each year. Last year, it gave supplies to 26 different global health projects.“If we have what they need for their project, we can donate it,” said John Lohnes, a physician assistant with Duke Orthopaedic Surgery who coordinates the all-volunteer group and earned an Outstanding Leadership in Waste Reduction Award from Sustainable Duke in 2016. 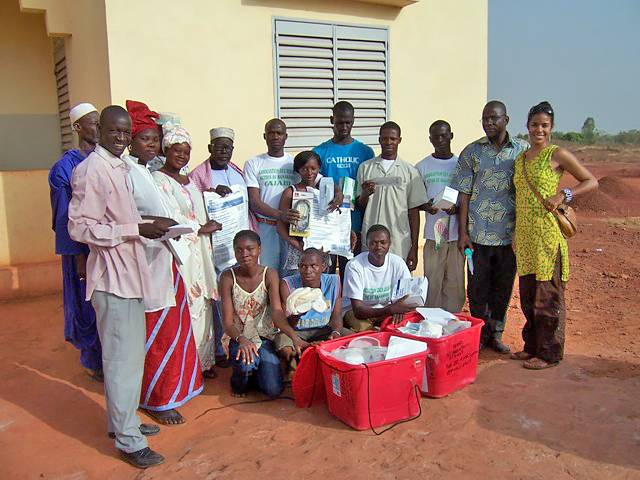 The roots of REMEDY at Duke go back to 1996, when a group of medical students at Duke began collecting surplus on a small scale for use elsewhere. Lohnes, who saw first-hand the need for supplies while working on global health efforts in Nicaragua, arrived at Duke in 2003. Inspired by a similar effort he’d seen during a stint at the University of North Carolina, he joined the program the Duke medical students had started.

In 2004, after figuring out some logistics, the formal REMEDY at Duke program was born. Before long, pallets of supplies were being stored at Duke’s off-campus warehouse ready to be used.

REMEDY at Duke doesn’t ship the items overseas itself. Instead, it furnishes the supplies for organizations and individuals who arrange transport.

While advances in efficiency have meant the flow of surplus has lessened, REMEDY at Duke has recently sent supplies to Bangladesh, Haiti, Moldova, Philippines, Tanzania and Ukraine. This spring, nursing students took supplies with them while doing work in Guatemala and Honduras. This summer, a medical student filled a duffel bag with supplies to distribute during a trip to Nepal.

And with the help of Thomas, there was also the shipment to Liberia.

Her familiarity with REMEDY at Duke began in 2014, after her care package efforts had grown into Operation Liberia-Ebola, an organization of Liberian ex-pats in multiple states. The problem of how to get the supplies proved to be a challenge.

Thomas, now a nurse manager at Duke Primary Care in Knightdale, said she was reaching out to manufacturers and other charities when co-workers got her in touch with REMEDY at Duke.

Lohnes said that when Operation Liberia-Ebola contacted REMEDY at Duke, it just so happened that the warehouse had a large supply of isolation gowns, gloves and protective equipment

“When they told me how many pallets he had, I was almost in tears,” Thomas said. “I couldn’t believe that I was going to be able to help my country that significantly.”

Before long, Operation Liberia-Ebola had found a way to get the three shipping containers, filled with roughly 20 pallets, to Liberia.

Thomas, who earned a Duke Diversity Award for her effort in 2014, said she still hears stories about what the shipment meant. One of her favorites is of a rural clinic that was on the brink of shutting down before supplies from the shipment arrived and allowed it to stay open.

“It made such a huge impact,” Thomas said.