Into her 40s, Dr. Valerie Ashby had what would be considered a successful career at any institution.

She had been promoted to full professor and was on her way to becoming chair of the Chemistry Department at the University of North Carolina at Chapel Hill, her alma mater.

“I have the job of my dreams. I’m back at my home institution, living my best life,” said Ashby, now 55 and Dean of Duke Trinity College of Arts & Sciences since 2015. “Inside, I’m torn up.”

Despite her success, Ashby said she felt “uniquely disqualified,” like a fraud among brilliant colleagues. To compensate, she said she overworked herself, spending long hours in the lab or navigating self-doubt.

Then one day in 2009, at age of 42, she searched Google, using terms that described her feelings and discovered she – like many high achievers – was dealing with impostor syndrome, a phenomenon where, despite skills and achievements, individuals doubt their abilities. About 82 percent of people face imposter syndrome at some point in their career, which can lead to burnout, according to the American Psychological Association.

“It is that feeling of ‘I am not as good as everybody else around me,’” said Ashby, who, over the past 15 years, has spoken about her experience with impostor syndrome to students and faculty across the United States and has been featured in The Chronicle of Higher Education.

Here’s how Ashby and other Duke colleagues have tackled imposter syndrome.

Ashby recommends taking a first step by breaking the silence.

She found the first tip — breaking the silence — in “10 Steps You Can Use to Overcome Impostor Syndrome,” a resource by Valerie Young. Ashby  discovered the steps during her initial Google search and started her journey by discussing how she felt with close friends and her Ph.D. advisor at UNC. When Ashby shared her feelings, she felt a weight lift, as friends validated her success. She didn’t feel alone. 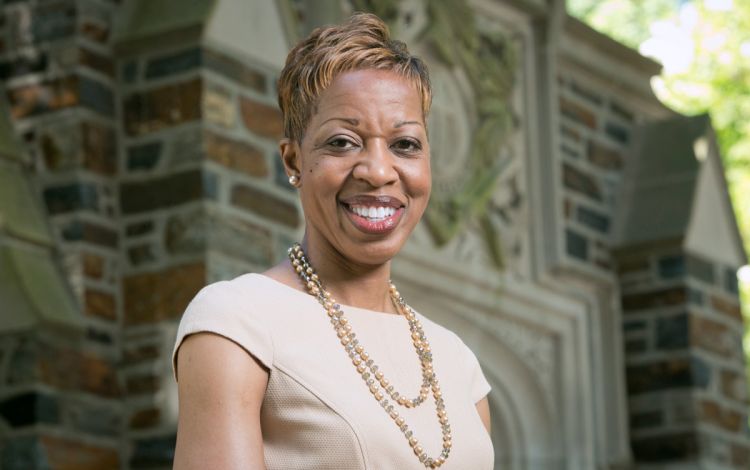 Even though she considers herself past impostor syndrome, Ashby practices breaking the silence today, returning to her support system by calling a friend or her advisor for a boost of confidence.

To help others move beyond self-doubt, Ashby has spoken about her experience widely, including at North Carolina State University, Notre Dame, Emory and UNC. In her work at Duke, the topic also comes up often talking with students or other community members.

“I enjoy doing it because it’s a mode of breaking that silence…I think it enables or empowers or strengthens people to break theirs.”

As a U.S. Air Force veteran who served seven years active duty, Dr. Will Bynum worried whether he was the right person for the job after he was notified that he would be deployed to Djibouti to provide medical support to U.S. military special operations missions in Africa.

While he had the experience and qualifications, he wondered whether he was a capable doctor, one of many times when he felt like a fraud. 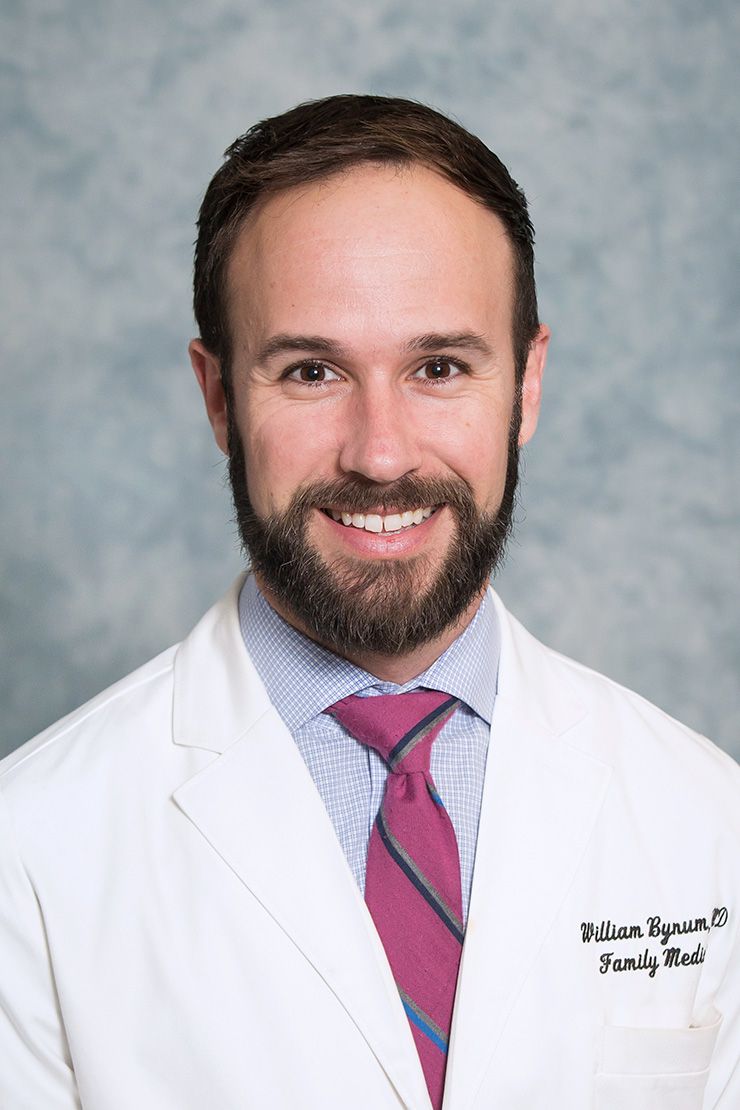 Now, 12 years later and an associate professor in Family Medicine and Community Health at Duke who explores shame in medical education in medical education, Bynum serves as a mentor to new doctors as the residency program director within the department. While some experts suggest putting yourself out there no matter what to build confidence, he avoids the “fake it ‘til you make it” strategy because he said the approach could fuel feeling like an impostor.

“We’re told all the time in medicine, especially as students, to ‘fake it ‘til you make it,’ just project confidence, even if you’re not confident. And some of that is necessary, as some confidence is required when working with patients,” he said. “But faking confidence can widen the gap between what I’m projecting to the outside world and what I actually believe about myself. And that gap can create a lot of tension.”

Bynum recommends being authentic, honest and self-compassionate when you feel unsure of yourself, so that projecting confidence reflects true feelings and is not a façade to hide low self-esteem. Being honest about impostor syndrome creates a safe environment where others can feel a collective experience. Rejecting ‘fake it ‘til you make it’ led Bynum to share his own experience in a 2019 article for the Association of American Medical Colleges.

“It’s very easy to feel like an impostor because I look around me and say, ‘Oh my god, everyone is so talented in a place like Duke. What about me?’” he said. “I don’t see myself as talented like that, so I must be the fraud. The irony is that lot of people are feeling that at the same time.”

Reflect on your feelings

On her first day of a Ph.D. program in literature at Indiana University, Dr. Maria LaMonaca Wisdom wanted to project confidence, so she introduced herself to each person in her cohort. 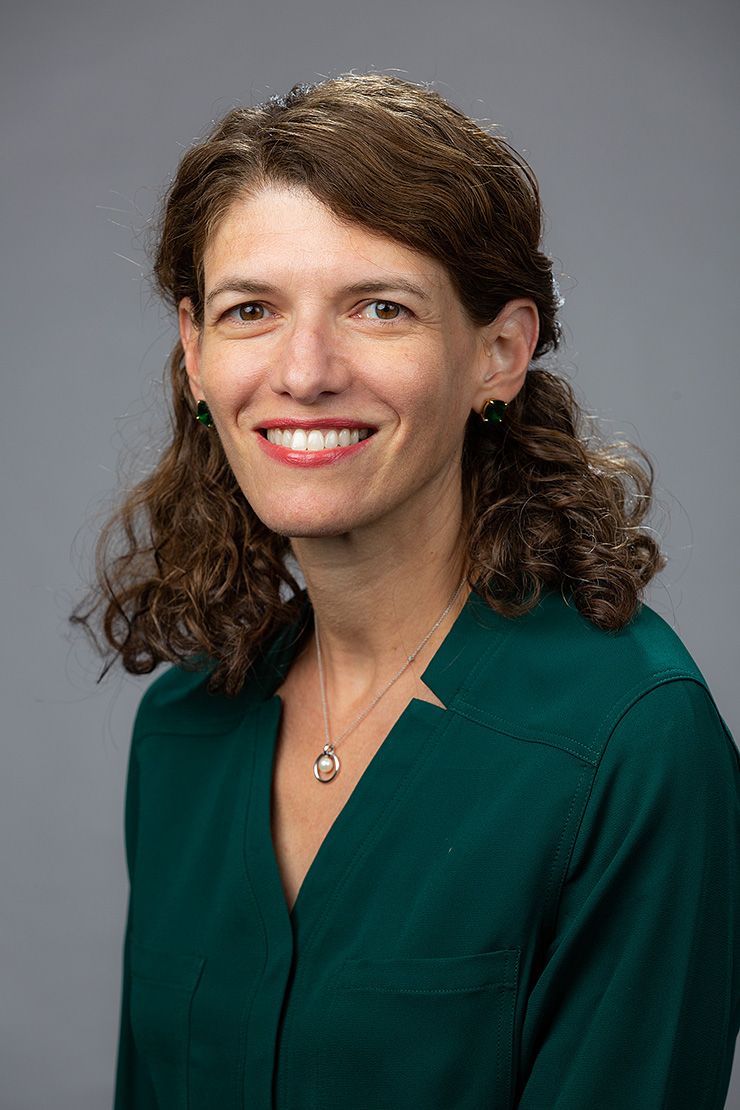 After one introduction, Wisdom realized she was speaking with the chair of the English department. The brief interaction made her feel embarrassed, and she worried whether she would be a good fit in the program.

Later, Wisdom reflected on her experience. Eventually, she came to the conclusion that impostor syndrome was only a feeling, one that would pass. Her reflection led her to better understand and respond to moments that triggered insecurities.

Now, in her work as director of Mentoring and Coaching Programs for the Duke Office of Faculty Advancement, Wisdom advises graduate students and coaches early- and mid-career faculty. In workshops and other sessions, she encourages self-reflection to build confidence.

She suggests creating a plan, and eventually, through the process, feelings of self-doubt will begin to fade.

“Once people start thinking about the bigger picture, it helps them to get past these insecurities about how they’re showing up,” she said. “At the end of the day, impostor syndrome is somewhat very self-focused. If we can try to get people thinking more about, ‘what can I contribute to the department? What can I contribute to the discipline? How can I help others around me?’ It can help us break out of that paralyzing self-consciousness about whether or not we’re worthy here.”