For now, the inside of a new 60-foot-tall Chilled Water Thermal Storage Tank is empty as the finishing touches are put in place for an expected opening next April 2022. The 115-foot diameter water tank adjacent to Chiller Plant No. 3 on Central Campus will soon be sealed, marking a key milestone for an important addition to sustainability efforts at Duke.

Once fully operational, the water in the tank will be chilled overnight to 39 degrees Fahrenheit during off-peak hours when electricity rates are lower and chilled water production is more efficient. Then during peak times of day, the chilled water will be pumped into the miles of pipes across campus to cool buildings. 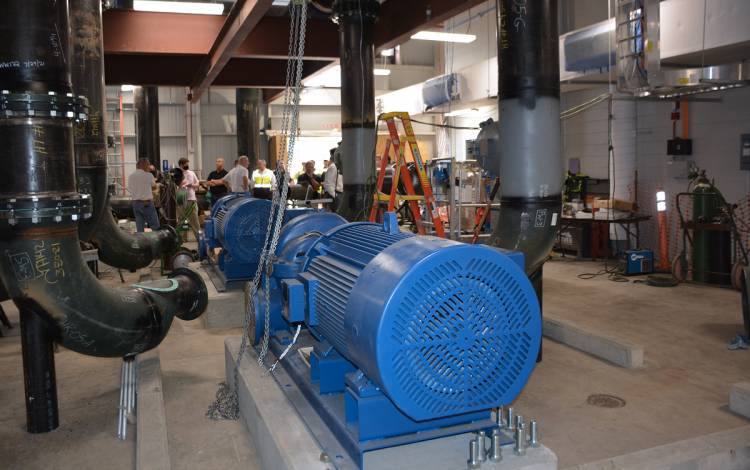 “Although the tank is connected to the entire campus system, the first customer on the pipeline is the hospitals and Medical Center clinics,” said Steve Carrow, project manager with Duke Facilities Management. “Chilled water will be pumped into tank at night when electrical costs are cheaper. During the day, the water will be discharged into the loop.”
The chilled water tank will allow for two fewer chillers to operate in one of Duke’s three chilled water plants during the peak of the day. By running chillers at night instead of during the day, the tank will lower the campus electrical demand, saving Duke approximately $550,000 per year in energy costs. 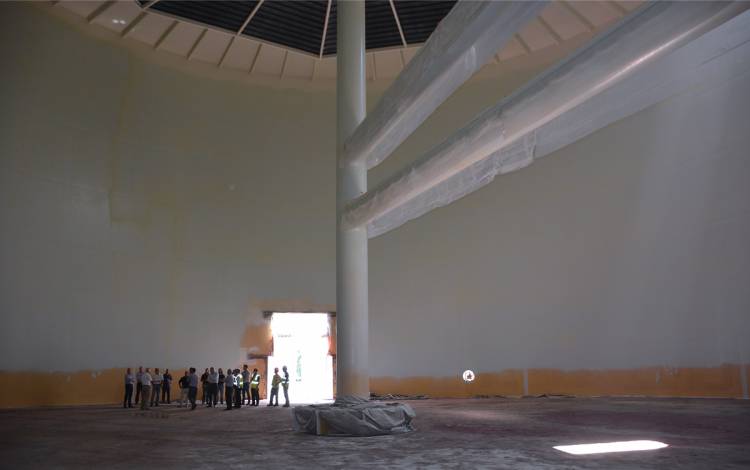 The tank’s location on Central Campus is ideal for serving the new Duke Health Bed Tower Addition, a 13-story addition expected to fully open later this year with patient rooms for pediatric, intensive care or post-operation recovery. The tank can be used as an emergency source of water for the chiller plant cooling towers in case of a loss of city water.  The tank also provides for maximizing the emergency generator capacity on campus in case of a loss of power by allowing for chilled water production during off-peak times.

“If we lose a chiller during the day, we can ramp the output of the tank much faster than starting another chiller,” said Russell Thompson, director of Utility & Engineering Services in Facilities Management. “That way, the campus impact of us losing a chiller is lessened.”

Once the tank is sealed in September, it will be filled with water starting in early October. At capacity, the tank can begin the process of insulation to prepare for decades of use starting next spring.  The three-month insulation process will begin by the end of October, wrapping the entire tank in two-inch aluminum jacketing that will complement the color pattern of Chiller Plant No. 3. 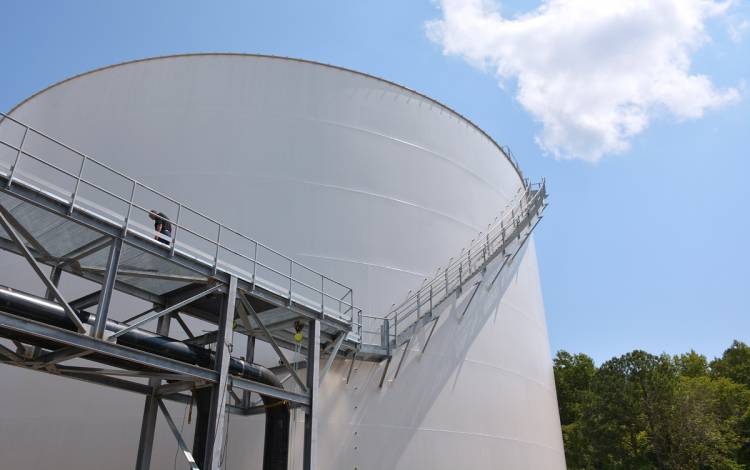 In January 2022, the controls for the tank will be installed for pumps and valves while monitoring temperature in the unit.

By early spring, water from the tank will begin to be introduced to the larger system around campus in preparation for full use in April. The addition of the chilled water tank as a sustainable effort works hand in hand with its efficiency, which will be important for Duke as it grows.