Standing in the middle of Campus Drive, the outstretched hand of Duke Police Officer Eric Russell held back U-Haul trailers, mini vans and cars lined up in lanes of cones for first-year student move-in Tuesday on East Campus.

When it was time to begin, a message from officers stationed down the street came through Russell’s radio. He strapped on sunglasses, motioned toward the first car and began orchestrating vehicles one by one through a roundabout and toward residence halls — guiding traffic with a calm and relaxed demeanor.

As Duke welcomes the most students it has enrolled in recent memory, Russell and staff from other operational units were in full swing all over campus to welcome the Class of 2025 with a smile.

More than 1,700 members of the Class of 2025 arrived on campus Tuesday, but after unpacking and before they could get comfortable, they had to take their first test: A COVID-19 test in East Campus' Brodie Gym.

After a difficult year and a half due to the COVID-19 pandemic, staff in Student Affairs, Dining Services, Parking and Transportation, Duke Police and the COVID-19 entry testing sites helped usher in a safe move-in experience bustling with excitement.

“Move in day is one of the most exciting days that we have on campus. It is a symbol and a transition for families and our students joining the Duke community,” said Kyle Cavanaugh, vice president for administration. "Student Affairs, Parking and Transportation, Police, Dining Services and our Office of Information Technology — all of our support areas — relish the opportunity to meet these new members of the Duke community. Given the challenging times we’re all living through, it was an incredible day. To see this come to fruition after the last year was terrific.”

Here are some scenes from move-in as Duke’s class of 2025 – comprising 1,752 students from 48 states and 85 foreign countries – settles into another historic academic year. 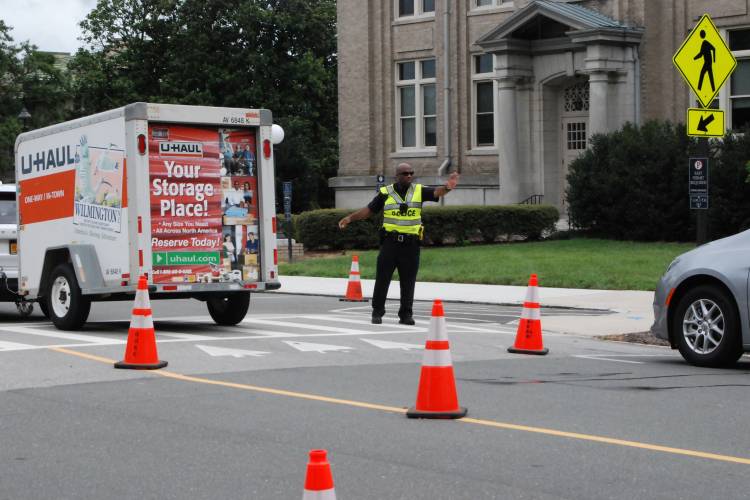 Russell, who has been a law enforcement officer for 31 years, appreciated his role in providing a a friendly face for new students on their first official day on campus.

“I enjoy the kids’ first experience at Duke,” Russell said. “I get to welcome them, and I enjoy it.”

Russell was one of 25 officers, who worked in collaboration with Durham Police and campus security to help facilitate traffic around campus and answer questions. 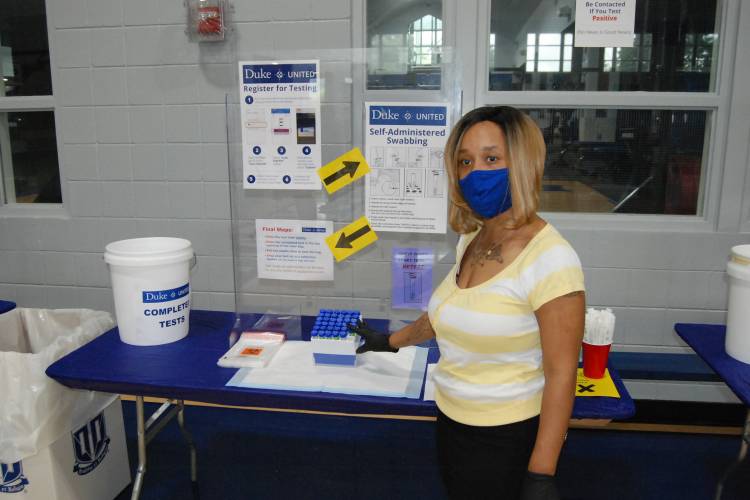 Approximately 1,415 required entry tests for COVID-19 were completed by students on Tuesday, including about 1,300 at Brodie Recreation Center on East Campus.

Allison Gentry was one of a dozen site coordinators stationed in the gym to help guide students through swabbing their noses to perform tests safely and accurately.

“Honestly, it’s important so students can have a normal life coming back to school,” Gentry said. “I think it’s important for saving lives and some sort of normalcy.”

From arrival to departure, the process took about five minutes to complete as the site saw about 100 students each hour.

After entry test, students on campus will continue to be tested each week throughout the semester as part of surveillance testing. Gentry and others made it their goal to make sure the first experience was a happy one.

“There has not been any problems,” Gentry said. “I’ve seen where once they get tested, it’s not as bad as they thought it was.”

Marking the transition to fall 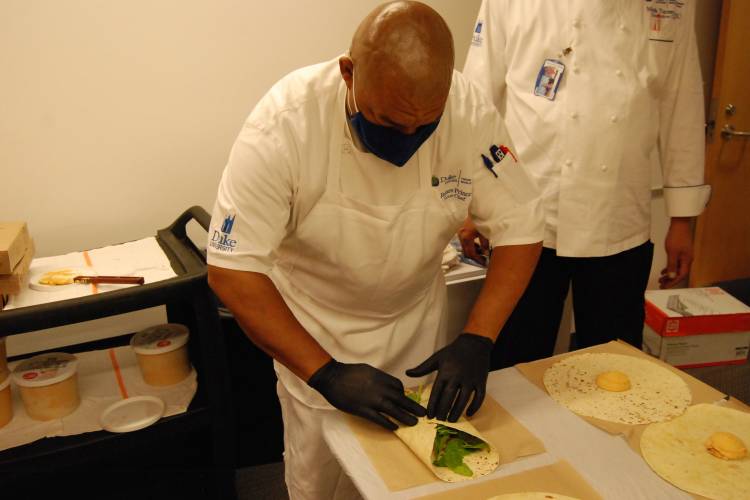 Wrapping flour tortillas filled with red pepper hummus, roasted squash and fresh spinach, Marketplace sous chef James Prince was happy to be back in a regular rush to prepare to feed East Campus.

The better part of the past year and a half has seen smaller crowds, but Tuesday marked a transition to the fall schedule.

Since the past weekend, Prince has been working with about 70 team members in Dining  to prepare, package and disperse more than 5,000 packaged lunches to first-year students to enjoy on their first day. 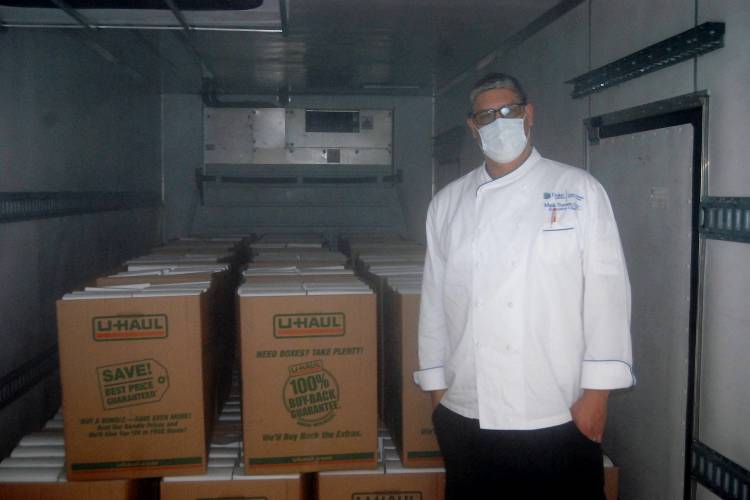 By Tuesday morning, Turner stood in front of more than 2,000 boxes of food that had been prepared and loaded onto a temperature-controlled truck to be eaten later that day. Stepping off the truck, Turner’s rounds through the kitchen continued as team members used every inch of kitchen space to cook, prepare and box food.

Even in masks, laughter and smiles bubbled over the kitchen area during a morning routine that, for once, felt normal and comfortable again. As lunches were prepared, part of the crew cooked breakfast and stirred vats of grits and oatmeal.

“It’s easy when you have seasoned veterans like her,” Turner said, pointing to Barbara Phelmetta, who makes the best grits on campus.

“We do this all the time,” said Phelmetta, who has worked for Dining for 35 years. “We’re used to it. We’ve seen it all.”

After the ramp up for Tuesday, operations to prepare food isn’t expected to slow down. 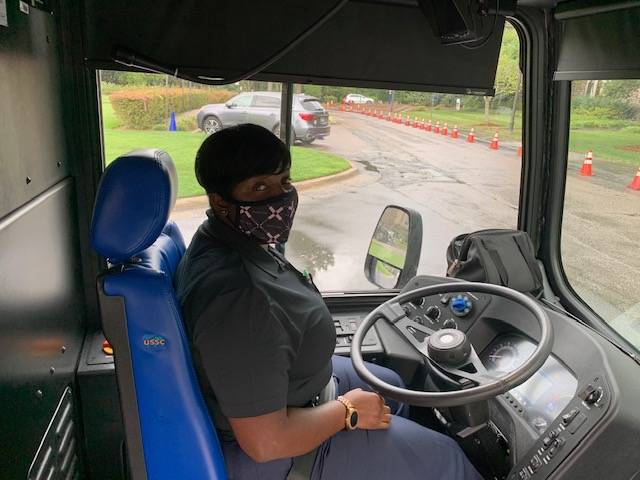 Driving the C1 bus route to and from East and West campuses, Patricia Medley saw a different side of Duke on move-in day as a new Duke bus driver. On only her second day driving the route, she shuttled students and their families to and from destinations.

“This is only my second day driving, so I don’t know what it was like before, but today has been really great,” Medley said.