What he does at Duke: When patients need to a doctor or nurse at the roughly 30 Duke Primary Care locations he works with, Eric Timberlake may be one of the people who helps them set it up. As a scheduling coordinator, Timberlake fields phone calls from patients looking for appointments with physicians or nurses, or to get a specific test. He gathers information and sifts through the schedules of Duke’s clinics to find a time and place for them to quickly connect with the right provider. 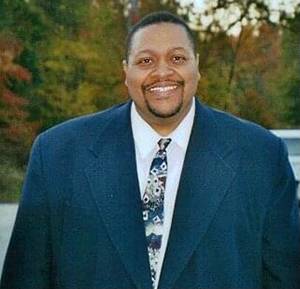 How his job has changed during the pandemic: Prior to COVID-19, Timberlake split his time working from home and the Patient Revenue Management Organization building on Alston Avenue and occasionally worked from his Durham home. But once Timberlake’s team shifted to full-time off-site work last March, the spare bedroom in his house, which had been filled with musical instruments, became his new workspace.

In there, with a computer and monitor, he handles around 150 to 200 calls per day for both in-person and telehealth appointments. He said his quiet home office setting helps him thrive in his role by answering calls quickly, getting information in an efficient way and making sure everyone who calls gets what they need.

“When the calls starting coming, I can get locked in,” Timberlake said. “I tell my managers that it seems like I’ll have more appointments coming in when I’m at home than when was at work.”

What aspect of work is he most proud of during these challenging times? Timberlake said his team’s transition to remote work was fairly seamless. He credits that to his supportive and positive group of colleagues and managers and the fact that he felt he had everything he needed to do his job.

From a computer set-up that allowed him to communicate effectively with patients and others in his unit, to plenty of online training workshops and exercises that helped him stay up to date on quickly changing protocols and procedures, Timberlake said he never felt overwhelmed during the transition.

“We were able to handle the challenge because we were equipped with the training, the experience, the knowledge, the flexibility and the heart,” Timberlake said. “Whether you were a doctor or a scheduler, everybody felt the impact of the pandemic. But the good thing about it was that Duke made sure that we were all equipped mentally and physically able to adjust as new things were sent down the chain.”

What he likes about working from home: Prior to the pandemic, Timberlake made a 20-minute commute each morning from his home to his office in south Durham. Now, with his office in a spare bedroom, his morning routine is much easier and helps him get his day started quickly.

“I can run through the shower, brush my teeth, get some breakfast, come back here to the bedroom and I’m ready to go to work,” Timberlake said. “I have a set-up that works really well.”

What has gotten him through the pandemic: Timberlake said that, amid the stress, uncertainty and difficult headlines of the past year, his Christian faith has remained the guiding force in his life. He said reading the bible has always served to uplift him and help him make sense of challenging times.

“For me, that was good, sound doctrine that helped me a whole lot,” Timberlake said.

Advice for others: Timberlake said that, for people who are going through hard times, such as those that many have experienced during the pandemic, it’s important to remember that you’re not alone. Whether it’s family, friends, faith communities or, as Timberlake pointed out, Duke’s employee resources for mental and emotional wellness, there are places you can turn to when things get difficult.

“When trouble gets you down, don’t give up,” Timberlake said. “You have resources you can tap into.” 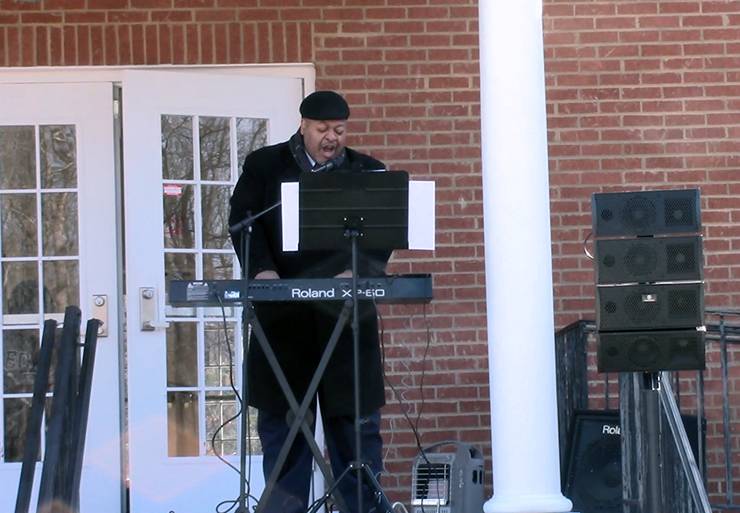 Something most people don’t know about him: Music has always been a major part of Timberlake’s life. His father was the paster at the Cedar Grove Missionary Baptist Church in Roxboro and both parents were singers in the church. At different points of his life, Timberlake has played the keyboard, bass guitar, electric guitar and drums.

“I play a few instruments, but I’m a master of none,” Timberlake jokes.

“People would stay in their cars, we’d set up a PA system and we’d have worship services outside,” Timberlake said. “When a lot of musicians were out of it, I was about to still help. I felt like it was my purpose. I want to reach as many people as I can in song.”