Dr. Kafui Dzirasa is K. Ranga Rama Krishnan Associate Professor in the Department of Psychiatry and Behavioral Sciences with additional appointments in the departments of neurobiology, biomedical engineering and neurosurgery. This article was originally appeared in Cell magazine. 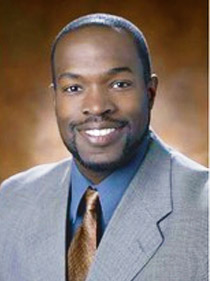 I am a medical doctor and a scientist; the first African American awarded a PhD in neuroscience at Duke University. I have led a National Institutes of Health-funded research lab for almost a decade, and I was awarded the Society for Neuroscience Young Investigator Prize in 2019. I am an American Association for the Advancement of Science Alan I. Leshner Public Engagement Fellow, and I have hosted TEDMED three times.

I am a scholar, teacher, mentor, speaker, and mental health advocate. I have served on national commissions, I have advanced federal policy, and I have even held court with a president of the United States. I have published in Cell scientific journals, and as a peer reviewer, I have worked to advance the scientific rigor of my colleagues. Yet, most days, I am unseen and unknown. As I watched a knee slowly, mercilessly, and inhumanly extinguish yet another black life, I was overwhelmed by anger and sorrow, and at this very moment, I am terrified to run on the trail near my home. I am a black academic in America.

Academia is the space where evidence is created, explored, and shared. I started medical school 20 years ago full of the belief that everyone was equal and that scientific evidence was fair, unbiased, and always reflected the truth. Yet, I was soon confronted by overwhelming images of black men in my textbooks who all had advanced-staged sexually transmitted diseases. Surely it wasn’t only black men that get STDs? These subtexts about race and health infected many of the narratives that accompanied daily morning rounds in the hospital. One day, it became strikingly clear that the academic system was subtly advancing an insidious idea that everyone was not indeed equal.

As I grew as a scientist, I began to recognize the profound consequences of this insidious framework. I learned that blacks were underrepresented in the clinical trials used to achieve FDA approval for many commonly prescribed medications. How could any well-reasoned scholar then argue that these medications worked as well for black patients? Even the large-scale genomic studies I read in the world-leading scientific journals as a physician-scientist trainee did not extrapolate to blacks. Did black lives even matter with regards to the equitable development and distribution of medical interventions? Every corner of the academic system seemed to suggest that they did not, and there were few black academics to generate alternative evidence to confront this insidiously biased framework. Even now, only 1–2 percent of scientists awarded major grants by the National Institutes of Health are black. Painfully, scientific evidence also suggests that even after accounting for training institutions, publication records, and major awards, the review system used to select winners for these research grants is biased against blacks.

While these systematic realities each take their emotional and intellectual toll, my personal experiences as a black academic in America have been much more scarring. There was the time a ‘‘well-meaning’’ individual called the police to report a black man soliciting in my friend’s neighborhood. The squad car arrived as I was walking toward my friend’s house from a nearby pond; my Danskos, scrubs, white coat, Duke medical school ID badge, and the oversized anatomy book in my hand were not sufficient evidence to bypass their 20 minute inquisition.

“Every meeting is my protest. Every protest is exhausting. There is a price that I pay every single day.”
-- Dr. Kafui Dzirasa

There was the first time that I was invited to give a keynote lecture at a major international conference. While I stood in the hotel lobby with my colleagues, a woman walked through the crowd and handed me her suitcase. I was the only black face in sight. Then, there are the endless occasions where colleagues who always say ‘‘hi’’ when I am wearing my white coat either don’t recognize me when I wave or even make eye contact with me when I am wearing sweatpants (my preferred outfit in the lab).

The most embarrassing experience was when I went to grab a slice of pizza at my department lunch after a student seminar. A staff member quickly approached and asked me who I work for (myself) and then whose lab I was in (my own) as if I had not understood the question, though we were literally standing in the same research building that I’ve spent the vast majority of my time in as a graduate student, postdoctoral researcher, clinical resident, and faculty over the last 20 years. I responded in the same way I always do. I hid myself and answered with a smile. I am a black man, and the idea of making people feel uncomfortable about my presence always feels like career suicide.

Since then, I’ve sat in far too many meetings where there are no faces that look like mine. ‘‘The pipeline doesn’t exist—it’s impossible to recruit talented black people,’’ they say. And so, I choose to quietly protest this entire academic system with my excellence. I held my protests at Duke, MIT, Harvard, Johns Hopkins, WashU, UPenn, Yale, Weill Cornell, Mt. Sinai School of Medicine, Stanford, UCSF, Columbia, UVA, University of Rochester, Tufts, University of Maryland School of Medicine, UT Southwestern, Baylor, NYU, University of Chicago, Northwestern, UIC, UT San Antonio, UNC, NC State, Brown, University of Buffalo, Ohio State, University of Minnesota, UCSD, UCLA, University of Colorado Anschultz, Cal Tech, National Institutes of Health, Woods Hole, Einstein, and the University of Florida. For the few black trainees in the audience, it is the first time that they see a face that looks like theirs at the podium. I prepare endlessly to become the best because my excellence gives these trainees hope.

I must outwork this system. I must outlast this system. I must be scientifically sound and full of wit. It’s the only way to have impact. I must be endlessly optimistic. It’s the only way to endure the unceasing environmental cues that scream I don’t belong. I bear the full weight of my experiences, my perspectives, and my community as I work tirelessly to advance the biomedical research enterprise and the mental health of all Americans.

Every meeting is my protest. Every protest is exhausting. There is a price that I pay every single day. I accept this unfathomable personal cost to create new evidence and to counterbalance insidious historical untruths.

I also bear the shared experiences of the many young scientists that I mentor. We are all tired, and we have been crippled by the weight of these chronic and acute experiences. And yet, we all continue to yearn and desperately hope for a day when AllLivesMatter. This was Martin Luther King Jr.’s dream, the self-evident promise whispered at our precious America’s inception. We are drowning in sorrow.

Yet, we are also overbrimming with hope as our beloved America finally awakens to the notion that all lives cannot matter until BlackLivesMatter too. We are black academics in America. We too define the truth, and it is time for our colleagues to listen and, in this instance, follow.