Earlier this year, we asked you to share in only six words what you value about working at Duke. Nearly 550 stories, both heartfelt and humorous, were submitted during the three-week campaign.

Ivan Ross of the Duke Talent Identification Program won for his story, but many narratives touched us. Inspired by his late mother Linda, who instilled an appreciation of learning in her four children, Ross wrote, “Mom would be proud of me.”

Meet the people behind some other Six Word Stories.

“No longer homeless with my children” 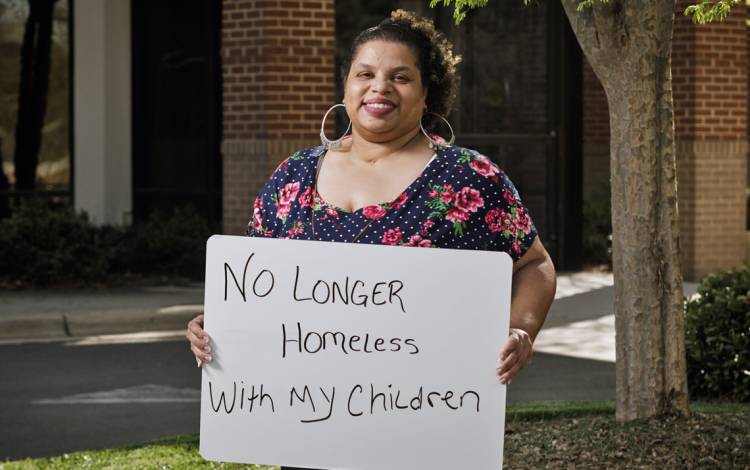 For Virgie Townsend, a position as medical assistant at the North Carolina Orthopedic Clinic, which is part of Duke Health, finally gave her family firm footing.

A decade ago, Townsend fled an abusive relationship by boarding a bus with her three children to North Carolina, where she had a handful of relatives. For two years, Townsend, who worked as a certified nursing assistant, rented a house in Raleigh. But when the house went into foreclosure, it began a years-long period of instability.

She had an apartment for a year before health problems got in the way of her two jobs, leaving her unable to keep up with rent. She found another apartment but had to leave after a roof leak left it uninhabitable.

In between, she and her children stayed in shelters, churches, friends’ homes, hotels and, on many nights, Townsend’s Saturn Relay minivan.

Eventually, Townsend got help from Passage Home, a Raleigh-based non-profit devoted to breaking the cycle of poverty. Passage Home helped Townsend and her family find an apartment in late 2015.

Last year, after struggling to make ends meet with several part-time jobs, she joined the staff at the North Carolina Orthopedic Clinic as a temporary worker. When her position was made permanent a few months later, it was an answered prayer.

“I love what I do,” Townsend said. “I don’t worry about my housing anymore. I’m not worried about how I’m going to take care of my family. I’m good now. I’m stable.”

“Far from home, found a family” 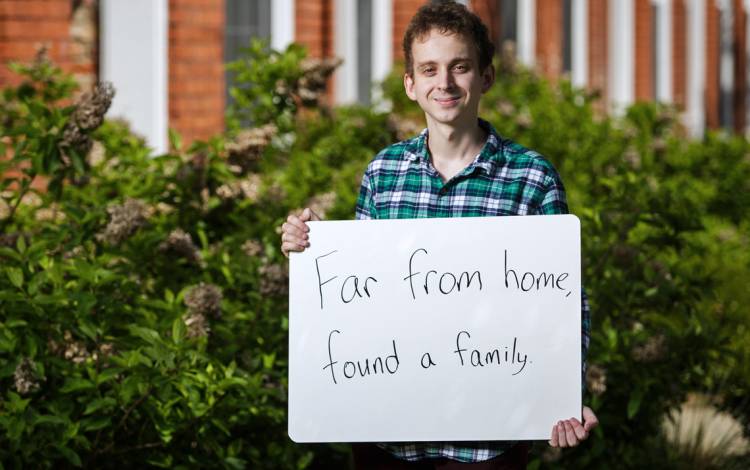 Hans Harlacher hasn’t been at Duke long, but he already feels like he belongs.

A communications specialist for the Faculty Data Project in the Office of the Provost, Harlacher joined Duke’s staff earlier this year, not long after graduating from the University of North Carolina.

Harlacher, who grew up in Emerald Isle, didn’t know anyone at Duke and was worried about how he’d fit in at his first real job.

“As soon as I started working here, all of those fears and uncertainties I had went away because of the incredible team members I work with and how quickly they opened their arms and accepted me,” Harlacher said. “They gave me a sense of being a part of something.”

In addition to providing encouragement and camaraderie in the office, Harlacher said colleagues have bonded over lunches out and mutual interests such as college basketball.

“I really appreciate the bonds that I’ve made in the short time I’ve been here,” Harlacher said. “It’s been an incredible experience. It shows that they value me as more than just an employee.”

“My small part makes a difference” 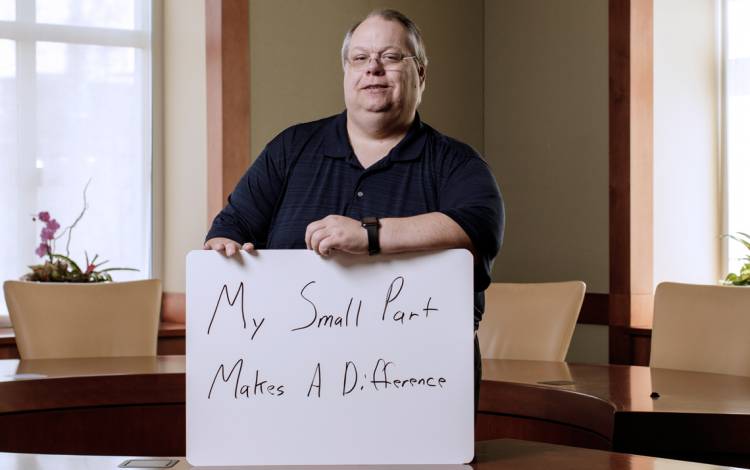 At first glance, William Falls’ work as an accounting specialist in the School of Nursing seems a bit mundane. Much of his day involves overseeing financial details and paperwork behind getting resources
to the school’s faculty.

But all he has to do is leave his office on the third floor of the Pearson Building to see why he does it.

Whether they’re walking the halls, studying in the sun-splashed atrium or learning in the classrooms or simulated clinical settings of the state-of-the-art Center for Nursing Discovery, nursing students are part of daily life at Falls’ workplace. And Falls knows that someday soon, they’ll be delivering care to patients.

One of those patients, Lorilee Falls, his wife, is never far from his thoughts.

Lorilee and William Falls were 30 days shy of their 15th wedding anniversary when she died in 2004 from endometrial cancer. The cancer was far along when it was discovered, so Lorilee spent the final months of her life undergoing surgeries and intense treatments at Duke University Hospital.

“Everyone that we dealt with in her care was amazing,” Falls said. “The nurses were so wonderful. I can’t put into words what it made me feel to see how well they took care of her.”

It wasn’t until a few years later that Falls joined the School of Nursing staff. He may not work closely with the future caregivers he sees each day, but Lorilee’s memory serves as powerful motivation to do all he can to help them.

“That keeps me going,” Falls said. “What I’m doing may not sound exciting, but I know I’m a part of something that’s important, something that makes a difference.”

Duke Resources for Those Affected by Local and World Events