Long winter nights make for good reads. Duke publications from the fall and winter include attractions for readers of many interests.  For history buffs, there's new history of the American West and a timely assessment of economic sanctions. For politicos, there's a blueprint for protecting democracy and a study of the contributions of migrants to various cultures. Movie fans can read about the history of Asians in theater and cinema and a surprising look at the politics of Marvel movies.

Many of the books, including new editions of previous titles, can be found on the “Duke Authors” display shelves near the circulation desk in Perkins Library. Some are available as e-books for quick download. Most can also be purchased through the Gothic Bookshop.

[If you are a member of the Duke faculty or staff who will be publishing a book of interest to a general audience, send us a message at dukenews@duke.edu along with your publisher's brief description.]

The concept of sculpture is a particularly European idea, write Abe, associate professor of art and art history. In China statues, stele, and other figural objects were made for millennia but were not categorized as sculpture. In his new book, Abe explains how these were seen in China as objects beyond the European definition of sculpture.

Barton, an assistant professor in orthopaedic surgery, brings theologians of disability, biblical accounts of baptism, baptismal liturgies, and theological voices from across the ecumenical spectrum in conversation with Christians shaped by intellectual disability. 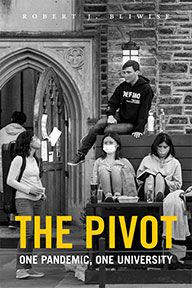 Bruce Caldwell and co-author Hansjoerg Klausinger draw on never-before-seen archival and family material to produce an authoritative account of the first five decades in the life of Friedrich Hayak, an economist, social theorist, leader of the Austrian school of economics, and champion of classical liberalism. Caldwell is research professor of economics. 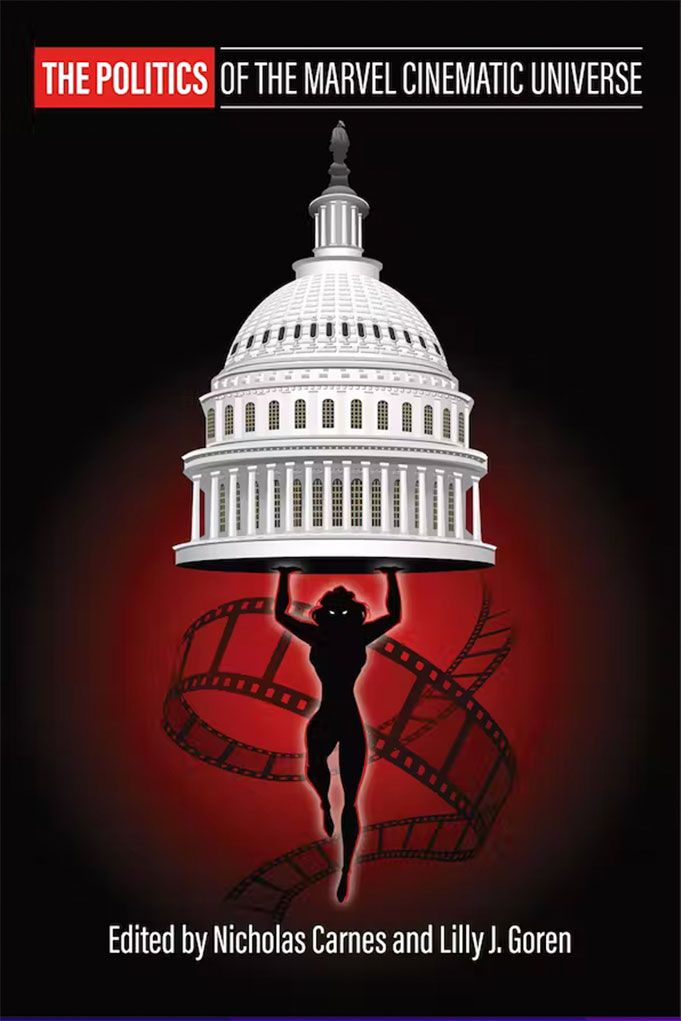 This is the first book to look expansively at politics in the Marvel Cinematic Universe and asks the question, “What lessons are this entertainment juggernaut teaching audiences about politics, society, power, gender, and inequality?” Carnes is Creed C. Black Professor in the Sanford School of Public Policy.

This volume presents studies from experts in 12 industries, providing insights into the future role of innovation and entrepreneurship in driving economic growth across 12 different sectors. Currently on leave as chief economist of the United States Department of Commerce, Chatterji is Mark Burgess & Lisa Benson-Burgess Distinguished Professor 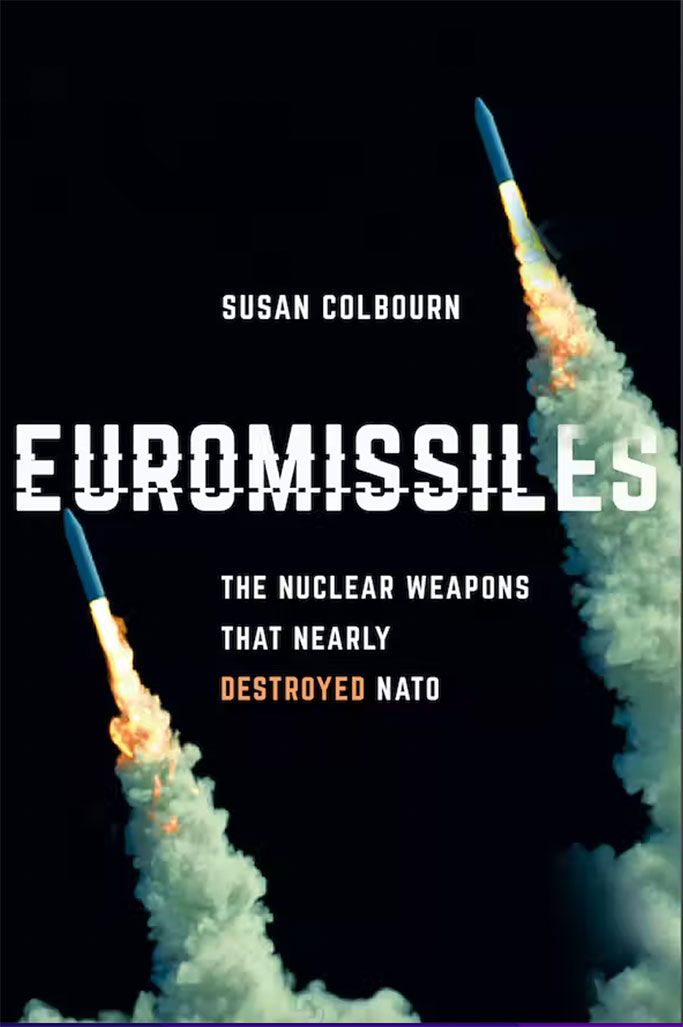 Associate director of the Triangle Institute for Security Studies, Colbourn takes a long view of the strategic crisis — from the emerging dilemmas of allied defense in the early 1950s through the aftermath of the INF Treaty 35 years later. The result is a dramatic tale that changes the way we think about the Cold War and its culmination.

Staged Readings presents an examination of mid-19th century leisure and entertainment. It examines best-selling novels, such as Harriet Beecher Stowe’s Uncle Tom’s Cabin and George Lippard’s The Quaker City. But it also analyzes a series of sensational melodramas. The book will be particularly appealing to those interested in histories of popular theater, literature and reading. D’Alessandro is assistant professor of English.

The professor of history surveys the history of the U.S. West from 1898 to 1940. Deutsch writes about the region’s role in constructing U.S. racial formations and argues that the West as a region was as important as the South in constructing the United States as a “white man’s country.”

The two Duke philosophy professors edit a volume that offers 14 chapters that address matters relating to consciousness, perception, behavior, and moral judgment, each written by a team that includes at least one philosopher and one neuroscientist who integrate disciplinary perspectives and reflect the latest research in both fields.

The newest collection of poetry from Joseph Donahue, professor of the practice of English, is inspired initially by free-style haiku of the 19th century.

A new form of fiction emerged in the late-20th century in the Americas, writes Esther Gabara, professor of Romance studies. Reacting to the rise of neo-liberal regimes across the two American continents, this fiction depart from familiar literary narrative structures and emerge in the new mediums and practices that have revolutionized contemporary art.

The book explores how and why Chinese supply chains aren't easily replicable and forecasts how COVID-19 and digital transformations might change global economic structures. Gereffi is professor emeritus of sociology.

This recovery of an alternative vision of a reformed society in the late sixteenth century offers an alternative model for reading church history. Reformed Government is essential reading for the study of ecclesiastical tradition alongside confessional documents and summative statements. Ha is Divinity School associate professor of the history of Christianity.

The Divinity School James T. and Alice Mead Cleland Distinguished Professor Emeritus, Lischer takes readers on a guided tour of the spiritual autobiography, examining the life writings of 21 figures from Thomas Merton to James Baldwin; and from Julian of Norwich and Emily Dickinson to Anne Lamott.

William Preston Few Professor of Public Policy, Jentleson offers a concise, authoritative overview of a little-understood yet extremely important phenomenon in world politics: the use of economic sanctions by one country to punish another. He demonstrates that examining sanctions is key to understanding international relations and explains how and why they will likely continue to bear on global politics.

Esther Kim Lee: Made up Asians: Yellowface During the Exclusion Era (University of Michigan Press)

Theater Studies Professor Esther Kim Lee traces the history of yellowface from 1862 to 1940. She focuses on the English origins of non-Asian actors putting on makeup and costumes to look East Asian and how lingering effects of Asian exclusionary laws can still be found today. Read more in a Trinity College story.

Legitimate opposition came under assault at the American capitol on Jan. 6, 2021. Alexander Kirshner, an associate professor of political science, as one reviewer noted “offers the definitive account of how we should understand the ‘legitimate opposition’— one that is realistic, skeptical, and yet preserves the most demanding aspirations for democracy.”

This volume completes the three-volume subset of The Works of John Wesley devoted to his doctrinal and controversial treatises. It includes sections on Wesley’s critical engagement with the Moravians, Roman Catholic doctrine and practice, William Law, Emanuel Swedenborg, and others. Maddox is William Kellon Quick Professor of Church History and Wesley Studies at the Divinity School.

The book provides a survey of Early Modern European history from the Age of Discovery to the French Revolution. Professor of History John Martin views modernity through the enduring dream of the Apocalypse and compares the Christian philosophy of the Apocalypse to the views of Judaism and Islam.

An associate professor of the practice in international comparative studies and cultural anthropology, Kathryn Mathers explores how America continues to present an imagined Africa as a space for its salvation in the 21st century. Mathers focuses on how an era of new media technologies is reshaping encounters between Africans and westerners in the 21st century. 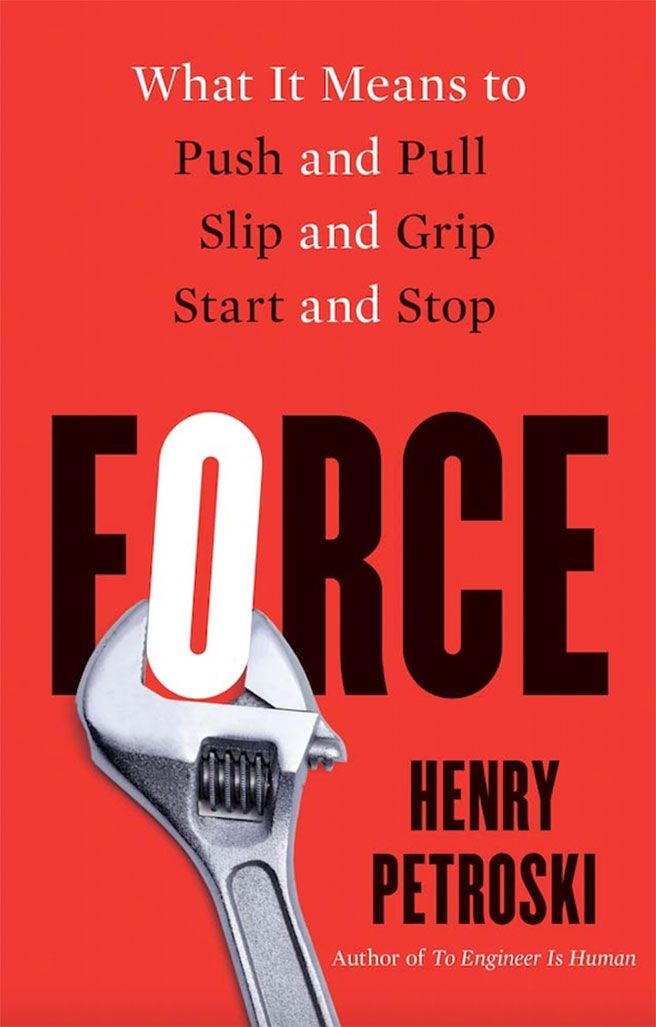 Henry Petroski: Force: What it Means to Push and Pull, Slip and Grip, Start and Stop (Yale University Press)

Author of 19 books, Henry Petroski explores the range of daily human experience whereby we feel the sensations of push and pull, resistance and assistance. In the wake of a prolonged global pandemic that warned us about contact with the physical world, Petroski, an engineering professor emeritus, offers a new perspective on the importance of the sensation and power of touch. Read more in Duke Today.

In his latest book, Pfau, the Alice Mary Baldwin Distinguished Professor of English, reflects on the nature of images and the phenomenology of visual experience. Pfau draws upon both Platonic metaphysics and modern phenomenology to advance several ideas that will interest students and scholars of philosophy, theology, literature, and art history. 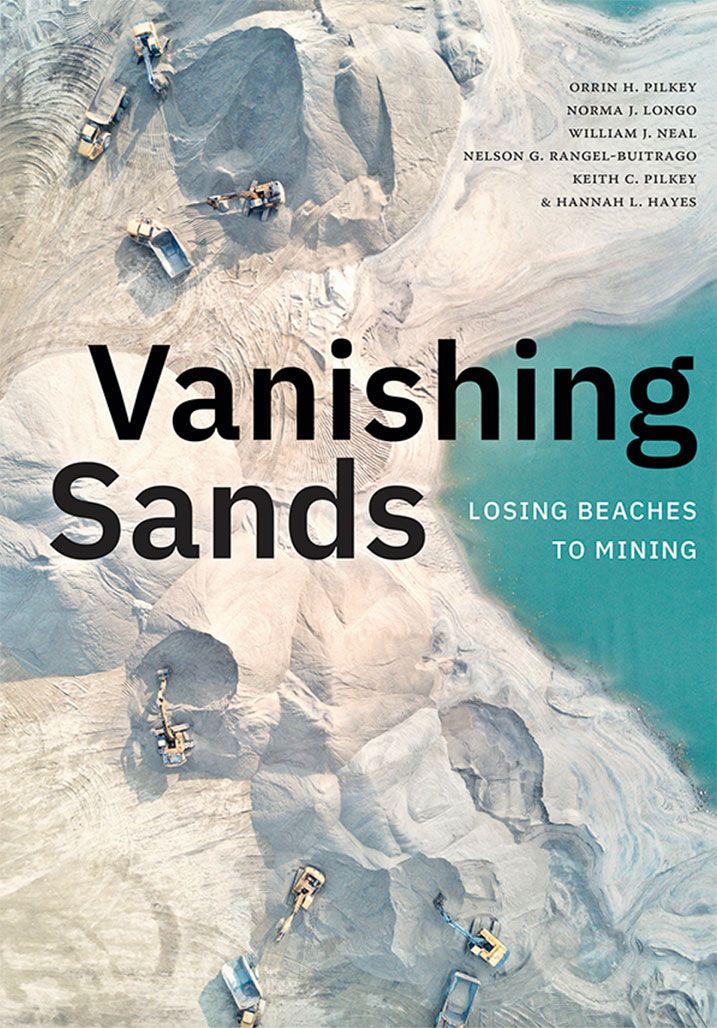 The book tracks the devastating impact of legal and illegal sand mining over the past twenty years and why beach, dune, and river ecosystems are in danger of being lost forever. James B. Duke Professor Emeritus of Earth and Ocean Sciences, Pilkey and co-authors call for immediate and widespread resistance to sand mining and demonstrate that its cessation is paramount for saving not only beaches, dunes, and associated environments, but also lives and tourism economies everywhere.

Professor of Law Jefferson Powell describes how lawyers and judges identify constitutional problems by using a specifiable method of inquiry that allows them to agree on what the questions are, and thus what any plausible answer must address, even when disagreement over the most persuasive answers remains.

Americans across the political spectrum agree that our democracy is in crisis. We view our political opponents with disdain, if not terror, and an increasing number of us are willing to consider authoritarian alternatives.  Professor of law Jed Purdy argues that this heated political culture is a symptom not of too much democracy but too little.

An assistant professor of Romance studies, Sarah Quesada examines the African colonial and imperial inheritance of Latinx literature. She explores how the African Atlantic haunts modern Latinx and Caribbean writing and examines the disavowal or distortion of the African subject in the constructions of national, racial, sexual, and spiritual Latinx identity.

The book examines a wide-ranging body of literature produced by ethnically Chinese populations of Southeast Asia. Edited by professor of Asian and Middle Eastern studies Carlos Rojas, the book also engages literature from Singapore, Indonesia, and the Philippines and other regions where Chinese culture is extensive

Rojas also provides a new translation of a non-fiction book by noted Chinese author Yan Lianke that offers insights into his views on literature and realism, the major works that inspired him, and his theories of writing.

Seaman, professor of art, art history and visual studies, collected essays about the life and work of Ranulph Glanville, a Anglo-Irish design theorist and architect. 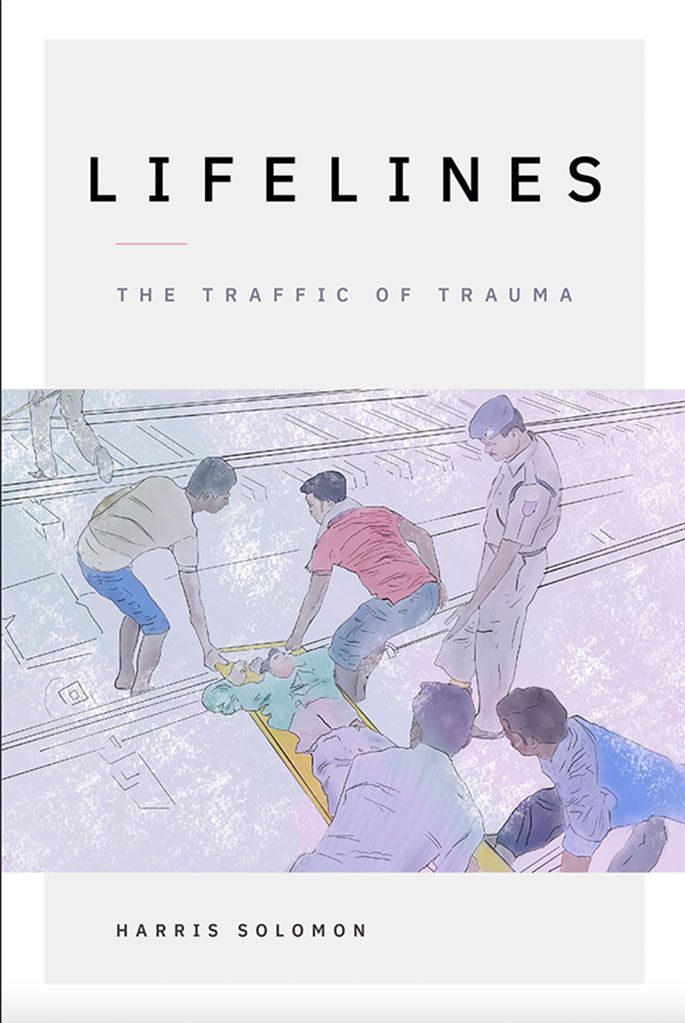 Harris Solomon, professor of cultural anthropology and global health, takes readers into the trauma ward of one of Mumbai’s busiest public hospitals, narrating the stories of the patients, providers, and families who experience and care for traumatic injuries due to widespread traffic accidents. Read more in Duke Today.

The volume explores the contribution of migrants to European culture from the early modern era to today. It juxtaposes early modern and modern work with contemporary, reconceiving migrants as crucial agents of change. Solterer, who co-edited with Vincent Joos, is professor of Romance studies.

Veteran journalist and New York Times columnist Margaret Sullivan chronicles her years in the trenches battling sexism and throwing elbows in a highly competitive newsroom. She takes us behind the scenes of the nation's most influential news outlets to explore how Americans lost trust in the news and what it will take to regain it. In January, Sullivan will be the 2023 Egan Visiting Professor at the Sanford School of Public Policy.

Avner Vengosh and Erika Weinthal, both professors at the Nicholas School of the Environment, focus on how water use, and wastewater and waste solids produced from fossil fuel energy production affect water quality and quantity. They highlight the growing evidence that fossil fuel production leads to water quality degradation, while regulations remain fractured and highly variable across and within countries.

Divinity School Professor Norman Wirzba demonstrates how agrarianism continues to have vital significance for spiritual life today. The book provides a compelling account of spiritual life that is both attuned to ancient scriptural sources and keyed to addressing the pressing social and ecological concerns of today.

The writers from the Samuel DuBois Cook Center for Social Equity explore COVID-19’s impact on multiple arenas of daily life—including wealth, health, housing, employment, and education—while highlighting what steps could have been taken to mitigate the full force of the pandemic. They also offer concrete solutions that would allow the nation to respond effectively to future crises and improve the long-term well-being of all Americans.