As a medical oncologist with the Duke Cancer Institute, Dr. Gretchen Kimmick is used to meeting with patients who aren’t too far removed from world-rocking news that they have breast cancer.

She understands how, for many, the world gets quiet after hearing that diagnosis. The words of caregivers float by. Other thoughts are gone, replaced by the shock and realization that life has changed.

“It’s like the world falls out from under you,” said Kimmick, who is a breast cancer survivor. “You can’t really believe it’s happening.”

Staying up to date on mammograms is an important step toward catching breast cancer in its early stages. For staff and faculty on Duke’s medical plans, mammograms are fully covered.

By the time patients see Kimmick, they’re usually ready to fight. And if caught the early, the cancer is a winnable fight. According to the American Cancer Society, the 5-year survival rate for breast cancer detected before it has spread is 99 percent. 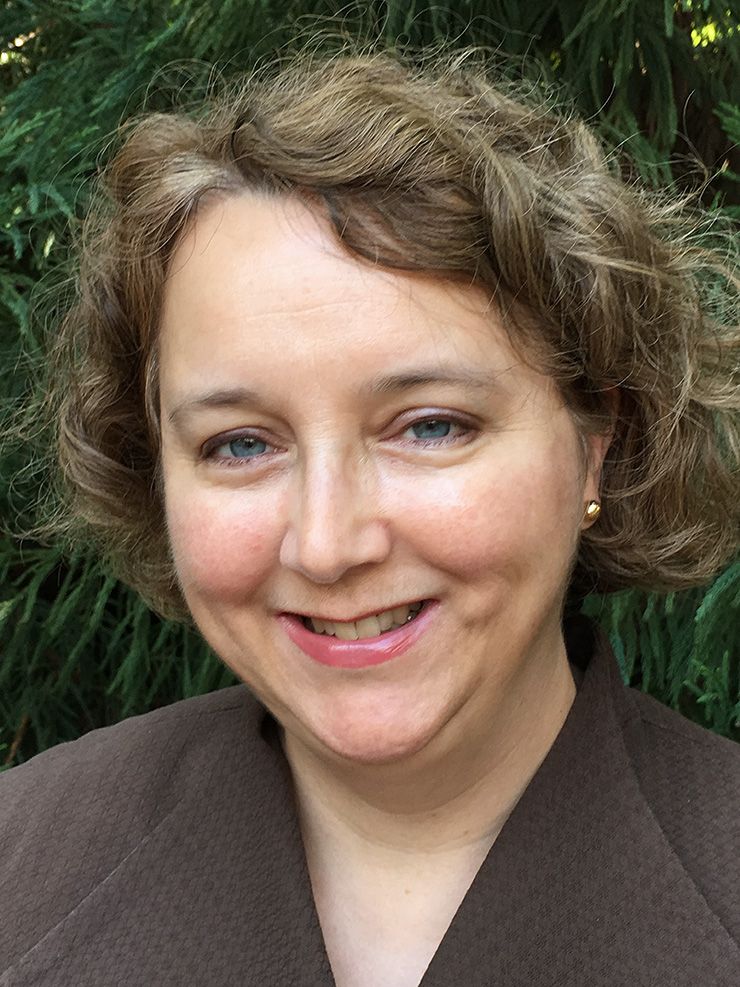 At Duke, cancer care represented the third-largest category of spending for Duke’s employee health insurance plans in 2021. As a common cancer that’s relatively expensive to treat, breast cancer care made up the largest portion of that expense.

While an estimated 43,250 women will die from it in 2022, according to the American Cancer Society, strides have been made in the fight against breast cancer. From its peak in 1989 to 2019, the death rate among women diagnosed with breast cancer decreased by 42 percent, according to the American Cancer Society. The drop is credited to the combination of improved treatments and early detection through screenings such as mammograms, which are covered in full under all of Duke’s employee medical plans. 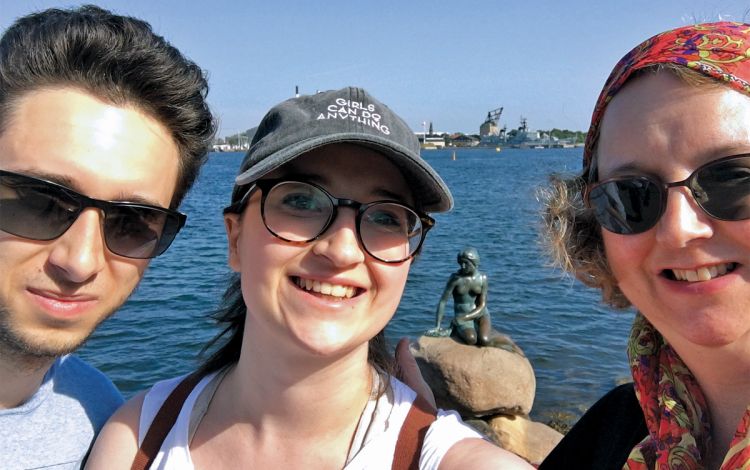 “You don’t get a choice in many things that happen to you in life,” Kimmick said. “Cancer is a major thing, and you want to make the choice to find it early enough so you can cure it. There are a lot of us out there who have bonus years because our mammograms found something we needed to take care of.”

Twenty-four years ago, Kimmick was a 35-year-old mother of twins when her doctor recommended that she get a mammogram due to a family history of breast cancer. The test uncovered cancer in her right breast. It was a form of non-invasive cancer, caught early, removed by mastectomy and cured.

“Back then my twins were two, now they’re getting married,” said Kimmick, now 59 and a self-described "true beleiver in mammograms."

In recognition of National Breast Cancer Awareness Month in October, some of Duke’s breast cancer survivors shared their stories of how early detection and determination helped them enjoy bonus years of their own. 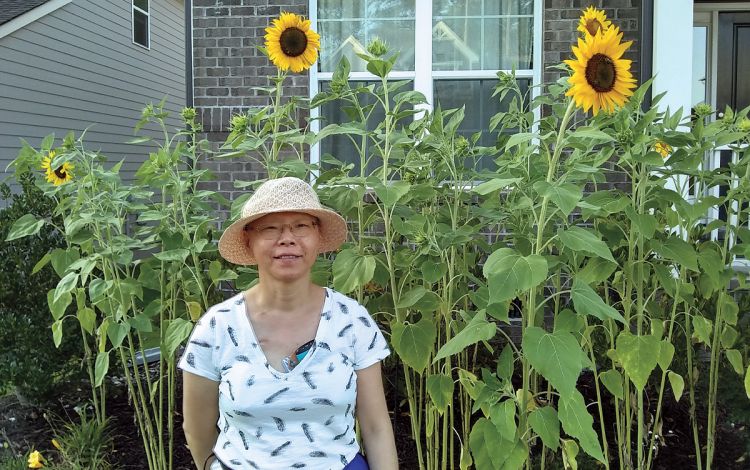 At one time in her life, Edie Chung didn’t recognize the value of mammograms.

With no family history of cancer, she wasn’t too worried. And after a billing error for a screening left her feeling discouraged in 2016, she delayed getting another mammogram until 2020 when her  primary care physician pressed her on it.

Within hours of her appointment, Chung received a call that the imaging uncovered a concerning area of tissue. A week later, testing confirmed the diagnosis: Chung had HER2-positive breast cancer, an aggressive form of cancer.

“It felt like I went into the room and somebody turned off the light switch,” said Chung, a principal auditor for Duke’s Office of Audit, Risk & Compliance. “Your world becomes dark, but you’ve got to face it.”

Putting off screenings for breast cancer has been a common experience among many, especially since the pandemic. A study published in the Journal of the American College of Radiology in June of 2022 showed that the use of breast imaging services – including mammograms – dropped by 36.3 percent during the peak of the COVID-19 pandemic. In March 2022, the number of mammograms remained 14.7 percent below pre-pandemic levels — with a backlog on screenings creating the potential for cancer diagnoses at more advanced stages.

Chung’s mammogram caught her cancer at stage 1. On St. Patrick’s Day 2020, she had surgery to remove the tumor. She then completed 12 weeks of chemotherapy, followed by radiation treatment. Today, she sees the full head of hair that grew back after her treatments as a trophy. And she’s grateful for taking the life-saving step of resuming her mammograms.

“You have to take care of yourself,” said Chung, 52. “I thought I was taking good care of myself. I felt pretty healthy, but still there’s some areas where you have to take advantage and use the technology, the machine and imaging, to discover. Otherwise, I would have never known.” 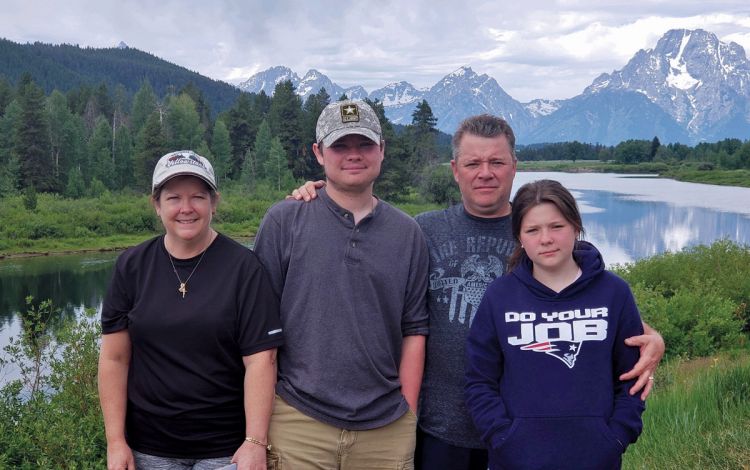 In the past few years, Duke University Hospital Clinical Pharmacist Angela Murphy has been living her life in full.

She spends weekends cruising with her husband Rodney on the Kawasaki Vulcan motorcycle they recently bought. She’s visited the Grand Canyon and St. Lucia. She’s seen her son Drake graduate from high school and will see her daughter, Lauren, do the same next spring.

And she got to spend valuable time with her father before he died four years ago.

“I wouldn’t trade that time for anything,” said Murphy, 51. 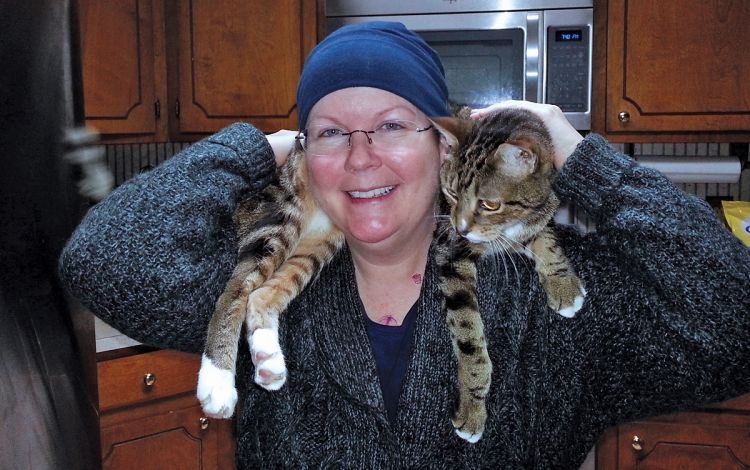 Eight years ago, time wasn’t a sure thing for Murphy, who was diagnosed breast cancer after noticing tenderness in her left breast. She had triple-negative breast cancer, a type known for its fast growth and resistance to many common treatment options. It had progressed to stage 3, meaning it had spread into her lymph nodes.

For Murphy, then 43, there was no time to feel dazed. Building an aggressive treatment plan with doctors at the Duke Cancer Center, she grew determined to outlast her cancer.

“I was just like, whatever I’ve got to do to live, to make it through this, that’s what I’m going to do,” Murphy said.

Two weeks after her diagnosis, she began 20 weeks of intense chemotherapy, followed by surgery – the first of four during her treatment – to remove her left breast and 47 lymph nodes. Over the next year, there were more surgeries and 30 doses of radiation therapy.

“It was like hitting my cancer with a nuclear bomb,” said Murphy, who, during treatment, battled extreme fatigue, lost her hair and had near-constant nosebleeds. “It was awful.”

By the summer of 2016 she was cancer free and the port in her chest, which had been the entry point for so many harsh cancer-fighting chemicals over the previous two years, was removed.

Her hard fight against cancer was in her past, and she could savor the future that her fight gave her.