Among the Duke University faculty who come from diverse backgrounds, 31 professors have identified themselves as the first member in their family to attend college and/or come from a low-income background.

“The students see you as a successful faculty member and say, ‘I can do it myself. I can succeed,’” said Benmamoun. “There’s a person who was in the same situation I was in and managed to navigate that world to get where they are. That’s why I feel like this can be important to have people with those lived backgrounds to provide support to our students.”

Having first-generation college students who are now faculty at Duke is important as more students who would become the first in their families to attend college apply to schools across the country. The Common App, which includes Duke University as a member, has seen a 22 percent increase in applications from first-generation applicants since last year, double the increase in applications from continuing-generation applicants, according to a recent report.

“We want our faculty to be well-positioned to be good teachers and mentors for students, but also to engage deeply in their research,” Benmamoun said. “Having faculty from this background is going to make us a better institution.”

Here are some stories from first-generation college students who are now Duke faculty, and  lessons that have shaped their experiences at Duke.

Resilience during a time of transition 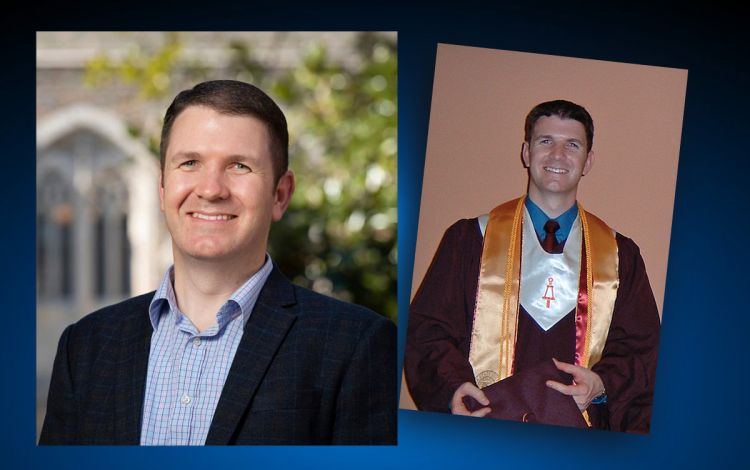 Dr. Aaron Franklin understands what it’s like to struggle in college. After his first year at the University of Arizona in 1998, he had a 0.96 grade point average.

Taking a full load of 18 credit hours, while working a construction job to afford housing, Franklin struggled adjusting to college. Without others in his family to learn from, he felt unprepared and overwhelmed.

“The reality is, I really had no idea what I was getting into,” said Franklin, now the Addy Professor of Electrical and Computer Engineering at Duke.

After his first year, Franklin stepped away from college for a two-year mission with his church in Atlanta, Georgia. Hoping to start a career in construction afterward, he had no intentions of going back to college.

That period helped changed his perspective through a process of self-discovery, growth, and mentorship from the mission’s director. Discussions with that mentor helped Franklin understand he was letting stigma about his background influence his success.

After the two-year break, Franklin enrolled at Mesa Community College in Arizona, where he used moments when he felt lost or overwhelmed as opportunities to ask for help. He visited his professors during office hours and completed every assignment. Franklin transferred to Arizona State University, where he received a degree in Electrical Engineering and finished his undergraduate career with a 4.0 GPA.

“It’s not a story of about how amazing it is that I got a 4.0 in my undergrad in electrical engineering,’” Franklin said. “It’s more about the fact that I am the same person who experienced both my first year of college as a failure and my last year as a success, and that if you paused and talked to me at either of those points, I would have told you I was giving it everything I had.”

Franklin’s background has helped him be a better mentor, helping students turn their grades around.

The value of diversity in academics 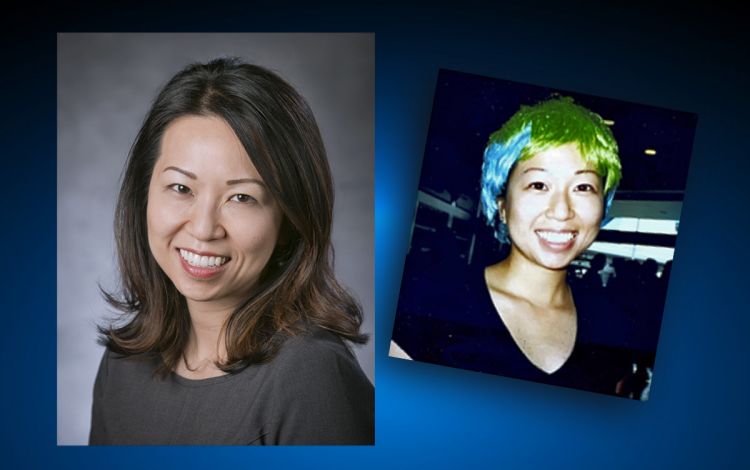 As the child of Chinese immigrants in Brooklyn, New York, Dr. Minna Ng grew up with a father who drove to Jersey City, New Jersey, six days each week to bartend from noon to 3 a.m., and a mother who was a fabric patternmaker in Manhattan.

Ng didn’t immediately imagine becoming a college professor, but her parents were role models whose sacrifices allowed her to reach career success as an assistant professor of the Practice of Psychology and Neuroscience at Duke in 2018. Their commitment allowed Ng and her brother to consider new experiences like pursuing higher education.

“Being a first-generation means that I was able to take opportunities that weren’t afforded to my parents,” Ng said. “It reminds me that I’m fortunate.”

Watching her parents opened Ng up to new opportunities. She attended community college to become financially independent and ease the burden on her parents. She first enrolled at Kingsborough Community College and then The City College of New York, where she studied biology.

After college, Ng became a research technician, before she decided to go back to graduate school. After serving as a teaching assistant and teaching part-time at community colleges in school, Ng realized she loved teaching, which she continued for years at a community college in Los Angeles.

Her academic experience nurtured the seeds that drew her to Duke due to its diverse perspectives inside and outside the classroom. She cited the work of Dr. Scott E. Page, whose book “The Diversity Bonus,” lays out how diverse ideas and experiences make organizations stronger.

“When we go into the classroom, I believe that the greater overarching goal is to promote collaboration. Collaboration optimizes the synergy between unique individuals,” Ng said. “Scott E. Page describes this collaboration, or team environment, as the diversity bonus, so the more diversity you have in the classroom, the more different perspectives, ideas, skillsets you have to learn from, share, to challenge, they help you do more and be better.”

An advocate for underrepresented students 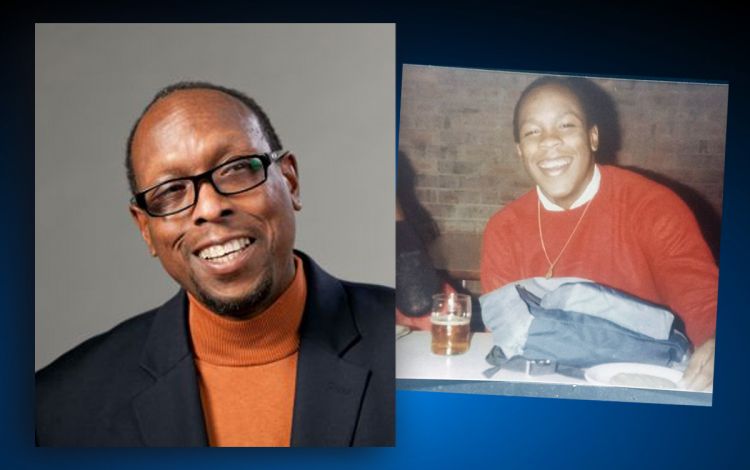 In high school, Dr. Mark Anthony Neal, the James B. Duke Distinguished Professor of African and African American Studies, spent four hours each day riding buses and subways to get to another borough in New York City for class.

As an only child, his parents — a father who left school in 10th grade and a mother who later earned her GED — worked to ensure he went to Brooklyn Technical High School, a highly-competitive magnet high school and the largest high school in New York City today. The experience would set him up for college.

“College was part of the sacrifices my parents made in order for me to be successful,” Neal said. “I didn’t appreciate it in the moment. A little later I did, and now that I’m a parent of one college graduate and one daughter who is still in college, I appreciate so much the sacrifices they’ve made.”

Neal didn’t have a reference point for what college was like when he started in 1983. Growing up in the South Bronx, he attended State University of New York at Fredonia because a childhood neighbor’s sister had gone to the school.

He was inspired to succeed by watching his parents. His father worked 12-hour shifts six days each week, and his mother started night school classes in 1982 to earn a bachelor’s degree. Neal and his mother ended up graduating from different schools in the spring of 1987, and Neal never forgot how his parents encouraged his passions.

The path to success, Neal explained, might look different, especially for students in underrepresented groups.

“If they're having doubts, then I'm an example of someone who came from the same circumstances who was able to parlay that into becoming a Duke professor,” Neal said. “It’s a very different experience, particularly for Black and Latino students. You're already dealing with the expectation that you're not necessarily going to find a whole lot of people who look like you, who share your cultural or racial experience. Then, if you're coming from a poor working-class background, you won't even share that with your black and brown peers.”

From Stanford to Sanford 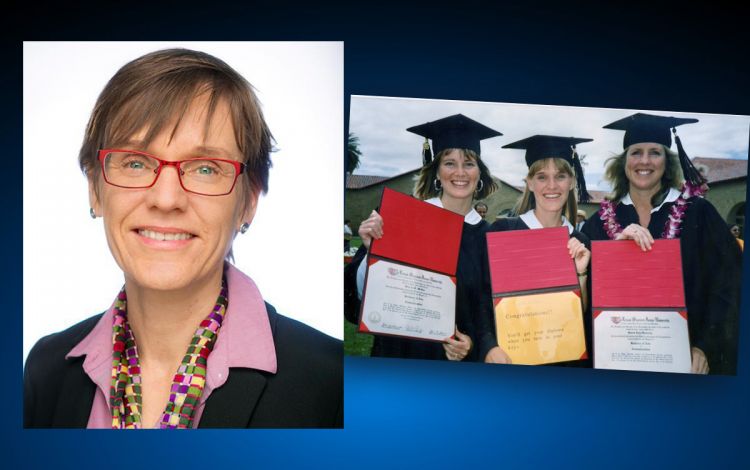 Judith Kelley did not have an easy path to reaching Duke, though you probably wouldn’t know that looking at her resume as a Stanford University graduate, expert in international relations and now the dean of the Sanford School of Public Policy.

Kelley said she grew up “dirt poor” in Denmark with two parents who did not graduate high school, circumstances that taught her lessons in frugality. Even now, she prefers to bring her own lunch from home. And her car, the only new vehicle she and her husband have ever bought, is 12 years old.

“It is striking how hard it is to shed ingrained principles you were brought up by. You don’t just go to college and then become like your friends,” Kelley said. “Even if you start making their salaries or having their success, there’s always a piece of you that’s really ingrained in how you think and the choices you’ve been taught to make. That’s why it’s so important to have diverse people around the table. We actually don’t shed our history; it sticks with us.”

Kelley’s path to Duke included a stint with a traveling theater company after college. She spent six years traveling the globe as an actor. Eventually, she enrolled at Oxnard Community College, where she stood out as a bright student. In her second year, a professor encouraged her to apply to larger schools.

“What’s a four-year college?” Kelley asked at the time.

In community college during the 1990s, Kelley made $4.25 an hour working an office job in the Continuing Education Office. On weekends, she ran campus flea markets in a parking lot. After earning her associate’s degree, Kelley enrolled at Stanford University in 1993 with a financial aid package.

Now, she considers herself an advocate for first-generation college students who are familiar with her experience of attending college without a role model and with financial struggles.

“As dean, I want to spend my life helping people who need it…” Kelley said. “They can have all sorts of privileges or very few privileges. Regardless, they can have some real needs when I meet with them. They’re another human being, and I need to help them.”