A Duke graduate who returned to Durham to launch the Beyu Caffe and made the restaurant an important place of culture and community received the Distinguished Service Award at the Samuel DuBois Cook Society Awards Tuesday night.

As CEO of the Beyu Group, Dorian Bolden has opened the Beyu Caffe in four locations around Durham, based on his vision of serving others through food, live music and a place for community discussion. He is a mentor to many young Black people and has promoted opportunities for people needing assistance.

“Dorian is an innovative Black business leader who also keeps alive culture (jazz music),” one nominator said of Bolden. “He connects the university and the local Black community.  And he believes in the values of the Cook Society. For example, he assisted a man who came home from prison in finding work at Beyu. The Urban Hope youngsters in Walltown used to go over to talk to him about Black-owned business.” 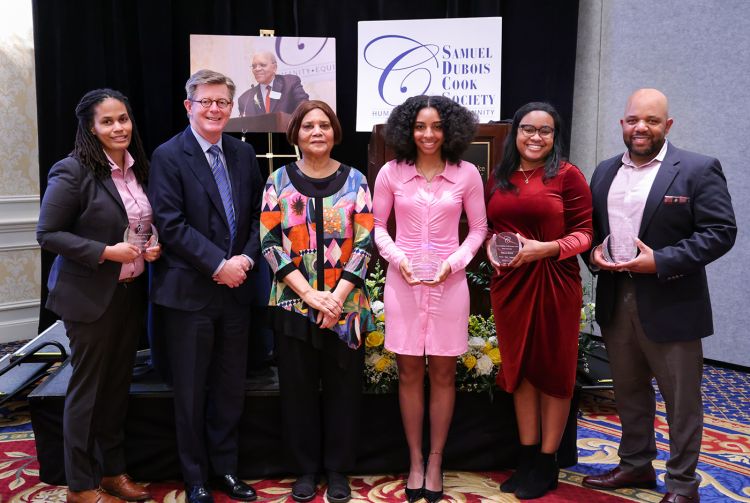 Bolden was one of five members of the Duke and local community celebrated Tuesday at the Cook Society dinner. The hybrid event presented the awards in-person to the honorees but was streamed live for others to watch.

The mission of the Cook Society is to recognize, celebrate and affirm the presence of African-American students, faculty and staff at Duke. The awards were named to honor the legacy of scholarship and activism of Samuel DuBois Cook, a noted scholar and activist who was the university’s first Black faculty member. Cook later served as a university trustee.

In addition to Bolden, other Cook Society Awards went to: 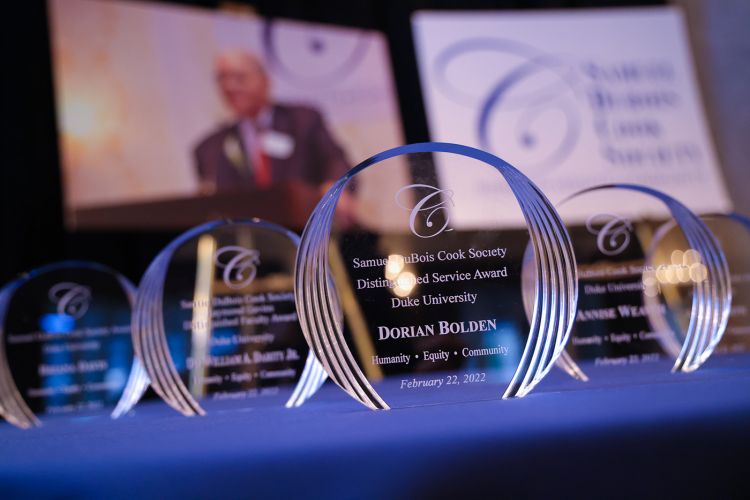