Looking through the history of Duke University, the year 1931 isn’t often thought of as a defining year in the story of the institution.

But from the establishment of academic entities that remain pivotal today, to the opening of well-known facilities, and a smart football coaching hire, reminders of what happened that year can still be found at Duke 90 years later.

By 1931, the ambitions that came along with the millions of dollars provided to Duke University when the Duke Endowment was established in 1924, were becoming real. West Campus, which was built on what was rolling farmland set apart from Duke University’s original footprint, was nearing completion, providing a stage for the institution to make great strides forward.

“What was happening at that time had a lot to do with the school finally getting settled and things opening that had been planned for a while,” said Duke University Archivist Valerie Gillispie. “This was the realization of James B. Duke’s vision.”

With some perspective from issues of The Chronicle, Duke’s student news organization, found in Duke University Libraries’ online archives, take a trip back to 1931 and see how some of what happened back then still affects life at Duke today. 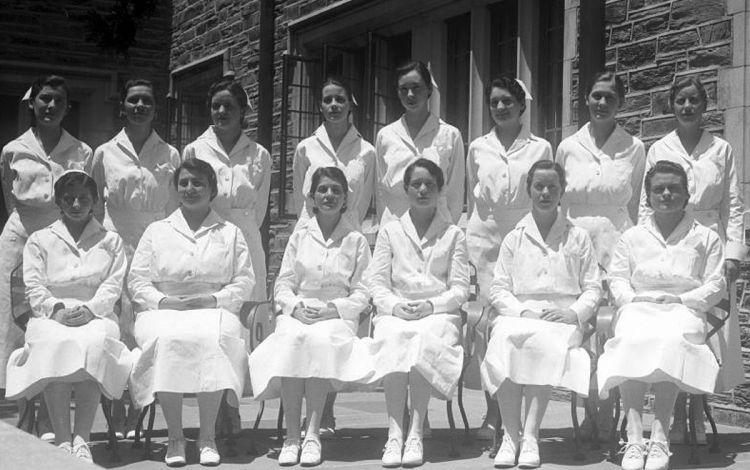 In 1931, the Duke University School of Nursing welcomed its first 24 students, all women, beginning a journey that would eventually see the school grow into a national leader in nursing education and a hotbed of research. 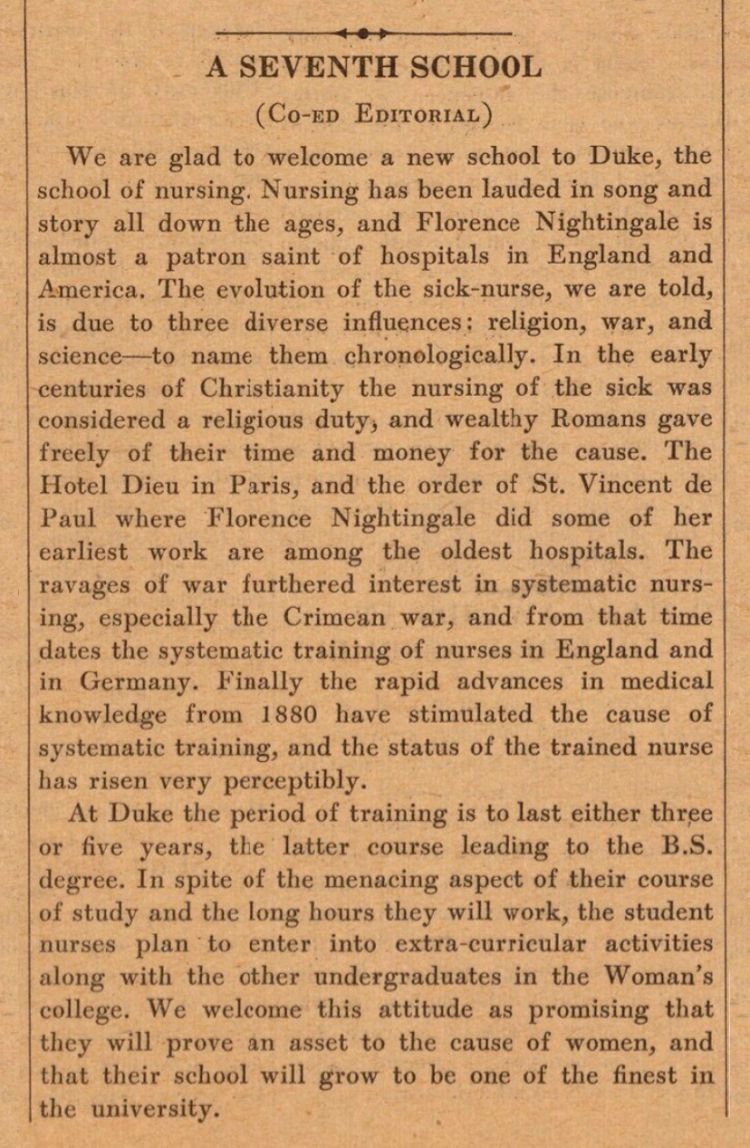 The School of Nursing officially opened on January 2, 1931 as inaugural Dean Bessie Baker welcomed the students who would take part in the three-year degree program. Fourteen of them would eventually earn Duke’s first nursing degrees in 1933.

An editorial in the January 7, 1931, edition of The Chronicle celebrated the opening by saying of the school’s students: “they will prove an asset to the cause of women, and their school will grow to be one of the finest in the university.”

That prediction has proven true as the Duke University School of Nursing has been consistently recognized as one of the best in the country, with U.S. News & World Report slotting it third among graduate nursing schools, second in Bachelor of Science in Nursing programs and first six different specialized programs in its most recent rankings. 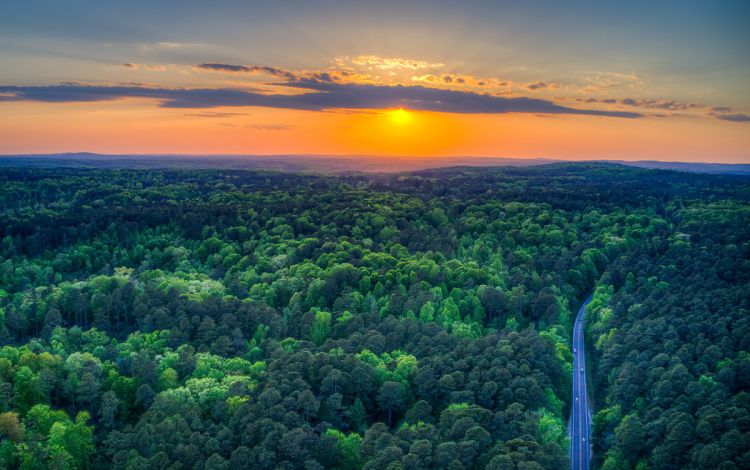 As a venue for research, teaching and recreation, Duke Forest has long been a beloved and useful part of Duke. But in 1931, it began as a patchwork of forested, and soon-to-be-forested tracts of Duke-owned land.

The front page of the February 4, 1931, edition of The Chronicle featured a headline that read “Development of School Forest is Well Under Way.” It goes on to say that 30,000 one-year-old trees were planted in single week.

The first work done in the forest was by a crew of nine people, under the direction of Clarence Korstian, who were busy planting trees in what had once been farmland.

In 2021, Duke Forest, which covers roughly 7,100 acres in Durham, Orange and Alamance counties, is marking its 90th anniversary. During the past academic year, it’s been the site of 47 different research projects and welcomed thousands of visitors to its 12 miles of public trails.

“Today, the Duke Forest is shaping how the world understands forests, contributing to our understanding of climate change, and serving as a laboratory for groundbreaking research of tomorrow,” Duke University President Vincent E. Price said when honoring Duke Forest’s 90th anniversary. 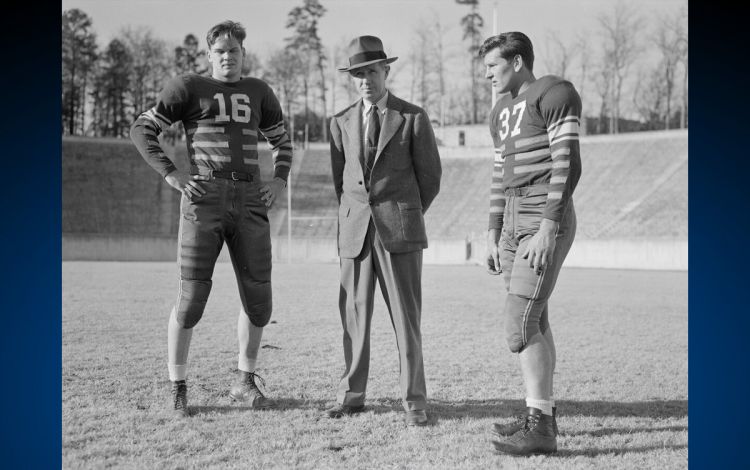 In January of 1931, Duke hired 38-year-old Wallace Wade to become its ninth football coach. The move was a shock to the college football world since Wade was coming off of an incredibly successful tenure at Alabama, where he led the Crimson Tide to three national titles in seven seasons. 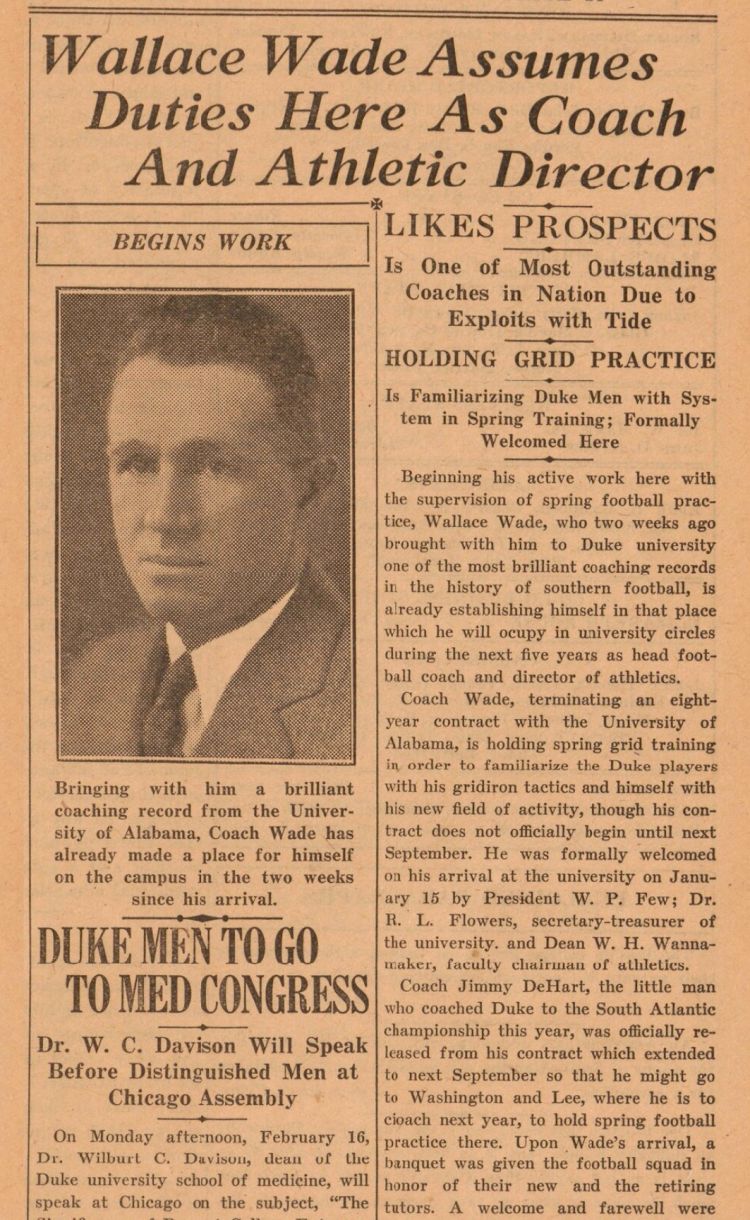 In writing about his hiring in the February 4, 1931 issue, The Chronicle described Wade as having “one of the most brilliant coaching records in the history of southern football.”

“The success of the team depends a great deal on the spirit of the fellows who are playing the game,” Wade told his team at its first practice, according to The Chronicle. “The more I find out, the more I think the chances are good for a successful team. However, I want to stress the fact that athletics will be secondary to scholastic work.”

Duke’s hiring of Wade was a sign that the Blue Devils were serious about becoming a national power in their own right.

“The hope in hiring Wade was that Duke would win titles and go to bowl games, which was exactly what happened,” Gillispie said.

Under Wade, who, aside from a brief break during World War II, coached Duke until 1950, the Blue Devils won 110 games versus 36 losses and reached the Rose Bowl in 1939 and 1942. His success led to the university to put his name on the Blue Devils, home field in 1967, and it’s now known as Brooks Field at Wallace Wade Stadium. 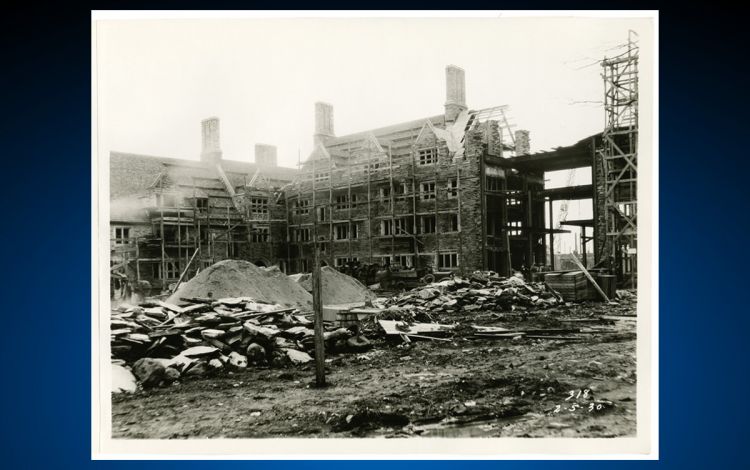 By 1931, the Great Depression, a dramatic worldwide economic downturn, was already two years old. Like other colleges and universities, Duke felt the effects of the depression, seeing the value of its endowment plummet and eventually having to freeze faculty hires and cut research funds and salaries.

But on campus, the construction set in motion by the Duke family’s 1924 gift, and kept moving by the generosity of Duke’s donors, continued.

In 1931, Duke University Chapel rose at the heart of West Campus and seven new houses popped up along Campus Drive, including the current homes of the Nicholas Institute for Environmental Policy Solutions and Duke Graduate Liberal Studies.

“Students returning to Duke University for the coming term were greatly pleased to find that work on the new campus progressed steadily throughout the summer,” read a story in the September 16, 1931, edition of The Chronicle.

Amid the ongoing building, some notable facilities reached completion or were formally dedicated, including Baker House, the home of the School of Nursing, and the student residences of Craven, Crowell and Kilgo Quads.

“I think it must have been a really extraordinary experience to have campuses with such new buildings and so many of them,” Gillispie said. “It’s very unusual for a campus or school to have buildings constructed all at the same time. And it was during the Great Depression, too, so this is a time where there weren’t a lot of resources for a lot of people, but Duke managed to create incredible facilities for the students and faculty who were working there.”

Blue Devil of the Week: Making Duke A Better Place For Learning

Kim Manturuk is the associate director of Research, Evaluation and Development for Duke Learning Innovation