Even before Adam Rosenblatt joined the faculty at Duke in 2018, he knew about Geer Cemetery.

When he came to Durham to interview for a position as associate professor of the practice in International Comparative Studies, one of Rosenblatt’s first stops was the burial ground. Robin Kirk, co-chair for the Duke Human Rights Center at the Franklin Humanities Institute, picked him up and both visited the cemetery for the first time.

As a researcher involved with community efforts at other cemeteries, Rosenblatt learned about the Geer Cemetery online and wanted to learn more about it, and Kirk offered to go with him.

“I basically put my bags in the hotel room and the first part of the job interview was going out to the cemetery,” said Rosenblatt, a Duke human rights scholar who researches how our connections to the dead relate to broad questions of justice.

Today, taking part in efforts to restore and reclaim Geer Cemetery remain an important part of Rosenblatt’s experience at Duke. Rosenblatt has taught a course that partnered with Friends of Geer Cemetery to clean up the grounds and conduct research about the people buried there. The work to preserve and better understand the marginalized dead in Durham was further explored in a Story + research project last summer. 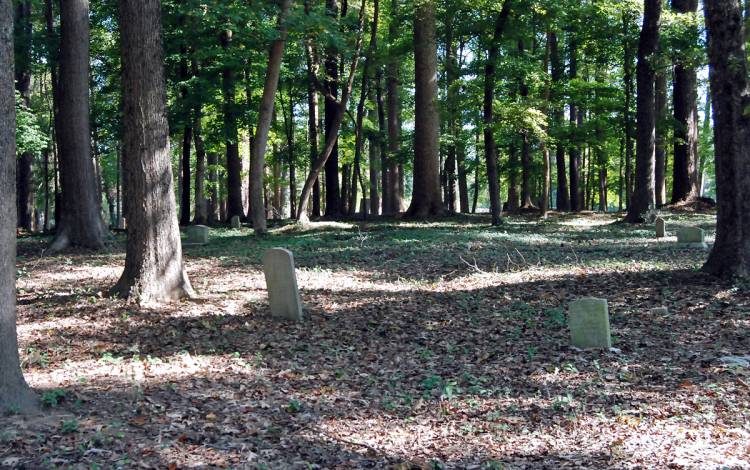 Located about two miles off Duke’s East Campus among the trees off Colonial Street, much of the history of the two-acre burial ground has been lost over time. Established in 1877 by African Americans who were born enslaved, Geer Cemetery was the first Black cemetery established in Durham, but it was closed in 1944 due to overcrowding and neglect of African American burial grounds. The cemetery has since fallen into a state of disrepair.

The non-profit Friends of Geer Cemetery, an organization of community members and descendants, is reclaiming the cemetery’s history and uncovering more information about the people buried there. Through a partnership with scholars such as Rosenblatt, Duke is involved in those efforts led by Friends of Geer.

Due to the cemetery’s close proximity to campus, Duke has connections to the people buried at Geer Cemetery, including several people who were employed by Trinity College and the Duke family. However, there is a lot unknown about the cemetery. Though an estimated 3,000 people are interred there, only about 275 grave markers, some which are damaged or knocked over, remain on site. 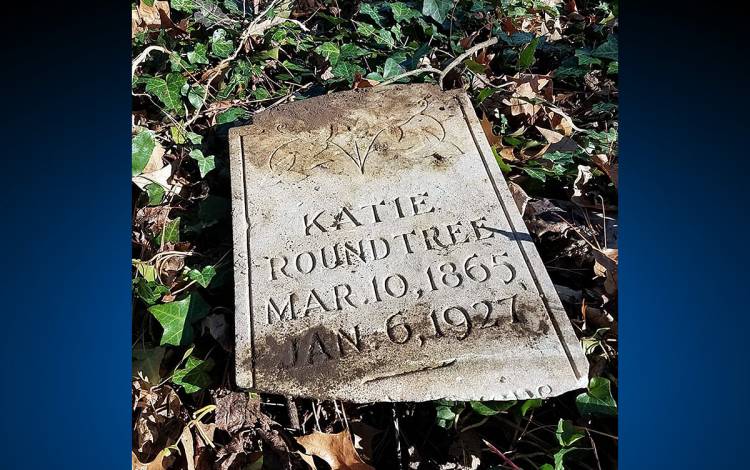 The efforts at Geer underscore that the cemetery, which includes burial sites for prominent Black community members such as family of North Carolina Central University founder James E. Shepard, has a rich history that deserves to be preserved.

In 2020, Rosenblatt worked with Duke Service-Learning to establish a course with a community service component. He taught “Death, Burial, and Justice in the Americas” to help harness the resources of Duke toward finding out more about the people buried in Geer Cemetery through research and the direct partnership with Friends of Geer Cemetery.

His course explored the rights and cultural attitudes toward the dead, as well as the prevalence of neglected cemeteries. The class helped clean up the cemetery, which led to unearthing headstones that had been previously covered in dirt.

“It feels powerful to me when there are sites that aren't completely erased, but where there's a lot of work to be done and where there are communities, especially descendants, who want that cemetery, that site, to look better and to receive more attention,” Rosenblatt said. 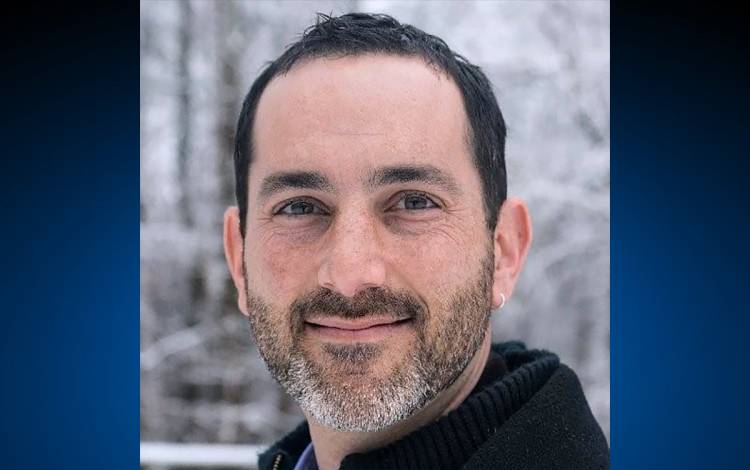 The course led to a John Hope Franklin Humanities Institute Story + project entitled “Labor, Dignity, and Practices of Freedom” in the summer of 2021. Three undergraduate researchers delved further into aspects of the cemetery over six weeks, including connections between Geer and Duke University. Archival research was done in collaboration with the Friends of Geer Cemetery, Duke University archivists and North Carolina Central University faculty.

Huiyin Zhou, a sophomore whose major is cultural anthropology, was one of three researchers in the Story + project. In their project, “Uncovering Invisible African American Labors in Durham,” Zhou studied people buried at Geer who were employed by the Duke family and/or Trinity College, which later became Duke University.

“It’s really about the sense of community strength that I see in all of these stories,” Zhou said. “Very important people, like the founders of White Rock Baptist Church and other important Black institutions, are buried there. But it’s not only about those people. Everybody that I researched had very interesting stories to tell.” 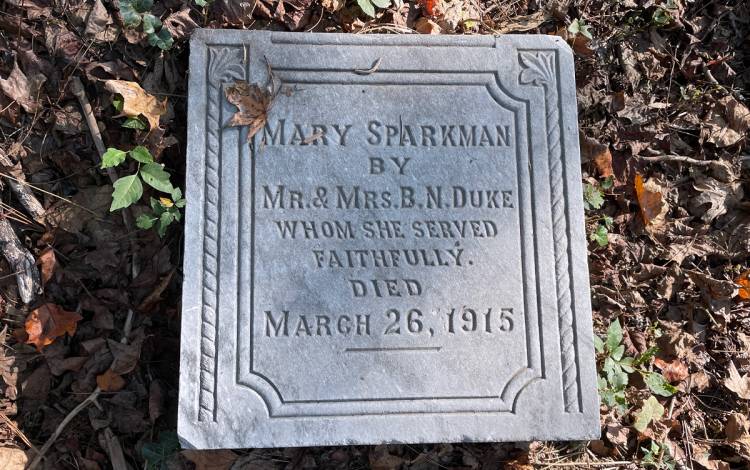 Zhou said it’s important to try to uncover as much history about marginalized groups of people as possible. These counter-narratives challenge dominant institutionalized memory and offer insight into structural inequities and community survival that inform the present.

“The Story + experience was really great because we collaborated with Friends of Geer Cemetery so well,” Zhou said. “All the projects that we individually did or collaboratively were topics chosen by the Friends of Geer … things they have always wanted to do but didn’t have the time to do so.” 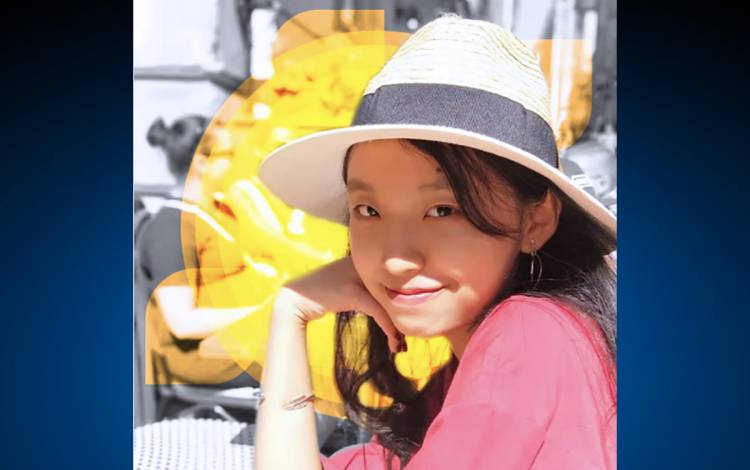 Efforts like the ones at Geer Cemetery reinforce the Office of Durham and Community Affairs Strategic Community Impact Plan, which ventures to forge purposeful partnerships with the community.

“Community-engaged scholarship projects are a particularly important expression of the University’s mission, and it really allows for the exciting elements of our institution to come together in important ways with community partners,” said Leslie Parkins, assistant vice president and director for Civic Engagement in the Office of Durham & Community Affairs.

All Duke faculty and staff are invited to get involved with the Friends of Geer Cemetery, either in a capacity to help conduct research or clean up the sacred grounds. Even being able to use the resources of Ancestry.com, which is free for Duke staff, faculty and students, is aiding the efforts to uncover information.

This research will work with descendants, community organizations and students focusing on surveying Geer Cemetery and Little River Cemetery.

“Geer Cemetery is a wonderful place to work, and we still have a lot of need there and a lot of ways to mobilize volunteers from Duke or otherwise,” Rosenblatt said.

For more information, visit friendsofgeercemetery.org or the group’s Facebook page.