What he does at Duke: For more than a decade, Seli has explored how the human mind works when we relinquish control of it. With plenty of research showing the negative effects of mind-wandering, or daydreaming – think inattentive drivers or unfocused students – Seli is looking into how this action may be beneficial.

“This is a prevalent state, so there has to be some sort of utility to it; evolution isn’t blind,” Seli said. “So I’ve been trying to look at some of the potential benefits of mind-wandering.”

Seli also teaches classes to graduate and undergraduate students on mind-wandering and inattention, and leads a graduate course on the foundations of cognitive psychology. He uses his lab to study questions such as how well people solve problems after letting their minds wander, and what makes for a creative mind.

And he collaborates with researchers at Harvard and the Massachusetts Institute of Technology to explore how the mind functions when it’s in the early-sleep phase of hypnagogia.

First job: After graduating high school in Pickering, Ontario, Seli didn’t go straight to college. Instead, he took a job at a lumber yard, prepping items such as doors and window trim for use on construction sites.

This job was the first of many – he also worked at a car wash and hung drywall – during a somewhat rudderless five-year period in Seli’s life.

“After years of doing these odd jobs, my parents said to me ‘Paul, you’ve got a brain, you did really well in school … would you like to do something else?’” Seli recalled.

His parents suggested he take a one-year certificate program at a local community college. Rediscovering his love of learning, Seli then went on to get his undergraduate career and move forward into graduate school.

Best Advice: When Seli was 8, his uncle pulled him aside. “Don’t ever lose the inner child,” Seli’s uncle said. “Too many people do.”

At the time, Seli’s uncle was unhappy with his job as a window cleaner and wanted to make sure his nephew didn’t follow a similar path into an unsatisfying career.

“I could tell he was unhappy, you could see it in his eyes,” said Seli, who uses painting as way to indulge his inner child. “I thought ‘I don’t want to be like that.’ I knew it was an important piece of information that I should pay attention to.”

As for Seli’s uncle, his story has a happy ending. He’s now retired and lives on 10 acres in Ontario. He’s got a lake cottage and plays plenty of golf. 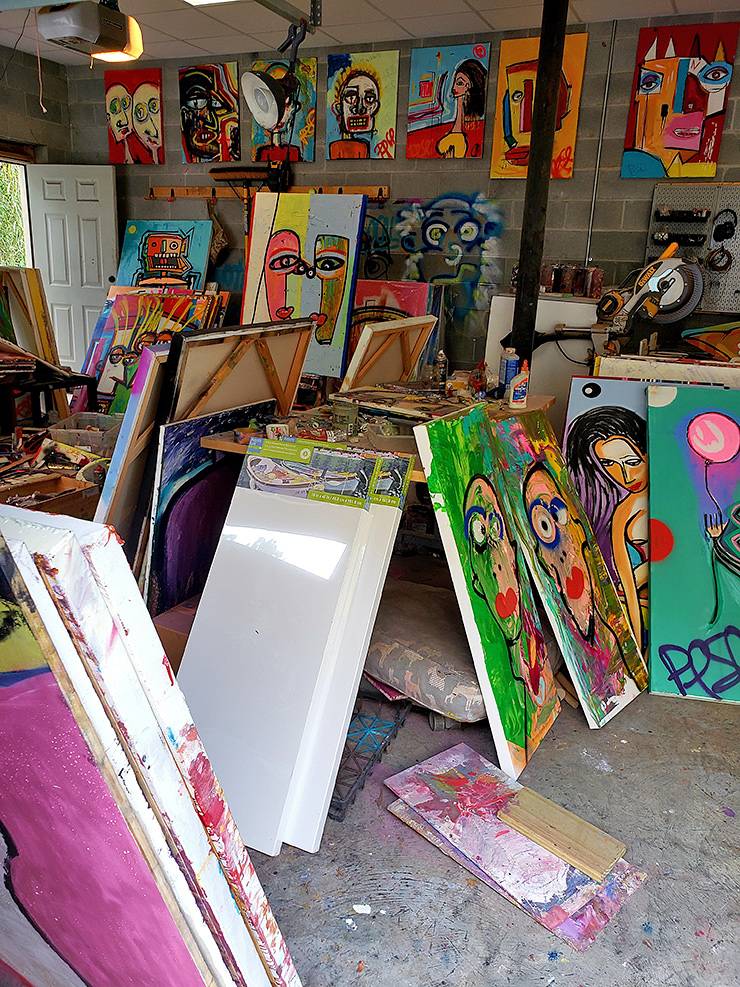 Lesson learned during the pandemic: Prior to the pandemic, Seli had fallen in love with painting, creating textured explosions of color using oil paint on canvas in his garage studio. During the early weeks of the pandemic in 2020, Seli said his creativity dried up and he couldn’t get motivated to paint.

After being inspired by the work of late New York artist Jean-Michel Basquiat, Seli dove back in, creating abstract, colorful, neo-expressionist figures on 3-by-4-foot canvases. His works, which can be seen on his Instagram page, have garnered attention from buyers and galleries, including one in New York that will show some of his works later this fall.

More importantly, Seli said he’s learned to appreciate the way painting takes him away from whatever stress he encounters.

“Mindfulness meditation has a benefit for some people, but I think whether it’s mindfulness, exercise, painting, or playing music, it’s about getting into a state wherein you’re not thinking about the past or the future,” Seli said. “You’re in the present, right now, in a sort of flow state. You’re not worried about things. I easily get into that state when I paint.”