Today, we introduce our news series, "Working in a New Normal." The pandemic has required the Duke workforce to adapt. Whether on the front lines, working remotely or teaching safely on campus, there’s plenty different about how we work now. We caught up with some of your Duke colleagues to share how their jobs and lives have changed.

What he does at Duke: When students in Duke’s Dance Program get moving, Hanks is often the person providing the beat.

A classically trained musician, Hanks plays the piano for ballet classes, puts together beats with computer programs and provides in-person rhythms, with both jazz drumming and African instruments, for department activities.

“It depends what the instructors need,” Hanks said. “Some people want more of a driving rhythm while other want more of an aural landscape.”

He also coordinates the departments circle of part-time musicians, who also play drums and piano.

How his job has changed since the pandemic: Hanks’ routine hasn’t changed too much. He still visits the Rubenstein Arts Center about four days a week to provide in-person music for Duke’s dance classes. But the capacity is limited in dance studios to about half the normal class size. Everyone is masked and must stay in their own 12-by-12-foot squares taped on the studio floor.

“It’s a little bit different, but I think everyone appreciates just being able to get out and move,” Hanks said.

What is he most proud of during these challenging times: For Hanks, it’s been inspiring to see how Duke and the campus community have responded to the challenge of operating amid a pandemic. He gets tested for the virus each week and sees students and colleagues embracing safety protocols.

“It was scary at first, but Duke has put so much thought into this and really taken care of things,” Hanks said. “I’m happy to be working for an institution that is putting the effort and the care into this.”

TV show or series that’s gotten him through: Like many of us, Hanks has used his Netflix subscription during the pandemic. He’s enjoyed the chess-themed series “The Queen’s Gambit” and “The Crown,” a long-running series chronicling the lives of Britain’s royal family.

In addition to television, he’s begun exploring music streaming services such as Spotify and Apple Music.

“It’s nice to be able to put on some old songs you like or new things you don’t know yet,” Hanks said. 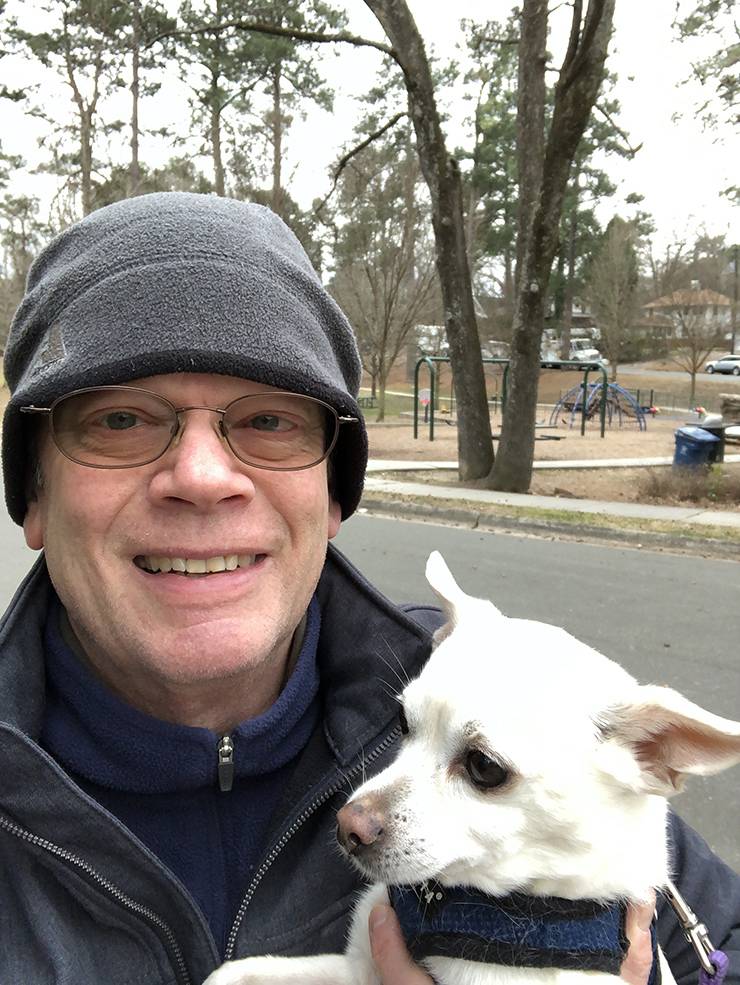 Best advice: Hanks encourages others to take walks and savor them. He’s come to appreciate walks around his Watts-Hillandale neighborhood and the occasional walk from home to the Rubenstein Arts Center.

“It’s good exercise, and it can be peaceful,” Hanks said. “I even like walking from the parking lot to work. I go past Duke Gardens, where I catch glimpses of people working and doing gardening stuff. I can’t wait until they reopen.”

Lesson learned during COVID-19: While Hanks appreciates the danger of the pandemic, he’s learned to keep the threat in perspective. He came to realize that if he observes practices such as wearing a mask and keeping his distance from others, he can safely continue such activities as going to work.

How are you working in a new normal? Know someone whose job has changed and deserves a shout-out? Tell us about it by writing to us or completing this story idea form.