Before Donald Trump’s surprise election in 2016, students in Ian MacMullen’s politics classes listened with a collective shrug when he talked about forms of government other than democracy.

Students are showing increasing interest in reforms that can improve democracy. Deondra Rose and others are helping to guide them.

Faculty who teach about politics and public policy say four years of a chaotic, unorthodox presidency has exposed democracy’s fragility. Free speech, the Constitution, trust in government leaders, etc. all took a sucker punch under Trump.

But in classrooms that challenge undergraduates to think critically about democracy, faculty say a greater awareness of its frailty is not motivating students to abandon democracy.

Instead, students now have a heightened desire to make their government work more equitably.

“After four years of Trump and other challenges to democracy across the world, students are more interested in, and have a rather different perspective on, arguments about the nature and virtues/vices of democracy,” says MacMullen, an associate professor of the practice of political science.

Bogus challenges to the 2020 election, the Jan. 6 riot at the U.S. Capitol Building and other outlandish acts have given faculty real-time lessons on the workings – and near pitfalls – of democracy. 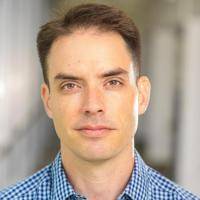 “At a minimum, I have used the events of the last years to try to get students to really think through why they believe in democracy,” says Alexander Kirshner, associate professor of political science.

“Indeed, one of the challenges of a course like the Introduction to Political Philosophy is that students take rights, constitutionalism and democracy for granted. So part of how we teach the course is to force them to consider arguments for and against these practices.”

Kirshner, who taught the same course several years ago to an international group of students at NYU Abu Dhabi, said students from the United States then and now are committed to democracy, free speech and the Constitution.

“But it’s much easier to have a critical conversation about whether those beliefs are true today than it was 10 years ago,” he said. “And certainly more so than when I took this course as an undergraduate in the 1990s. It was completely different.”

Students say they aren’t ready to give up on democracy. But after a chaotic four years leading to the Jan. 6 riot, they’re now acutely aware of the importance of checks and balances.

“As I had only just turned 16 when Trump was elected, most of what I had learned about American democracy up to that point was through textbooks and lectures,” says Zander Bush, a sophomore from Palm Beach, Florida, majoring in history.

“The constant flow of news did not seem to match up with the democracy I learned about in history courses. Instead, it appeared a form of democracy that had shifted from its core values.” 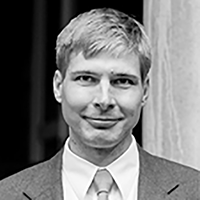 John Rose, an instructor at the Kenan Institute for Ethics, started teaching three years ago at Duke on topics such as polarization and conservatism. One key development he’s observed among his students is their concern with the fierce rise in partisanship.

“Over the last few years, my students have become even less confident in the future of our democracy because of how intense and entrenched cultural tribalism has become,” Rose says.

“For many, political polarization has severely damaged relationships with friends and family. When those connections, which should be the most durable of all, suddenly feel fragile, it is unsurprising that my students look at the state of the wider country and wonder, ‘How are we going to hold all this together?’”

One of his students, Wyatt Bui, a junior from Orange County, California, says Trump’s term didn’t affect his view of democracy. Bui said he supported many of Trump’s conservative policies, but not his behavior. Some of his fellow students couldn’t accept the distinction between the two, he said.

“However, I will argue that at Duke my voice was diminished, as though I may agree with some of President Trump’s policies, his rhetoric and actions made it quite easy to lump my policy beliefs in with the negative aspects of the Trump administration,” says Bui, a public policy major. 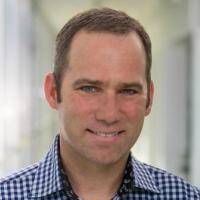 For instance, some students desire to learn about non-democratic governments in China, Vietnam, Singapore and Malaysia because they envision potential careers in which they deal with these countries, he says.

International students also want to learn more about their native governments that are not democracies, he adds.

Another cause for student interest in other types of governments coincides with Trump’s rise, he said. Over the past decade, “democratic backsliding” in countries including Hungary, Poland, Turkey, Brazil and Thailand involved democratic leaders “altering electoral and political institutions in ways that enhanced the power of the executive and eliminated institutional checks and public participation to entrench themselves in power – pushing them closer to authoritarian systems,” Malesky said.

“Leaders in backsliding countries took advantage of nationalism, polarization, ethnic conflict, and frustration with the constraints and slowness of political institutions.”

But the cracks in U.S. democracy during the Trump era have also pushed questionable elements of the U.S. form of government even more to the forefront, says Ashley Jardina, an assistant professor of political science. 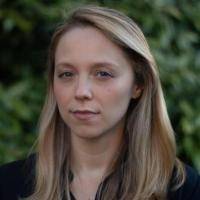 “Like many Americans, Duke students have become especially concerned about the extent to which the Electoral College, gerrymandering and restrictive voting legislation present challenges for democratic principles,” Jardina said.

“One of the important lessons I discuss in my classes is the extent to which ‘democracy’ in the U.S. has or has not been extended to different individuals since the country’s founding. Learning this point helps students put the contemporary erosion of democratic norms into perspective.”

For sophomore Megan Gerges, both the election and rejection of Trump bolstered her belief in democracy.

Kirshner, as he usually does, began the spring semester with the trial of Socrates in 399 BC, in which the philosopher faced trumped up charges of corrupting the youth of Athens.

But this year he had a more immediate example of the fragility of democracy: The Jan. 6 riot in Washington, D.C.

“That made the discussion about the rationale for democracy and the potential for disorder all the more salient,” he says. “I think they were more prepared to think critically about the value of democracy.”