Audrey Fenske first heard of the LiveSafe app at a new employee orientation in 2019. As she listened to members of the Duke University Police Department explain how the app can keep users feeling safer and more informed, she flashed back to her days as a Duke student more than a decade ago, before LiveSafe was around. 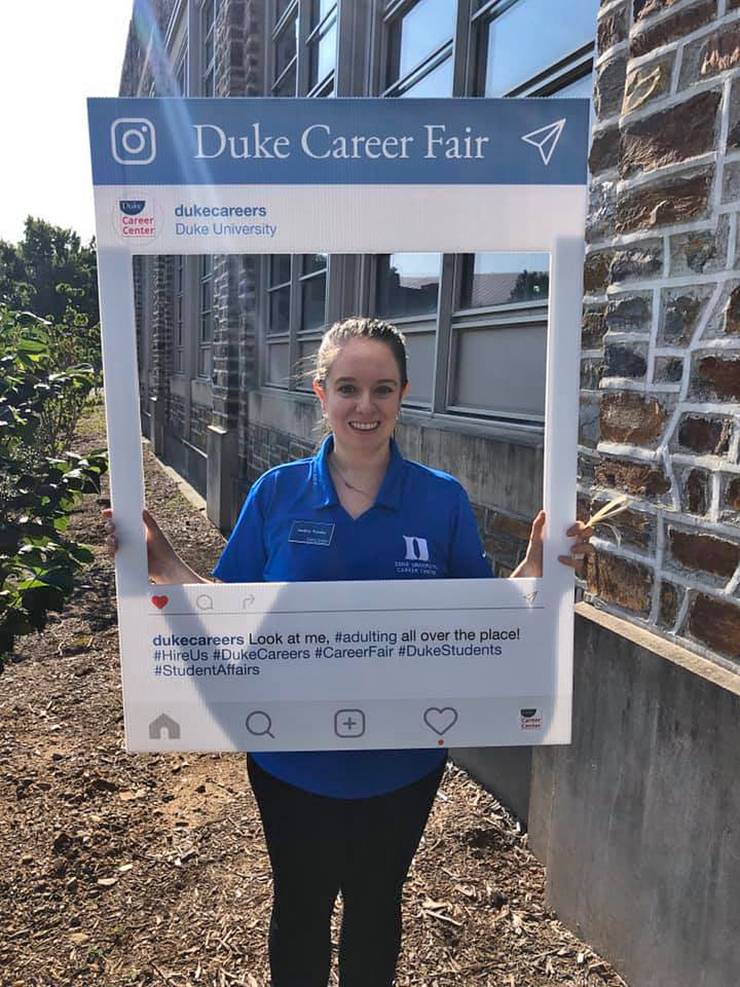 “I was like, ‘Oh my gosh, I wish I had this back then,’” said Fenske, a 2009 Duke graduate who is now program assistant at the Duke Career Center and among 20,000 users at Duke. “It would have been really handy.”

The LiveSafe mobile app, which is available on Apple and Android devices, gives you 24/7 access to Duke University Police, allows you to call for a Duke van or track campus busses, and has a feature that uses GPS technology to have someone to virtually escort you to a destination in real-time.

As part of its emergency preparedness plans, Duke will test the DukeALERT mass notification system on Wednesday, Dec. 16, 2020.

And now the app – available at no charge to Duke community members – has a refreshed look and updates that make it even easier to use.

In addition to a modern interface, one of the most notable changes for users is a new button in the navigation area of the home screen for reporting incidents. According to a LiveSafe user study, people are seven times more likely to report an incident with the button feature.

The new button opens a menu of nine incidents Duke community members can report to police by message in real-time – from an assault and suspicious activity to “other.” The message allows users to attach a picture, video or audio file and send anonymously if desired. Members of Duke police monitor a dashboard where incidents reports are received around the clock. 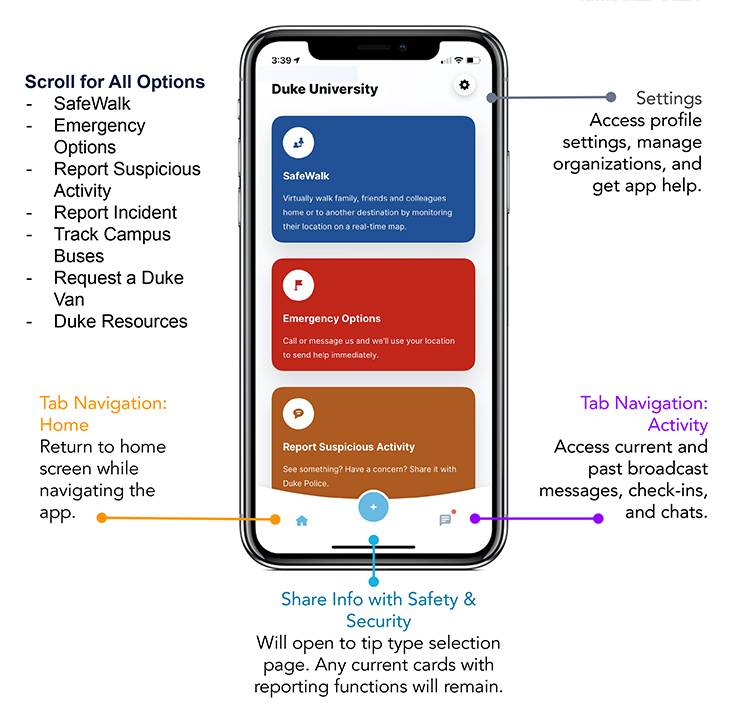 The sleeker interface includes a refresh to the app’s colorful cards and an added carousel for resources to quickly recognize different functions and move between options in the app.

“We’re trying to remove as many obstacles as we can for people to report tips,” said LiveSafe Team Lead for Customer Success Jade Salazar. “The more barriers we can break down and the more intuitive we can make it, the more likely people are to report a tip. It’s about making it easier and keeping it top-of-mind.”

The upgrade also makes it easier for Duke officials to create customized areas within the app, allowing users to get information in one place for major campus events or emergency situations such as severe weather.

The new, interface, combined with familiar functions should ensure LiveSafe remains another way to stay safe and up to date while on campus.

“I think just having the option to have all of that on my phone gives me some peace of mind,” Fenske said.