The Karsh Alumni and Visitors Center, which opened in 2019, was recognized with a trio of awards. 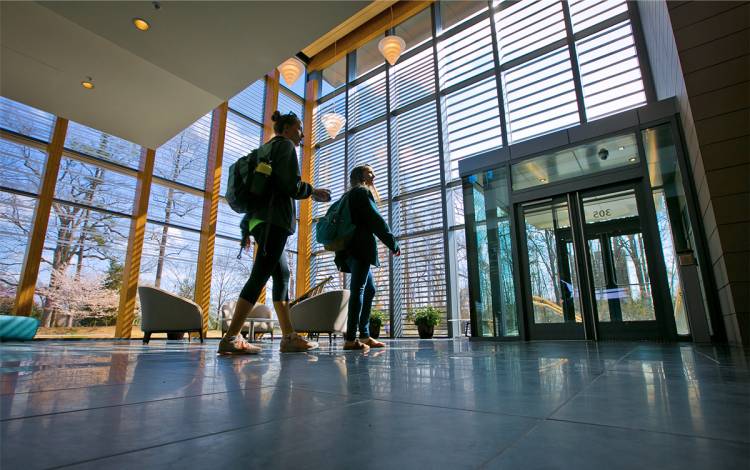 The judges praised the center, which consists of four buildings surrounding a peaceful cloister, for reflecting “Duke’s history and character but through modern construction.” The facility features Duke stone and gothic arches alongside sleek glass and steel.

The Connecticut chapter of the American Institute of Architects also singled out the center with its Design Award and used a photo of the building for the cover of October issue of the organization's magazine. The architects who designed the facility are part of the Connecticut-based firm of Centerbrook Architects and Planners.

The Duke Student Wellness Center, which was completed in 2017 and designed by Duda|Paine Architects, was among the honorees in The American Institute of Architects Healthcare Design Awards for 2020. The judges lauded the center for an airy lobby that showcases the buildings’ forested surroundings as well as its contemplative spaces. Those quiet corners, along with the clinical areas of the building, speak to the center’s purpose as a place to nourish all aspects of students’ well-being.