Biomedical engineer Rachel Lance had never heard of the Civil War submarine H.L. Hunley when her thesis advisor Cameron “Dale” Bass casually suggested she look into it. But she was quickly drawn into a pursuit of the mystery that melded her love of history and violent explosions and lasted several years, producing three major academic papers, a Ph.D. thesis and now a book.

On Thursday, April 9 at 7 p.m., Lance will host a virtual book reading about “In The Waves,” sponsored by the Duke Libraries. (Tune in on Zoom after downloading the Zoom plugin for your browser: https://duke.zoom.us/j/790723384 )

On the night of February 17, 1864, in desperation to block the Union naval blockade of Charleston Harbor, eight confederate soldiers stuffed themselves into an experimental war machine that had already killed more than a dozen of their comrades during development and testing.

After laboriously cranking the steel tube toward the U.S.S. Housatonic at anchor, the Hunley crew jammed a barrel filled with black powder against the warship below its waterline and blew a massive hole that sank her upright in a matter of minutes.

Then the Hunley and her crew disappeared without a trace for almost 140 years.

To reconstruct the submarine for scale-model explosives testing and to try to get to the bottom of why the crew were found still at their stations with no obvious signs of traumatic injury or efforts to escape, Lance’s research took her to historians of metallurgy and black powder, civil war reenactors and the U.S. Archives. “In The Waves” tells the story of her dogged, often frustrating, research.

Confederate Submarine Crew Killed by Their Own Weapon (Duke Today) 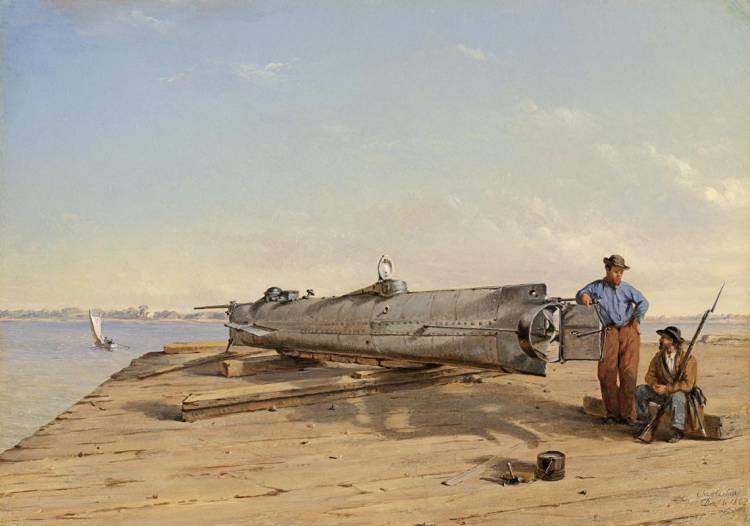 34 students and 28 faculty/staff tested positive out of 10,287 tests administered