Each year, Duke recognizes one graduating senior and one member of the faculty, staff or graduate student body for their outstanding commitment to service to others by awarding them the Algernon Sydney Sullivan Award.

A strong collection of faculty, staff and students were nominated in 2020 for this humanitarian service award. See who was nominated and the unit that nominated them.

While the Sullivan Award was established in 1925 to honor the memory of Algernon Sydney Sullivan -- a prominent lawyer, businessman and philanthropist in the late 19th century -- the values the award seeks to honor are timeless.

The Sullivan Award recognizes individuals who exhibit qualities of selflessness, generosity of service, nobility of character, integrity and depth of spirituality. Both of this year’s award winners embody these characteristics in both their professional and personal lives. 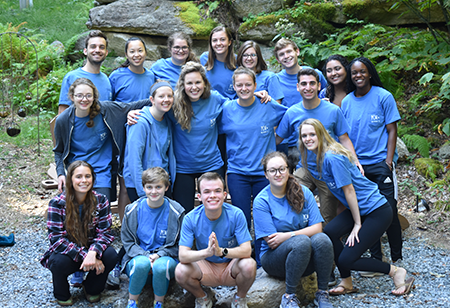 Few people may be as aptly named as Grace Smith, the 2020 student recipient of the Sullivan Award. “She exhibits a spirit of love and service to others more than any 22-year-old I have met,” says Libby Boehne of Duke’s Campus Ministry. “It is rare to find a person who deeply cares for other people by asking questions, actively listening and being with others in their most difficult times. Grace is that person.”

A Benjamin Newton Duke Scholar, Grace will graduate from Trinity College this May with a bachelor’s degree in neuroscience and minors in both psychology and religion. Much of her undergraduate work has focused on the impact of trauma and how it affects the communications and recovery needs of its victims. This focus has led to numerous volunteer activities, such as assisting with programs sponsored by Reality Ministries for adults living with developmental disabilities; providing emotional support and resourcing advice for the National Alliance on Mental Illness; working with the South Carolina Coalition Against  Domestic Violence and Sexual Assault; and helping to shape the Duke Presbyterian Campus Ministry+. In the latter, Grace helped found a support network of students who reach out to one another for support on the important issues affecting their lives.

One of her most profound volunteer experiences involved serving as a summer intern for Solace Ministries, a nonprofit founded by and for survivors of the 1994 genocide against the Tutsi.

In May of 2018, Grace boarded a plane to Kigali, Rwanda, with the hope of serving survivors of the genocide and studying post-traumatic stress disorder. True to form, in looking back on this experience, Grace chooses to downplay the value of her own efforts in Rwanda and instead speaks about the gifts that the survivors gave to her -- praising their resilience and spirituality.

“They showed me a service that creates spaces for joy and sadness, for anger and disappointment, for doubt and confidence … reaching out with hope and faith,” she says. “This is a service which I hope to dedicate myself to continuing to discover, articulate, and embody.”

By all accounts, Grace is doing just that. 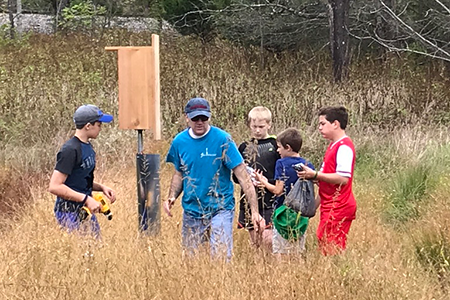 Dr. Christopher Kelsey is a man who makes the world a better place each and every day. His nomination for the Sullivan Award includes testimony after testimony as to his ability to balance his many responsibilities with compassion and integrity:

“There is a quality about Chris that does not compartmentalize his beliefs and his public/professional life. He always lives as if his values are part of every decision and action.”

“He is a genuine, unassuming person who has a special way of setting his anxious patients at ease. He deeply cares about the well-being of those who have put their trust in him.”

As an associate professor in the Department of Radiation Oncology within the Duke Cancer Institute, Chris treats patients, presents lectures as chief resident and is a prolific researcher who has published numerous papers on lung cancer, radiology, and other related topics.

He also trains future doctors with skill and patience.

“I have witnessed him mentoring many medical students, residents and younger faculty,” one colleague wrote about him. “He is always patient and kind when he is interrupted with a request or question. He is willing to help others at any time and gives his full attention as if there were no other matters competing for his time.”

As remarkable as his service in the field of medicine is, that’s only part of his deep commitment to others. Over the past decade, Chris has also served in two prominent unpaid ecclesiastical roles within the Church of Jesus Christ of Latter-day Saints, where his roles have included pastoral counseling, organizational oversight and financial decision-making that is often focused on how to distribute church resources to those in need.

He also regularly visits people in their homes, hospitals, and at the church, making a lasting and profound impact on their lives, his nominators said:

“Dr. Kelsey made numerous visits to our home and to Duke Hospice Hock Pavilion during the last days of my husband's life. I feel like Dr. Kelsey walked with us, right by our side, during this devastating time… I am so grateful for Dr. Kelsey's love, compassion and service.”

“I have personally witnessed him help the poor, bless the sick and afflicted, and help those burdened and pained with life's burdens.”

How can one person give so much of his time and energy to those around him? Perhaps his colleague in the Department of Radiation Oncology, Dr. Grace Kim, explained his inspiration best.

“The foundation of his character -- his kindness, gentleness, respect, humility and generosity of time -- are all rooted in his love for others,” she said.

A conversation with Kyle Cavanaugh, Duke's emergency coordinator, and Dr. Carol Epling, director of employee and occupational health, about what the start of 2021 holds for the Duke workforce amid the pandemic