It can be easy to see accomplished colleagues and assume that their careers have unfolded without moments of doubt.

While every career path is unique, instances of uncertainty exist in nearly all journeys. And it’s from these moments when valuable lessons can be learned, said Keisha Williams, assistant vice president of Duke’s Learning & Organization Development.

“It happens more often than you would know,” Williams said. “As you’re going down your path, you’re constantly gauging yourself and finding out what you do well. You will also see where you need to grow and find out what blind spots you may have.”

We talked to four decorated Duke employees about their journeys, and lessons that helped them overcome challenges along the way. 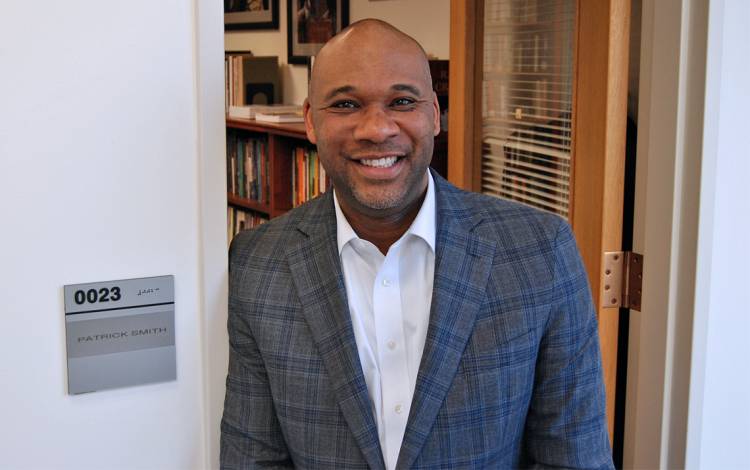 With his own background featuring experience in business, philosophy, religion and health care, Smith, who earned the 2019 Paul Ramsey Award for Excellence from the National Center for Bioethics and Culture, can strike an easy rapport with students.

But earlier in his career, there were instances when Smith was unsure of where all of this might fit together.

In 2007, Smith became the Director of Ethics for Angela Hospice, a Catholic-run facility in suburban Detroit. Despite a keen interest in medical ethics, Smith, who had business administration, divinity and philosophy degrees, initially felt ill-prepared for the job since he had not trained as a clinician.

“I was really apprehensive, wondering if I could do this,” he said. “I have no medical training. How am I to get the kind of insight that I need?”

Helping caregivers navigate end-of-life decisions or encounters with patients and families, Smith realized he didn’t need to rely on an intricate understanding medical cases as much as his understanding of ethics and faith. The ability to untangle complicated philosophical questions that arise in patient care was what he needed to provide.

“I needed to resist the urge to try to bring someone else’s tools to the table,” said Smith, who worked at Angela Hospice until 2015. “I had to bring my tools.”

Smith learned that, whatever your role, you’re likely in it for a reason. While you may face a learning curve in some areas, take confidence in skills you possess.

Don’t Be Afraid to Get Help 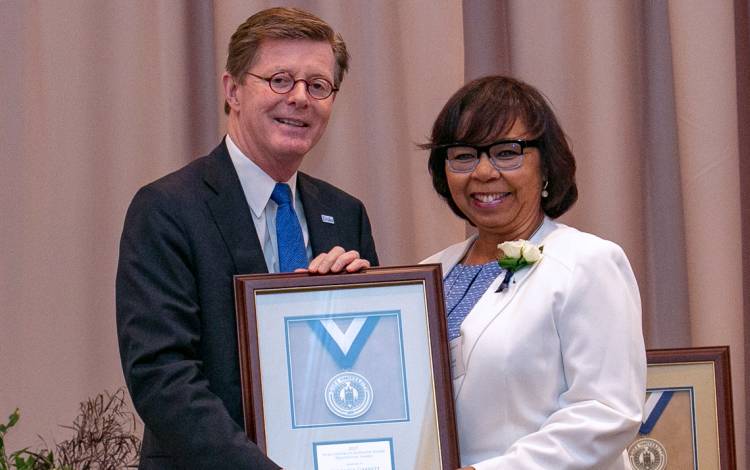 As an administrative specialist with Network Services, Veronica Garrett makes sure that physicians who see patients in-person or remotely at community-based and hospital-affiliated clinics in Duke’s Telestroke Network have nothing standing in their way.

Garrett builds schedules, secures transportation to clinics, ensures physicians’ have all the credentials they need and makes sure no billing quirks lead to paperwork headaches down the road.

Working with Network Services for 30 of her 36 years at Duke, Garrett’s done her job so well that she earned a 2017 Presidential Award, Duke’s highest honor.

But early on in her time with Network Services, Garrett found herself facing challenges she couldn’t take on alone.

At first, much of her work involved typewriters and paper forms. But the rapid change of technology left her needing to master digital office tools for word processing and spreadsheets. Realizing she needed help getting up to speed, she enrolled in courses through Duke Learning and Organization Development, a unit in Duke Human Resources.

Garrett has taken courses on such programs as Microsoft Word, Excel and Outlook periodically for around 20 years, sometimes repeating subjects to ensure she knows the newest features.

“I was never afraid to ask for help,” Garrett said. “I think that’s very important.”

Be Open to Questions 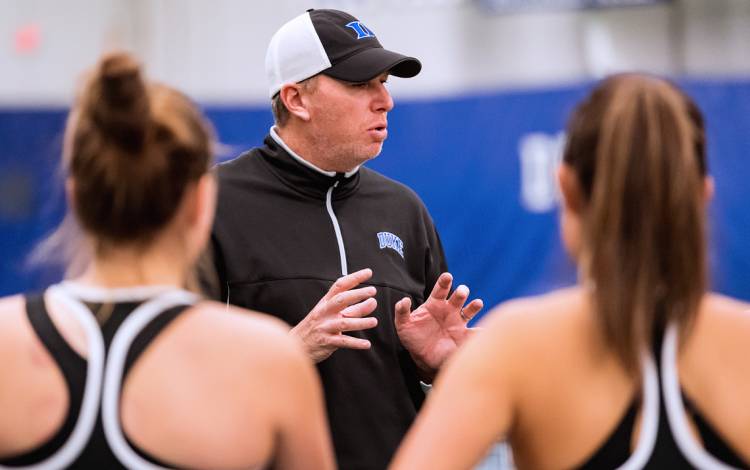 Since taking the helm of Duke’s women’s tennis program in 1997, Jamie Ashworth has put the Blue Devils among the nation’s elite. Under his watch, Duke has 17 20-win seasons, 23-straight NCAA tournament appearances, eight ACC crowns and a national title.

But Ashworth, who arrived at Duke as a 23-year old assistant coach in 1994, didn’t always have the answers.

During his early days at Duke, he recalls players questioning much of what he did. From practice drills to match strategy, Ashworth found that, despite the team’s on-court success, he needed sound logic behind each decision to placate his curious players.

Ashworth said that instead of finding the questioning frustrating, he saw it as a challenge he needed to rise to. It helped him become more deliberate in constructing practices, since he knew his team wanted each drill and each shot to mean something. It also helped him be more creative since his team had little patience for drills that had grown stale.

Ashworth said his coaching style is still evolving as each new set of players comes with their own questions.

“Don’t think you have all the answers,” Ashworth said. “And don’t be afraid to ask questions yourself.”

Remember Why You Do What You Do 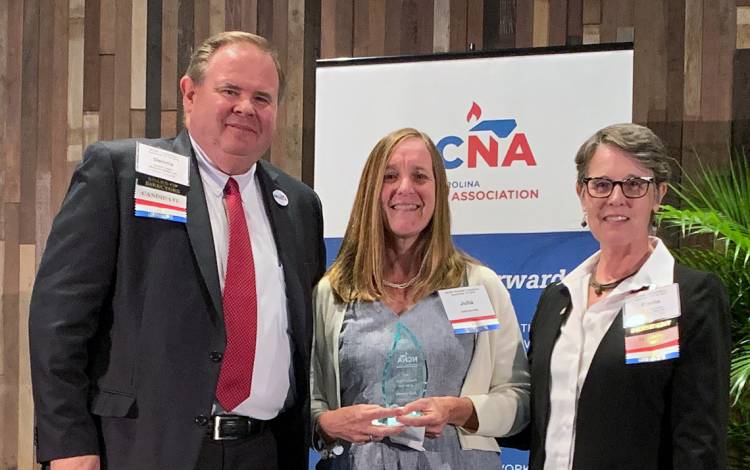 The program arranges temporary housing (or medical respite), transportation, follow-up care and connection to community services for patients facing homelessness. It’s a solution to the common problem of patients in need of vital medical care who don’t have a place to safely recover once they’re discharged and are too sick for the streets.

“This offers transitional care for people that are leaving the hospital and going back out in the community,” Gamble said. 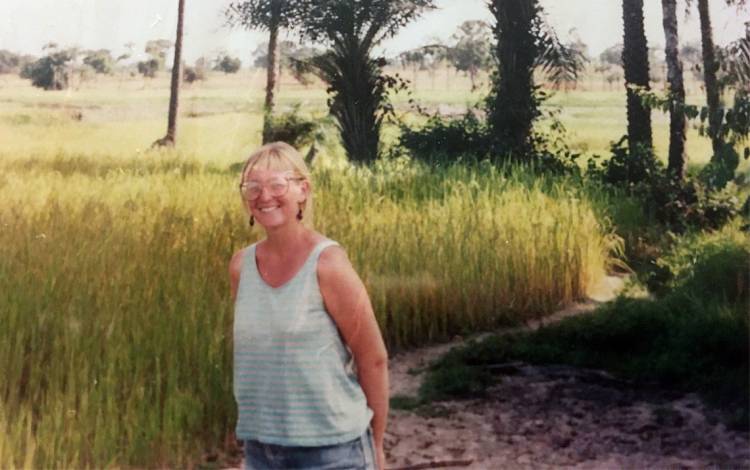 Prior to the formation of the program, seeing patients forgo care, or face dangerous situations following a discharge, was a common frustration for Gamble and her colleagues. But instead of being discouraged, Gamble fell back on what led her to the nursing field nearly a quarter-century ago.

The path Gamble took to becoming a nurse began in Africa, where three years in the Peace Corps showed her how very little positive change can be achieved if people aren’t healthy.

“I saw that health is really fundamental,” Gamble said. “Any project that you are going to do with an individual or community will be very difficult if health isn’t addressed.”

By keeping the reason for her work in the front of her mind, she was able to look beyond the hurdles facing homeless patients and focus on solutions. With her team, she’s helped improve the health of many homeless patients who have left the hospital with medical respite placements and assistance in transitioning to permanent housing.

“Instead of operating from a place of frustration, we thought, there has to be a better way,” Gamble said.