For Zoila Airall, finding out that she would be among this year’s recipients of the Duke’s Presidential Awards, one of the highest honors for staff and faculty, left her surprised.

In her role as associate vice president for Student Affairs, Airall has been a champion for Duke students – especially those from marginalized communities – for roughly two decades. Her passion came out of a drive to help as many students as she could. 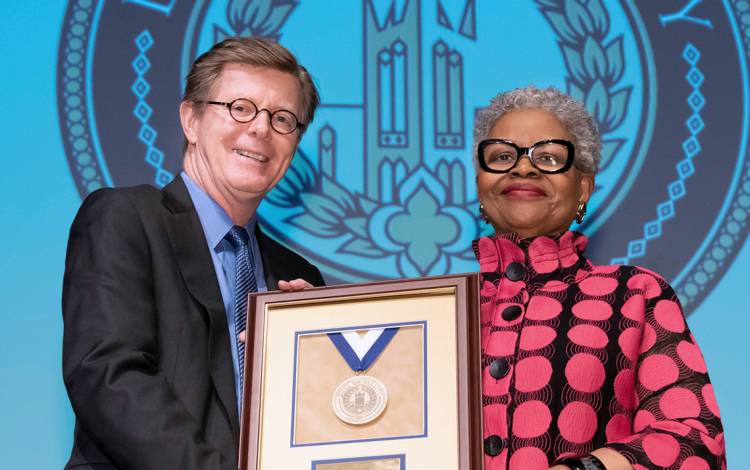 “I was shocked because I was getting an award for something that I loved doing,” Airall said. “This is work that I truly, truly love. Every day I get up excited to come to work.”

That was the case for the seven individuals and five teams honored during Tuesday’s ceremony in Page Auditorium. Their moment in the spotlight was the result of a willingness to rise to great challenges or a sustained commitment to demonstrating Duke’s values through their work.

And according to Duke University President Vincent E. Price, these qualities are present in across Duke’s workforce.

“When we think of a university, we might imagine students marching around with backpacks and headphones, and basketball players in Cameron,” Price told the audience in Page Auditorium. “But it’s the employees, the people who work tirelessly in support of everything we do on this campus, who are the heart and soul of the university community.

The Presidential Awards recognize individuals and teams who made distinctive contributions to Duke University and Health System and have demonstrated its institutional values of respect, trust, inclusion, diversity and excellence during the 2018-19 academic year.

Among the honorees was Larry Gill, a utility worker at the Duke University Law School. He is a central piece of the school’s culture through his work, pleasant demeanor and willingness to help with projects such as a school-wide composting program. 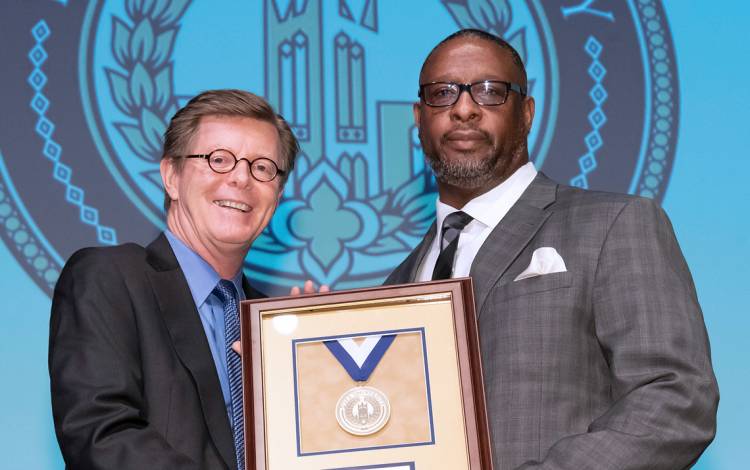 “It’s breathtaking, man,” said Gill, who was able to read the nomination comments. “I just do stuff from my heart and try to help out and do what I can.”

One of the more memorable moments of Tuesday’s ceremony came when Vice President of Duke Health Development & Alumni Affairs Ellen Medearis received a plaque bearing the 105 names of her team, which won a Presidential Award for its response to last year’s deadly gas explosion in downtown Durham. 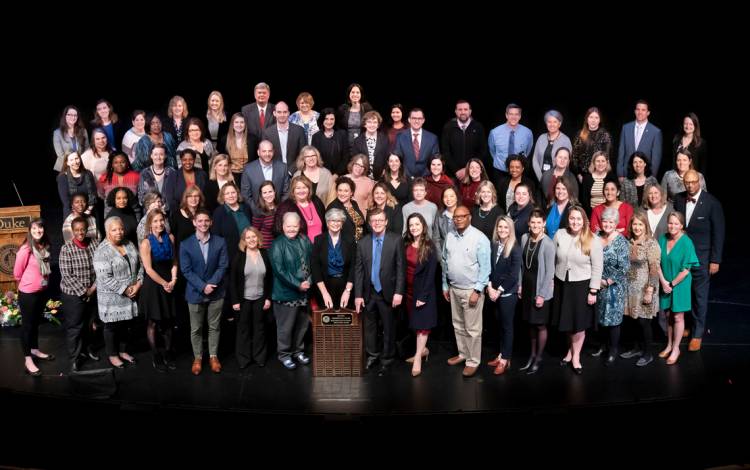 “They told me it was going to be big, but I hadn’t seen it,” Medearis said about the plaque. “But it’s really fun to have the whole team out here to see this. Now we just need to figure out where to put it.”

While the honor is thrilling, Medearis said life has yet to return to normal for members of the Duke Health Development & Alumni Affairs team, who have not yet returned to the downtown workspace due to building damage.

Watch this new video about the university's values of respect, trust, inclusion, discovery and excellence: