Across the nation, young people between the ages of 18 and 24 are the least likely to vote.

At Duke, the Hart Leadership Program at the Sanford School of Public Policy is aiming to change that. In partnership with Polis: Center for Politics,  the HLP is supporting the U Can Vote NC Campus Challenge, a competition among eight North Carolina colleges to see which school can get the most students registered and voting.

Early voting for the March 2020 primary election begins on campus Thursday, Feb. 13, in the Brodhead Center. It will run through Saturday, Feb. 29. Here are several things to know about early voting:

Administered by You Can Vote (YCV), a Durham-based nonprofit focused on nonpartisan voter education, the challenge will help schools facilitate voter registration opportunities for their students.

“At a time when everyone’s voice should be heard, I hope that every member of the Duke community will participate in the democratic process,” said President Vincent Price. “I am proud that Duke is partnering with You Can Vote to give our students the opportunity to register, vote, and empower our neighbors to do the same.”

Campuses will compete to win two titles: “Greatest Overall Turnout” and “Greatest Increase in Voting Rates.” Voting in North Carolina’s primary elections begins Feb. 13, and Election Day is March 3. No photo ID is required to vote during the primary, and same-day voter registration will be available at Duke’s early-voting site in the Brodhead Center.

Gunther Peck, director of HLP and an associate professor of history and public policy, said, “We are enormously excited to support the NC Campus Challenge. We believe You Can Vote is the ideal organization to facilitate the collaborative work that will make it successful and enduring.”

On Feb. 13, HLP is marking the launch of the Challenge and the first day of early primary voting with an event featuring Yael Bromberg, an attorney and scholar of the 26th Amendment. Titled “Student Rights Under Attack: The 26th Amendment and You,” Bromberg’s talk will focus on the historical importance of youth voting and the barriers that hinder political participation by students.

HLP is also sponsoring a video competition open to all Duke students. The “Why Vote?” Video Challenge provides the opportunity for students to produce 30-second messages that explain why their peers should vote. Videos must not mention candidates or parties, but can tackle issues they care deeply about.

Videos are due April 1 and winners in six categories, from most persuasive to best animation, will be notified by April 8. Winning entries will be shown at the Sanford School on April 17 and at other venues around campus during the lead-up to the November election. HLP hopes to repeat the competition in the fall for a larger intra-campus competition.

The idea for a challenge originated with ALL IN Campus Democracy Challenge, a national organization that has supported similar voting competitions at athletic conferences, including the Big 10 and the Southern Conference. The NC Campus Challenge is focused on the state of North Carolina and targets a diverse range of institutions, including community colleges, historically black colleges and universities, and public and private universities.

With the 2020 election season beginning this week, questions will inevitably arise about political activity on campus and engagement with policy makers. As a non-profit, tax-exempt entity, Duke must abide by federal and state laws prohibiting the use of its facilities, funds, services, personnel or other resources to support or oppose individuals or organizations campaigning for public office.

Information about university policies and guidelines about campus political activity can be found on the Government Relations website. This memo summarizes certain longstanding University guidance, policies and practices, as well as federal and state law regarding – among other things – permissible political activity on campus, visits to campus by congressional and federal executive branch officials and state officials, and lobbying.

Using funding received through a collaborative grant proposal, You Can Vote has hired staff to work with each campus to prepare students to vote.

“Throughout the year, we interact with eligible students to ensure they know their rights, get registered, are informed of what’s on their ballot, and, ultimately, help them make informed decisions in municipal, state, and federal elections,” said Kate Fellman, founder and executive director of You Can Vote. “At YCV, we believe that regardless of political views or voting knowledge, when citizens step up to vote in their communities, we can make better collective decisions.”

For more information or to join the NC Campus Challenge, contact Jake Gellar-Goad at jake@youcanvote.org or visit nccampuschallenge.org. Information about voting at Duke can be found here. 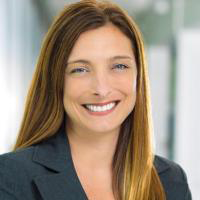 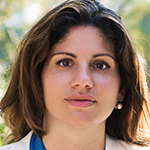 Sunshine Hillygus: "Why Young People Don't Vote and How to Fix That"

Student Rights Under Attack: An Interview With Yael Bromberg

Deadline to submit photos of your summer fun is 12 p.m. Aug. 8