History: Theater Operations formed when the Bryan Center opened in 1982. The department was originally the Event Management Division in the former Auxiliary Services.

Before the Bryan Center opened, there were two campus venues: Page and Baldwin auditoriums. Now, Theater Operations works with nine venues across Duke.

What they do: The Theater Operations team works with most campus organizations that host events mainly in Page Auditorium, Reynolds Theater, Griffith Film Theater and Sheafer Lab Theater, as well as Baldwin Auditorium and von der Heyden Studio Theater. 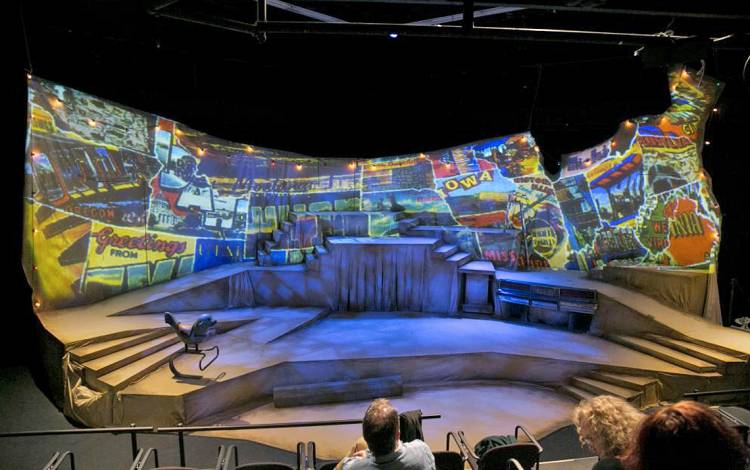 In a given year, the team provides lighting and sound for about 300 events, including the American Dance Festival and Duke Performance shows. Theater Operations also provides lighting, costuming and set design for the Department of Theater Studies’ fall and spring shows.

Events are booked through University Center Activities & Events and passed to Rich Kless, associate director of Theater Operations. Kless works with organizers to learn about the production and ideas for lighting, set, sound and costumes.

For the upcoming Theater Studies show “As You Like It,” a Shakespeare comedy about a dispute between two brother,  Theater Operations staff built a 17 foot by 27 foot barn, installed LED lights and made about 25 costumes.

“Whatever the artists need, we try to make happen,” Kless said. “We’re trying very hard to assist Duke’s mission in supporting the arts. We make that happen by putting together world-class lighting, production, costumes and sets.”

Experts in Theater Operations include the team’s eight senior production technicians, who operate lighting and audio system and set up stage rigging for shows. A week’s work for technicians varies from hanging lights for a dance performance and checking microphones for an a cappella concert to setting up a lighting design plan for future shows.

“Every week is wildly different,” said Leah Austin, assistant manager of stage operations for Theater Operations. “It makes the job exciting. I get to work with these crazily impressive students and employees on making their ideas come to life.” 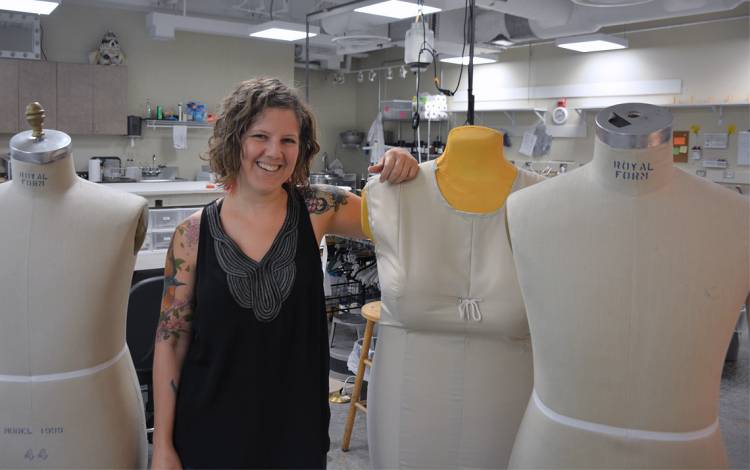 Theater Operations works closely with the Department of Theater Studies to create costumes and sets for its two shows each academic year. Theater Studies produces one show each during the fall and spring semester.

Erin West, assistant manager of the Costume Shop, works with faculty members directing the Theater Studies shows such as “As You Like It” this fall and “Fefu and Her Friends” in the spring. The general process for designing costumes is to read the script and talk to the director about the show’s concept, then thoroughly research clothing and art from the chosen era to create a unique costume design for each production.

The Costume Shop has about 1,300 items – from pants to blazers to period dresses. If a piece of clothing is not in Duke’s possession, West can purchase, rent or build it from scratch. She also oversees 10 student employees who help with costume construction and teaches the Costume Design class for Theater Studies.

“You never lose the excitement of seeing something you or your students created on the stage,” West said.

He works with wood, steel and canvas fabric to build sets with things like a model train car for “Ragtime” and a stage background in the shape of the United States for “Bob: A Life in Five Acts.”

Berberian is currently working with his 10 student workers to learn how to use 3D printers and CNC routers, a computer-controlled cutting machine, to build materials for future shows. 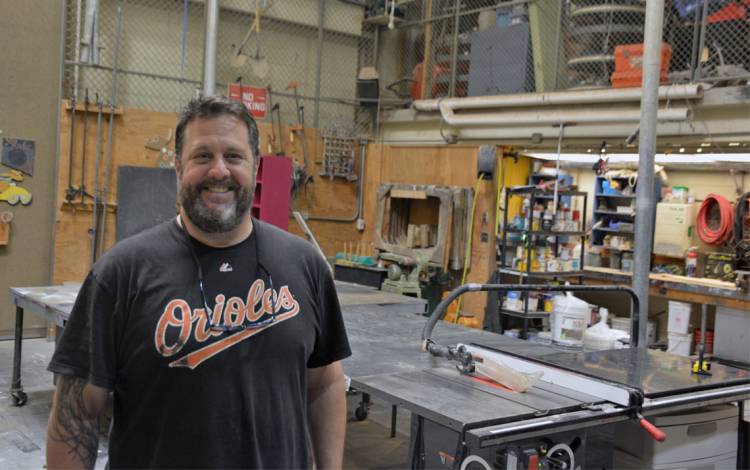 “With this job, there’s always something new to learn and something you’ve never built before,” Berberian said.

Significant achievement: Theater Operations helped TEDxDuke, a series of talks 18 minutes or less, grow from a single microphone and spotlight in the Griffith Film Theater to a full production with lighting design and backdrops in the Reynolds Industries Theater.

“You see some great, positive strides when Duke programs collaborate,” Rich Kless said. “We were able to work together to improve the quality of the series.”

Big goal: Theater Operations hopes to collaborate with more departments and student groups on performances, graduation ceremonies and other events.

“We’re here to help,” said Marcy Edenfield, senior director of Theater Operations. “We want to open the door to our experts. We’re here to build and create things.”

How to Make Saving a Habit