What he does at Duke: Harris oversees University Center Activities & Events (UCAE) student programming from Price-Palooza, which welcomed Duke University President Vincent E. Price with a fair on East Campus in the fall of 2017, to the annual Last Day of Classes (LDOC) celebration every spring.

Harris is the point person – the one making calls, sending email or meeting with departments like Student Affairs and Duke University Police to ensure events run efficiently and are adequately staffed.

“When you think of an event like LDOC, everyone from Facilities Management to Parking to Residence Life to the Dean of Students office is involved. A large chunk of my job is managing relationships,” he said. “The better the relationships you the build, the more the programs grow.”

Harris trains student and employees to lead and advise campus groups through “The Adviser Academy,” a day-long conference for student organization advisers to learn about best advising practices and university protocols.

In his role, Harris also serves an adviser for Duke Student Government and the Graduate and Professional Student Council, the student government body for Duke’s graduate and professional schools.

“College is so much more than just learning in the classroom,” Harris said. “It’s about providing students the opportunity to thrive in student government, in the arts, in media. At UCAE, we give them the chance to find their passion.”

What he loves about Duke: Harris loves his colleagues, who aren’t afraid to tease him a little. (About six co-workers walked by as Harris posed for the photograph for this story.)

“We have our next star!” a colleague shouted.

“The people make the job for me,” he said. “It’s exciting to come to work when you get along so well with your co-workers.” 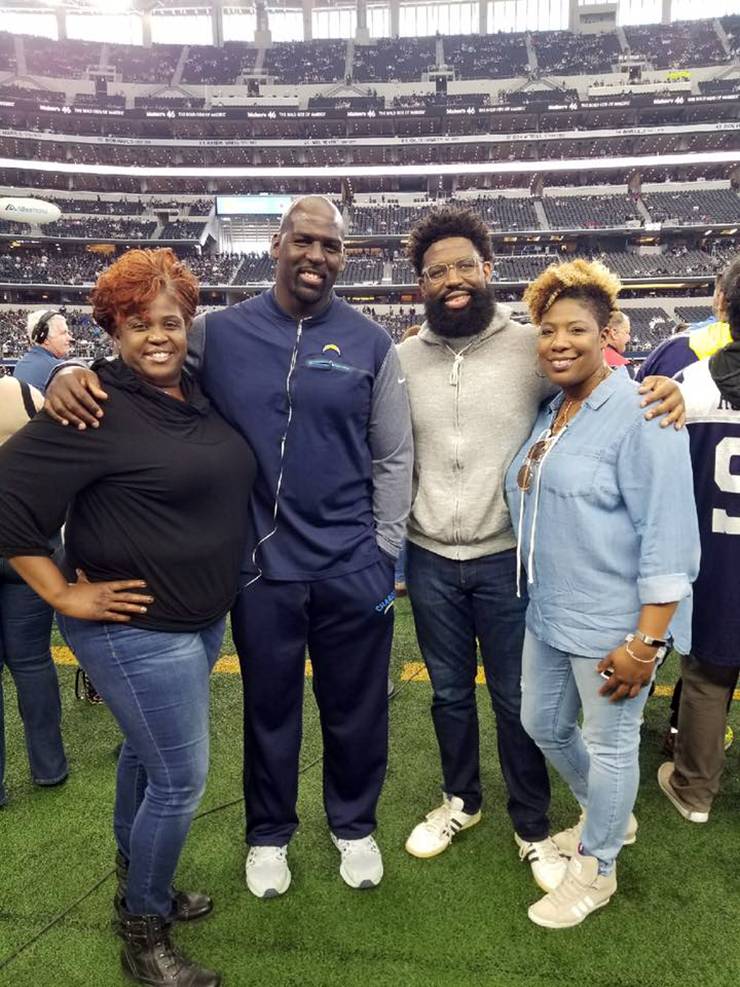 Meaningful object in his workspace: Harris’ old coworkers at Texas A&M University gave him a gift when left for Duke in 2016: a letter from U.S. Rep. and civil rights leader John Lewis. Lewis thanked Harris for his work in civil rights and diversity and inclusion at Texas A&M.

“I commend your demonstrated commitment to assisting those in need by providing guidance, support and inspiration to everyone in your community,” Lewis wrote in the letter.

“The letter means the world to me,” Harris said. “Rep. Lewis is such an influential figure in my life for his history fighting for civil rights.”

Memorable day at work: Harris was a University Marshal during Commencement in May 2019. He led students onto the field and guided them to seats.

“You feel this electric energy in the air from all of the excitement the students and their loved ones are generating,” Harris said. “It was fantastic. It’ll be a moment I never forget.”

Best advice received: A college mentor told Harris that “life travels at the speed of relationships.”

“Working in administration is all about knowing the right people. It’s how we get from point A to point B,” Harris said. “If you know someone, they’ll work harder for you to get things done.”

First ever job: Harris worked as a camp counselor at the Boys & Girls Clubs of Little Rock, Arkansas, in high school.

“That job was a nice first step to what I’m doing now,” Harris said. “I realized I wanted to work with students forever.”

Something most people don’t know about him: Harris has a fraternal twin brother, Chris Harris, who is an assistant defensive coach for the Los Angeles Chargers. Chris played defense in the NFL for seven years, including two seasons with the Carolina Panthers.

“What’s unbelievable is he only played one year in high school,” Harris said.

Duke is providing three reusable masks to all staff, faculty and students