Less than a mile away from West Campus, where another academic year is about to stir to life, the Central Campus Apartments, which were home to Duke students for more than four decades, are beginning to be removed.

This week, demolition began on the roughly 50 buildings scattered over 60 acres and three blocks along Erwin Road and Anderson Street. Soon, part of the area will be turned into temporary parking for employees who work at Duke University Hospital until decisions about the land are finalized in the future.

A task force studying “The Future of Central Campus” concluded in June that the area is a “gem” and should be reserved for future strategic uses in support of Duke’s mission.

“It is strategically located and should be carefully planned and developed only for the most compelling opportunities that will benefit the university over a long period of time and realize the highest potential of the land,” according to the task force’s executive summary.

Learn more about the past, present and future of Central Campus. 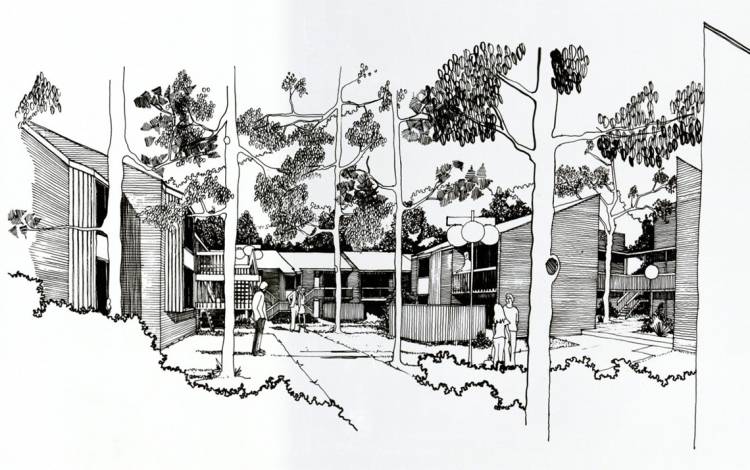 Prior to the mid-1960s, most of the area that is Central Campus was owned by Erwin Mills, a hosiery manufacturer, which had used it primarily as staff housing. Duke purchased the Erwin Mills land in 1964 but didn’t immediately settle on student housing as its ultimate purpose.

According to planning studies commissioned by Duke’s Board of Trustees in the mid-1960s, potential uses for the newly purchased area between East and West Campus were faculty housing, parking lots or a park-like recreation area.

By the late 1960s, the goal of building a complex for married student housing began to take shape. 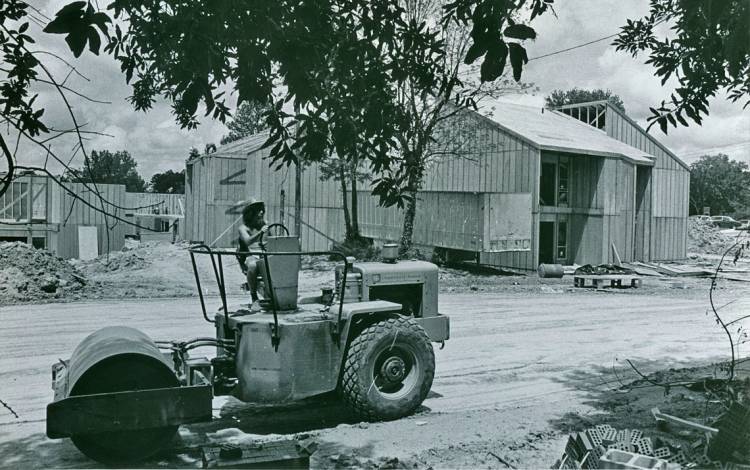 From 1972 to 1975, the Central Campus Apartments were constructed in clusters around greenspace and parking lots. The apartments were made of wood and brick and bore little resemblance to ornate buildings elsewhere on campus.

The plan was to have the area become home to graduate students, many of whom were married or had children. Instead of dormitories found on East and West campuses, the units on Central would be modeled after apartments, with one-, two-, and three-bedroom units with their own kitchens and bathrooms.

For the first decade of their existence, the Central Campus Apartments were exclusively home to graduate students or students with families, giving the area a different feel than student housing on East and West campuses.

In the late 1980s, increased enrollment created a housing crunch and brought increasing numbers of undergraduates to Central Campus. 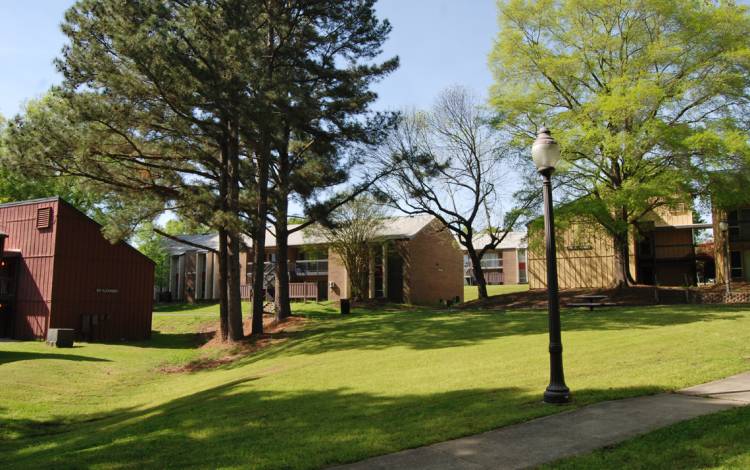 And the location, slightly separated from both East and West Campuses, allowed students like Steve Boland, a 2019 graduate who lived in the Central Campus Apartments as a sophomore and junior, to find a respite from main campus life.

“One of the things that appealed to me, aside from the SLG piece, was that I liked having some separation from home and school,” Boland said. “Having that apartment feel, where you had your own bathroom and living room and you weren’t right on the main campus, it was nice to come home every day and feel like that was your own space.”

At its peak, around 1,100 people lived in the Central Campus Apartments. In recent years, some of the buildings were slowly taken out of service. The last students moved out of the apartments in May.

“I think when people lived on Central, they saw a lot of positives to it,” said Joe Gonzalez, assistant vice president for Student Affairs and Dean for Residential Life “There was more space. They had their own kitchen; they had a bathroom they shared with only a couple of other people. I think the selected living groups that lived on central helped with the community aspect. People had a lot of friends around them and enjoyed the experience.”

With the expanded housing options such as the apartments at 300 Swift and the opening of the Hollows – which contains around 700 beds – this fall, Duke has space to relocate students from Central Campus and will allow the next phase of the property to begin. 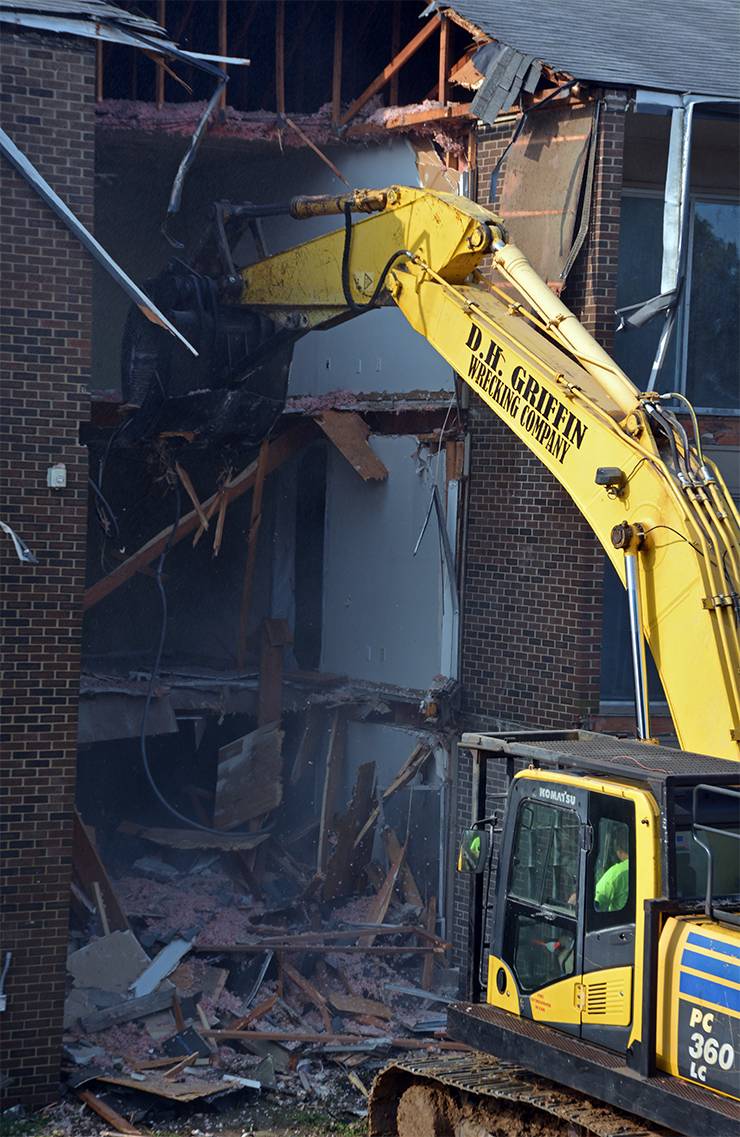 Over the next few months, roughly 406,000 square feet of wood-sided and brick-clad buildings will be taken down. The buildings that comprise the Mill Village as well as the Central Campus Pool will remain.

With the structures gone, the area will be temporarily used as parking for staff members of Duke University Hospital. But the ultimate future of the land remains undefined for now.

In 2018, the Board of Trustees commissioned a strategic task force to study “The Future of Central Campus.”

The group issued a report in June outlining its findings and recommendations. It concluded that Duke should retain ownership of the land and develop it in a manner that conforms to existing master plan principles.

“Central Campus is a valuable asset and should be reserved for future strategic and opportunistic uses supportive of and consistent with the university’s mission,” according to the executive summary of the task force.

While six acres of the parcel will be set aside for the expansion of the support area of Sarah P. Duke Gardens, the task force called for the rest of the land to ultimately be used for a single purpose, and not divided for use in several projects.

“The land is a tremendous asset that we want to maintain as an asset for Duke,” said Paul Manning, director of Project Management for Duke Facilities Management Department.