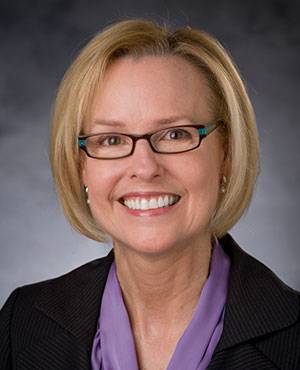 “We are immensely pleased that Geri—an internationally renowned scientist and clinician who has a long track record of inspiring and effective institutional leadership, and who now has deep knowledge of the DIBS community and mission—has agreed to serve in that role,” Klotman and Kornbluth said in a message to DIBS faculty and staff.

For the past two years, DIBS has been led by a faculty governance committee – chaired by Dawson – in conjunction with Schramm-Sapyta, who served as chief operating officer.

Klotman and Kornbluth praised those who have led the unit for the past two years in this untraditional leadership structure and recognized the work that they had done in setting strategic priorities and engaging the wider Duke neuroscience community.

“Together, you each played a part in stewarding DIBS through a complicated period,” they said.

Dawson will assume the directorship on July 1. A licensed practicing clinical psychologist and scientist, she is past president of the International Society for Autism Research. She serves as a member of the NIH Interagency Autism Coordinating Committee, which develops the federal strategic plan for autism research, services, and policy.

Dawson joined the Duke faculty in 2014 having already established a significant research record on the early detection and treatment of autism and brain development. At Duke, she has established numerous connections outside her home department. She also has appointments in pediatrics, psychology and neuroscience, the Sanford School’s Center for Child and Family Policy and the Duke Global Health Institute.

She has participated in interdisciplinary academic programs such as Bass Connections, where she and Guillermo Sapiro led the development of an early autism screening app based on computer vision analysis, which is currently being validated in Duke Primary Care.  Dawson co-led with Scott Kollins a successful effort to establish Duke as an NIH Autism Center of Excellence, based on an NIH P50 award that is focused on early detection, brain function, and treatment of autism and ADHD. With Joanne Kurtzberg, Dawson is conducting clinical trials funded by the Marcus Foundation to evaluate cellular therapies for autism.

Dawson’s extensive experience in leading and catalyzing interdisciplinary collaborations will serve her and Duke well as DIBS director, Klotman and Kornbluth said. “We are confident that the wider neuroscience community will continue to thrive in this next phase for DIBS.”