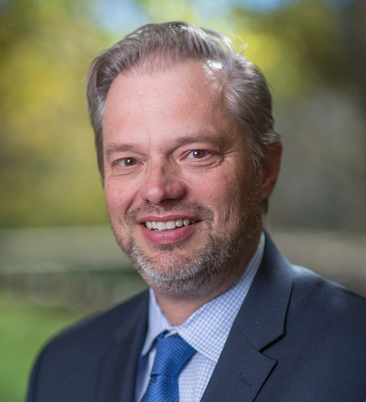 A professor in the Sanford School of Public Policy, Taylor succeeds Tom Nechyba, who has led SSRI since 2012, building it into a vibrant center for fostering intellectual community in the social sciences.  Nechyba will step down in June.

SSRI is one of Duke’s six signature interdisciplinary institutes with a mission of promoting multidisciplinary research on important social issues. Its Connection Bar in Gross Hall has emerged as a busy hub of activity from early morning to late evening, providing workshops, seminars, help desk resources, and workspaces to scores of faculty and students every month.

A native of Goldsboro, N.C., Taylor joined the Duke faculty two decades ago and has been active in interdisciplinary work in health policy.  In addition to his Sanford post, he holds positions with the School of Nursing, the Department of Community and Family Medicine, the Margolis Center for Health Policy, the Duke Clinical Research Institute and the Duke Global Health Institute.

Provost Sally Kornbluth praised Taylor as being “deeply committed to faculty governance and possessing a knack for bringing diverse groups together to explore new frontiers of social science research.  Don wants to see SSRI forge new partnerships around the analysis of health data, and extend Duke’s leadership in the study of the American South.”

Taylor’s connections across the campus will allow him to “to better connect the many strands of social science at Duke,” said Rachel Kranton, Trinity College dean of the social sciences.  “Don Taylor will be working with Duke’s excellent corps of social scientists to identify where SSRI can best catalyze new collaborations, whether to inform decision-making in Durham or develop new tools of analysis.”

Taylor has a long record of university service and promoting a collaborative and supportive campus environment. His two-year term as chair of the Academic Council ends in June.

This year he’s made a priority of holding discussions focusing on faculty behavior, university values and campus culture. As part of this effort, he’s worked with other faculty leaders to hold numerous listening sessions for faculty, staff and students.

“I am honored to be given this opportunity to build on the strengths and achievements of SSRI under Tom’s leadership, by continuing to support the community of social science scholars at Duke.  SSRI touches on all three primary tasks of a research university—research, teaching and service, and our world hungers for new knowledge and evidence that can make it a better place. I am excited for the opportunities that we have at SSRI and Duke to do this,” Taylor said.