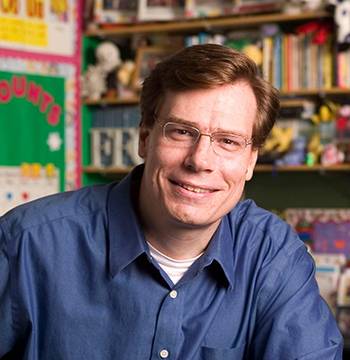 Economist Thomas Nechyba, who has served as director of the Social Science Research Institute (SSRI) since 2012, will step down at the end of June 2019.  An internal search for the next SSRI director will be announced in the fall.

The Social Sciences Research Institute has roots that date back to the early 2000s at Duke and became a university institute following the 2006 Duke strategic plan.  Soon after becoming director, Nechyba focused on the importance of location and quality of space in fostering intellectual community. He then conceptualized and shepherded the creation of SSRI West in Duke’s Gross Hall for Interdisciplinary Innovation on West Campus, where the Institute joined other key interdisciplinary initiatives in a renovated former chemistry building.

“Over the past six years, the vision and hard work of Tom Nechyba and his team at SSRI have greatly advanced the infrastructure for sophisticated quantitative social science at Duke,” said Ed Balleisen, vice provost for interdisciplinary studies. “We now have a much stronger foundation in this pivotal arena of research and education.”

The move to SSRI West helped to generate a vibrant environment that catalyzes collaboration and better serves the needs of students and faculty. SSRI’s “Connection” has emerged as a busy hub of activity from early morning to late evening, providing workshops, seminars, help desk resources, and workspaces to scores of faculty and students every month.

Under Nechyba’s leadership, SSRI has seen considerable infrastructure growth in grants administration and support for research involving sensitive data, particularly through its Protected Research Data Network (PRDN). SSRI boasts a committed and enthusiastic set of core faculty, an environment that nurtures a number of research centers that touch on multiple areas of social science, and an administrative, communications and technical scaffolding that supports the Institute’s initiatives, affiliated faculty and researchers, as well as other interdisciplinary projects such as the Information Initiative at Duke’s (iiD) Data+ program for undergraduates. These endeavors are complemented by a new Social Science Research Lab to get undergraduates launched in quantitative methods and community-based research, led by an evaluation team that has forged growing  social science-based engagement across the university and beyond, particularly within Durham.

In consultation with Nechyba, efforts are now underway to scale the services of the SSRI grants team into a campus unit for grants support.

“Strong grant administration is a crucial component in the support structure foundation that underpins the work of Duke researchers,” noted Larry Carin, vice provost for research. “Nechyba has overseen the creation of a highly successful model that already serves disciplines beyond the social sciences and that offers promise to an even wider campus community.”

Nechyba also served on the steering committee that conceived the Bass Connections program in 2012-13, and has served as leader of its Education & Human Development theme, which is housed in the SSRI.

Most recently, he played a key role in the development and launch of Duke University’s new Master of Interdisciplinary Data Science (MIDS), a joint venture between SSRI and iiD. Provost Sally Kornbluth has appointed Nechyba as the degree program’s director during its crucial inaugural year.

“All the early signs suggest that MIDS is going to fully capitalize on all the infrastructural capacities that Tom has cultivated at SSRI,” Kornbluth said. “Tom is the perfect person to lead this important interdisciplinary degree program.”

In addition to leading the MIDS program, Nechyba will also return to his teaching and research roles in the Department of Economics.