Twelve years ago, publishing in a journal most people had never heard of, a group of faculty from the Duke Department of Psychiatry and Behavioral Sciences suggested that 18 of America’s first 37 presidents met the criteria for a serious psychiatric disorder, based on a review of biographical information.

But in the current swirl of a presidency that is shattering norms, “Mental Illness in U.S. Presidents Between 1776 and 1974” is suddenly at the forefront of the national dialogue, fueling debate over President Donald Trump’s fitness for office and the ethics of mental health professionals making those claims.

“You don’t want psychiatrists going off and publically opining about things they might may not have expertise in for a political purpose.”

“It was a very different time when that was published in 2006,” Swartz said. “Our point was that presidents are people like anyone else, and they have mental health diagnoses at about the same prevalence as the general public, and it’s just something to be aware of.” 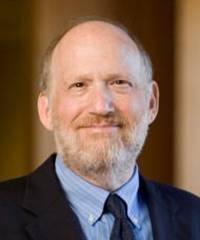 The study, which originally appeared in The Journal of Nervous and Mental Disease, is now being cited by journalists as an academic case for assessing the mental health of presidents based on something other than a personal psychiatric examination. In recent weeks, Swartz and his study have been cited by National Public Radio and the Washington Post.

In their paper, Swartz and his co-authors laid out three criteria used to determine whether presidents exhibited psychiatric disorders, as gauged by a review of the biographical information: Symptoms met the diagnostic definition; symptoms were persistent; symptoms altered personality, relationships or work capacity, and were evident to others and treated.

This kind of approach is part of a subfield of psychiatry known as psychohistory, which traces its roots back to Sigmund Freud. But it also appears to be at odds with the American Psychiatric Association’s “Goldwater Rule.” The association issued the rule in 1973 as an ethical guideline after psychiatrists were successfully sued for publically claiming that presidential candidate Barry Goldwater was unfit for office.

“The Goldwater situation was a huge embarrassment for psychiatry,” said Swartz, who is leading a grand rounds debate with psychiatry faculty later this month to discuss the Goldwater Rule.

“You don’t want psychiatrists going off and publically opining about things they might may not have expertise in for a political purpose,” Swartz said. “It’s one thing as a citizen, but if you’re speaking out as a psychiatrist, you must follow ethical guidelines.”

Professional guidelines require that psychiatrists must perform an examination to make a diagnosis, not conjecture from afar. The second tenant requires patient consent to disclose the diagnosis.

“Swartz said he recently reached out to the ethicist at the American Psychiatric Association to determine whether the 2006 paper was in violation of the rule, and learned that while the paper should have not made any diagnoses, its conclusions were adequately qualified to be acceptable.

As for the current interest in the paper, Swartz said the theme may be lost in current debate about Trump. “This was not a flamboyant paper. It was a very sober and serious review. And when you look at the president’s through history, you can’t connect mental illness with a lack of fitness of duty. Those are two different things, and certainly have nothing to do with the 25th Amendment, which is invoked by the president’s cabinet, not a bunch of psychiatrists.”

The stigma of mental illness

Frances, who in the last week has been quoted in the New York Times and was interviewed on CNN, MSNBC and a host of other television and radio programs, uses the current media interest to defend the mentally ill and also the integrity and accuracy of psychiatric diagnosis.

“The current rush to medicalize Trump’s behavior confuses it with mental disorder, stigmatizing those suffering from real mental illness who are almost always very well behaved,” he said. “And I also have to protect against the misuse of psychiatric diagnosis as a political weapon -- the medicalization of politics. We must keep our diagnostic system within its appropriate borders as a clinical, educational and research tool -- not allow it to become a cudgel to attack politicians we don't like."

An emeritus professor at Duke and former chair of its department of psychiatry, Frances was also chair of the task force that produced the fourth edition of the Diagnostic and Statistical Manual of Mental Disorders, often called the bible of psychiatry. A vocal critic of the president, Frances has used the media pulpit to cast doubt on the frequent claims that Trump's behavior should be attributed to one or more mental disorders -- dementia, delusional disorder or narcissistic personality.

“It's amazing to me how Trump has suddenly turned so many people into diagnostic experts, who are perfectly confident in explaining his actions in psychiatric, not political, terms,” said Frances, the author of "The Twilight of American Sanity: A Psychiatrist Analyzes the Age of Trump." "People should focus much less on Trump's presumed craziness, much more on how crazy we are to have elected him and to allow him to ruin our country. Psychological name calling is an inappropriate and impotent tool for opposing Trump. Only effective political action can tame him.”

Climate Courses From Economics to Ecopoetics