DURHAM, N.C. – In 2017 Duke welcomed more than 1,500 new international students representing 109 countries of primary citizenship. These undergraduate, graduate and professional students are among the largest and most diverse groups the university has ever welcomed in a single year, and include Duke’s first students from Cote D’Ivoire, San Marino, and Saint Vincent and the Grenadines.

This year’s increase is partially due to significant growth in the number of entering international students in the Master of Engineering Program at the Pratt School of Engineering, as well as the launch of the Master of Quantitative Management program at the Fuqua School of Business. More than 80 percent of students in the inaugural class are international.  Fuqua leadership anticipated the program would have strong demand from applicants, including international students.

Russ Morgan, Fuqua’s senior associate dean for full-time programs, noted that the program’s mix of analytics with business training has strong appeal for domestic and international students, and that the current demand for this type of skill by  companies makes attending a U.S.-based program even more appealing for international students who are hoping to work in the U.S. after graduation. 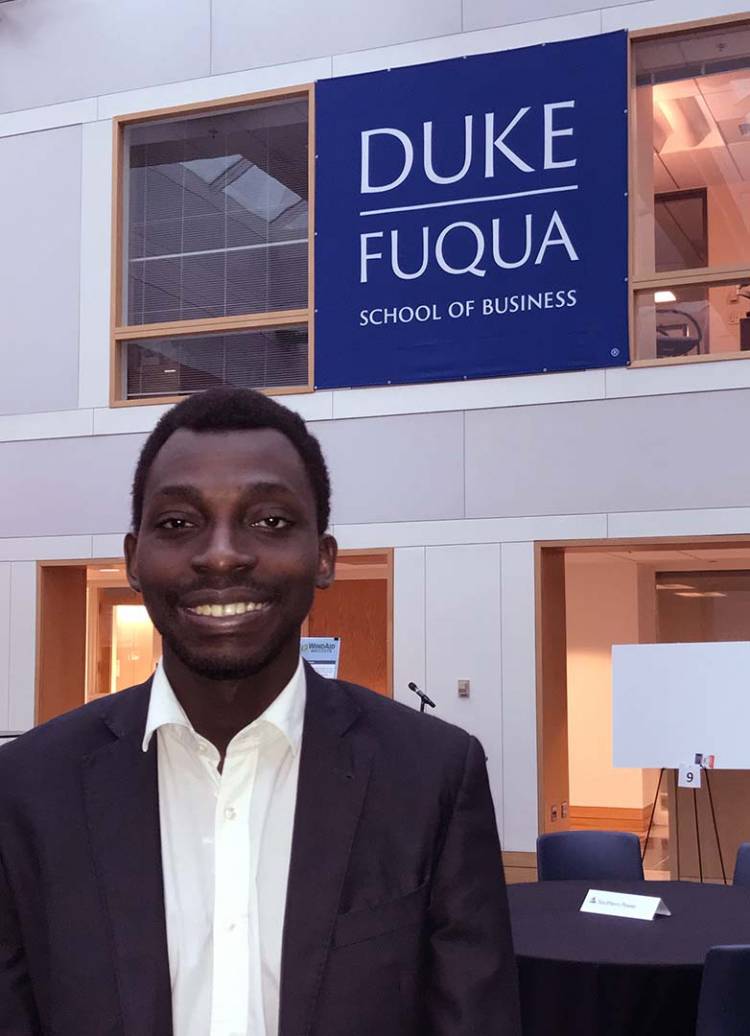 One of those students is Jean Dominique Vidjanagni, who comes from Cote D’Ivoire. After earning his undergraduate degree, Vidjanagni worked for a year at a manufacturing company. “When I was working, I got to interact with a lot of data. I could use Excel, I could pop out a graph, I could do those basic things but I couldn’t really interact at a deeper level with the data. That was very frustrating to me,” said Vidjanagni, who after graduation expects to land a job in investment banking or consulting.

Besides being a member of the Master of Quantitative Management program’s first class, Vigjanagni is also the first student from Cote D’Ivoire to attend Duke.

“Being the first person from Cote D’Ivoire feels pretty amazing. It also makes me feel like I am a pioneer for something that I could turn into something bigger,” he said. “ When I go back home to Cote D’Ivoire, I will try to make my kids go to Duke, or even my friends’ kids. Duke is amazing and the experience has been amazing so far.”

The growing diversity of international students coming to Duke is the result of intentional efforts to attract students from the widest possible variety of backgrounds.

Of the more than 200 new international undergraduates on campus this year, six are Davis UWC Scholars coming from a United World College school.

“Our most important goal, other than obviously maintaining a strong and robust cohort, is increasing the diversity in terms of the composition of that international group, while still responding fairly to the strength of applications,” said Anne Sjostrom, associate dean for Undergraduate Admissions, whose team travels to high schools around the world to promote Duke to prospective undergraduate students.

Sjostrom is also quick to point out that citizenship and residency data only tell part of the story of Duke’s international students.

One of those students is Fifaliana Ratodimahavonjy, a Fulbright scholar and Duke Law School’s first student from Madagascar. She is also the recipient of the Judy Horowitz LLM Scholarship, which honors former Associate Dean Judy Horowitz, the architect of Duke Law’s International LLM program who retired in 2013 after leading the program for 33 years.

Fifaliana chose Duke for its rigorous program in law and its global reputation. 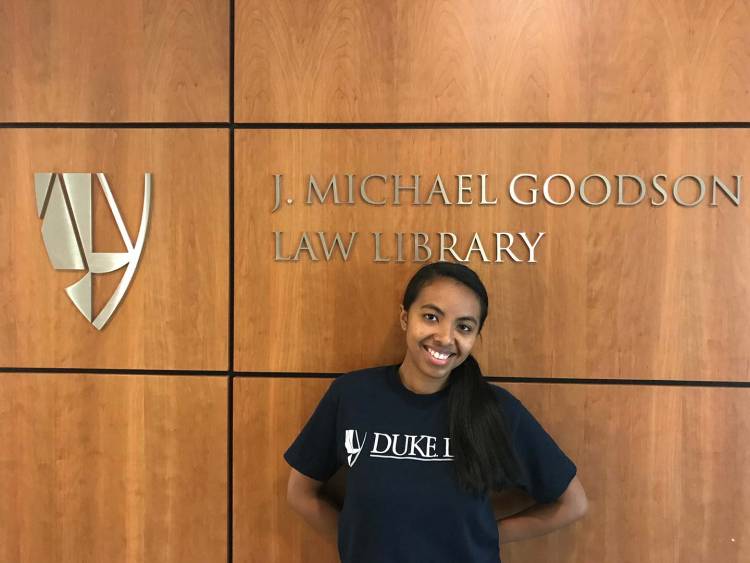 “I wanted more international and intercultural experiencies,” she said. She also sought a program that would allow her to broaden her knowledge of international business law, particularly in the area of state-investor dispute relations. “Currently I am taking a lot of amazing classes like International Business Law and International Arbitration. In my country there are a lot of foreign investors coming for mining purposes, and the problem is that there are very few practitioners who specialize in investment and state relations,” she said.

But academic and career opportunities were not the only factors that Ratodimahavonjy considered before committing to Duke.

“Duke has this connection with Madagascar because of the Lemur Center,” she said. “It is a little part of Madagascar in the middle of North Carolina. When I looked at universities I saw that Duke had a good connection with my country and it was also a good international program. I was happy to come here.”

Energy Week Begins Nov. 7, With A Role For Everyone