Gregory Samanez-Larkin isn’t content to sit still. On a sunny afternoon he can be found walking on a large treadmill desk, the central feature in his otherwise sparse office.

He’s giving each of his team members a standing or treadmill desk, too.

“I can’t read research about how bad it is to be sedentary for mental acuity in old age and have my people sit at desks all day,” said Samanez-Larkin, who joined Duke as an assistant professor of psychology and neuroscience in July. “We’re remodeling the whole lab.”

Samanez-Larkin wants to help people of all ages make better choices about money and healthcare. In his research, he uses a combination of behavioral studies and state-of-the-art brain imaging to parse how the brain makes decisions about these tricky issues, and how this decision-making machinery changes as we age.

His research is motivated, in part, by trends in national policy that place increasing control over retirement income and health insurance into the hands of private citizens.

“We just don’t know how well-prepared people are to make these decisions, and probably they are not very well prepared,” said Samanez-Larkin, who is a member of the Center for Cognitive Neuroscience in Duke’s Institute for Brain Sciences.

“We want to learn more about what capacities people have to make these decisions, and what psychological or cognitive strengths they have at different ages to optimize choices and help this process go a little better,” Samanez-Larkin said.

Samanez-Larkin didn’t always want to be a neuroscientist. Growing up in Flint, Michigan, scientific careers simply weren’t on his radar, he said.

As an undergraduate at the University of Michigan, Ann Arbor, his interest in art led him to consider a career in graphic design. But a class in neuropsychology – and what was then a brand-new brain imaging technique called functional MRI – changed his mind.

“Without going inside somebody’s head, fMRI lets you see activity in really deep parts of the brain and how one region interacts with another region,” Samanez-Larkin said. “That just seemed amazing to me.”

It was Carstensen who first inspired Samanez-Larkin to study decision-making in the aging brain.

“She talked about what an amazing moment it is in terms of aging,” Samanez-Larkin said. “In the past one hundred years we’ve added more years to life expectancy than in all of human history combined, and all of the structures around us like retirement, social security, and even education are built on a much shorter lifespan.” 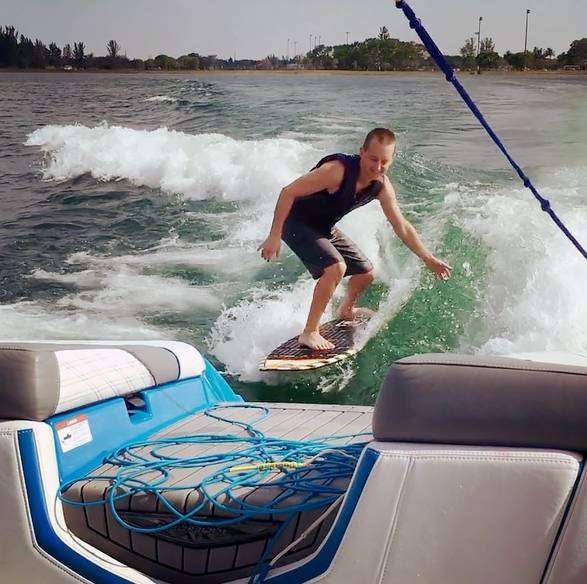 At Stanford, he began the research on risk, reward and decision making that form the foundation of his research program. After a postdoctoral fellowship at Vanderbilt, Samanez-Larkin joined Yale as an assistant professor of psychology.

In one study, he found that risk-taking youngsters continue to take more risks than their peers as they get older. Another revealed that older adults tend to be less anxious about potential financial losses than younger people.

Last year, his team published a report showing that even moderate amounts of exercise – around 6, 000 steps a day -- can reduce the steep loss in the brain’s dopamine receptors as we age. This decline has been linked to many of the cognitive deficits that can occur in older people.

At Duke, Samanez-Larkin plans to extend his research to investigate how rewards and motivation can help people make better decisions for their long-term health.

“We have plans to study how to get people exercising and moving,” Samanez-Larkin said. “Because people know it is good for them, but they don’t do it. So how do we get people motivated?”

For example, in one ongoing study, his team is using Fitbits and messaging apps to monitor what types of health messaging motivate people to exercise more. At the same time, they are using neuroimaging to study how different types of messaging affects brain activity.

“Duke is one of the few places where there is aging research in almost every corner of campus,”

Samanez-Larkin said. “This is a great environment because there is so much collaboration potential.”

A former competitive wakeboarder, Samanez-Larkin showed off his skills in last summer’s Duke Time Off photo campaign. He also enjoys skateboarding, paddleboarding in nearby lakes, and exploring Durham with his wife and two young kids.

“Durham is a great place to live and raise a family. I’m grateful to be a part of the Duke and Durham community,” he said.