On a nondescript Central Campus corner lot this fall, a hole was drilled 350 feet into the earth.

Less than three inches wide, and visible only as a capped-off pipe a foot or two off the ground, the deep borehole is a window into the region’s geologic past, an enquiry into the geothermal energy that sits below the surface of the earth, and a classroom for learning about both.

“It’s a laboratory,” said Paul Baker, a professor at the Nicholas School of the Environment and principal investigator on the research side of the project. “This is fantastic for students to see.” 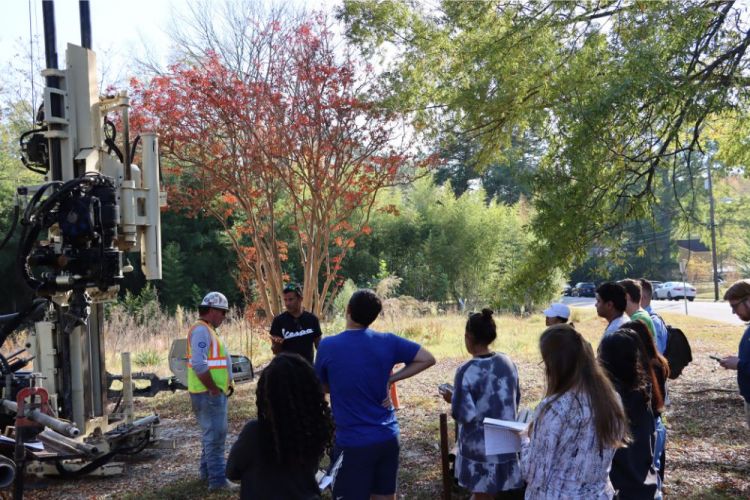 Geothermal energy is the clean and renewable source of heat contained in rock beneath the earth’s surface. That heat emanates from the planet’s core, which burns at 1,000 degrees Celsius. The remnants of that radiant heat closer to the surface can be used to heat and cool buildings, and to generate electricity through steam.

It’s used most widely in places like Iceland, where sources of high heat are close to the surface. But it can be accessed elsewhere by drilling.

Duke sits atop a Triassic basin, a lowland trench created by the split of land masses about 220 million years ago and subsequently filled with sediment runoff from higher ground. The drilling project taking place this fall was funded through the Dean’s Research Venture Initiative at the Nicholas school, and will begin the process of measuring how much geothermal energy is present in the rocks beneath Durham, exploring whether it is plentiful enough – and sufficiently warm – to be of potential use on campus.

“I don’t think there’s a huge possibility of a resource here, but it’s still worth exploring,” Baker said. “Exploration is important. We want students to see this.”

Exploration is the crux of the project’s classroom aspects. The practical experience in geothermal geoscience and drilling class is taught by Peter Malin, professor emeritus at the Nicholas School. 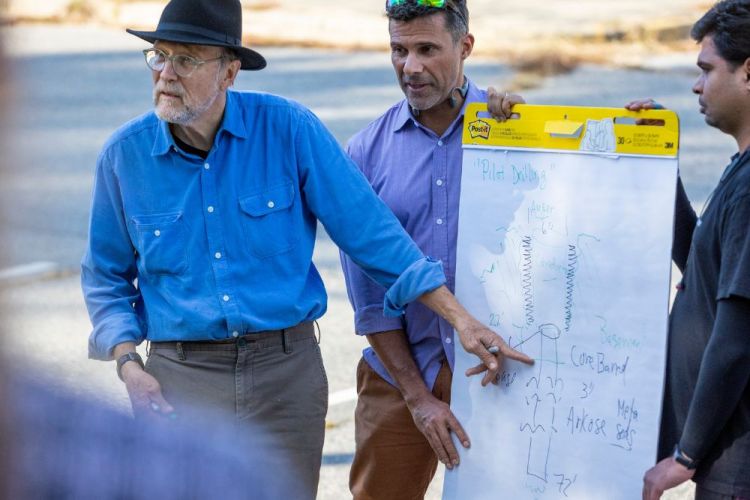 Malin said he wants to equip students with the knowledge needed to spearhead geothermal projects.

“My hope is that someday in the future, they will be leading in some small community and be asked to determine the geothermal potential that might exist in their community, and have practical experience that they can start out knowing with confidence that they would be able to deliver for their citizens and fellow community members,” he said.

Brian McAdoo, an associate professor at Nicholas, is also using the project as part of an experiential class examining natural resources in North Carolina that can contribute to a more sustainable future.

“The only way to learn that stuff for real is to do it,” McAdoo said. “This was an extraordinary opportunity for the students to see what it takes to actually drill a hole in the ground somewhere. And it's not easy.”

The borehole reached through the ancient sediment into the underlying rocks, Malin called it a pilot drill that's a necessary first step in any deep geothermal project.

“The next stage for a Duke commitment toward geothermal would be an equivalent pilot boring into these deeper rocks,” he said.

In his basement lab at the Pratt School of engineering, Associate Professor Manolis Veveakis and his students are analyzing the rocks removed from all levels of the hole. The cylindrical cores tell the geological story of the last couple hundred million years in Durham.

In studying the mineralogic composition of the samples, Veveakis and his students will assess whether the rocks are sufficiently permeable to carry the water used to transfer geothermal heat to the surface. Because the Triassic basin runs all the way up the East Coast, the findings will be useful for geothermal projects far beyond Durham.

“For me, the most exciting thing is the combination of advanced teaching and research,” Veveakis said. “The fundamental thing is to have the data and understand what you’re dealing with.”

Students are also testing groundwater samples and assessing changes in underground temperature. The hole will remain in place, its caps secured, so students and researchers can continue to gather data from it. 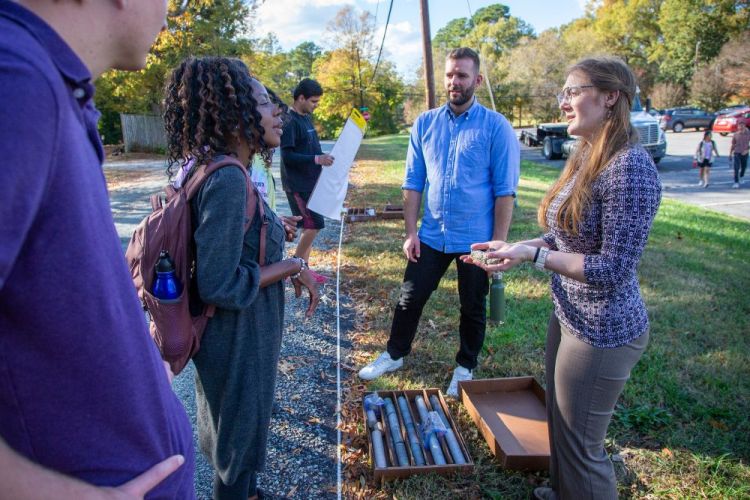 “We can come back and measure these things over time,” Baker said.

Anya Gupta, a junior studying earth, climate science and environmental science, said she’s enjoyed learning about the drilling process and how renewable energy projects are initiated. But the highlight, she said, is piecing together the geologic history of the area from the cores removed from the drill hole.

“It's really neat to be able to piece together an evolutionary history of the Durham Basin and understand what depositional climates were like millions of years ago, what minerals were present, and be able to understand the subsurface geology of this region of North Carolina,” Gupta said.

The new class reflects Duke’s Climate Commitment, the goals of which include making students  fluent in sustainability. The drilling project was possible only thanks to the battery of geological knowledge among Duke faculty.

“We have all the complementary expertise here at Duke,” Veveakis said. “That’s unique.” 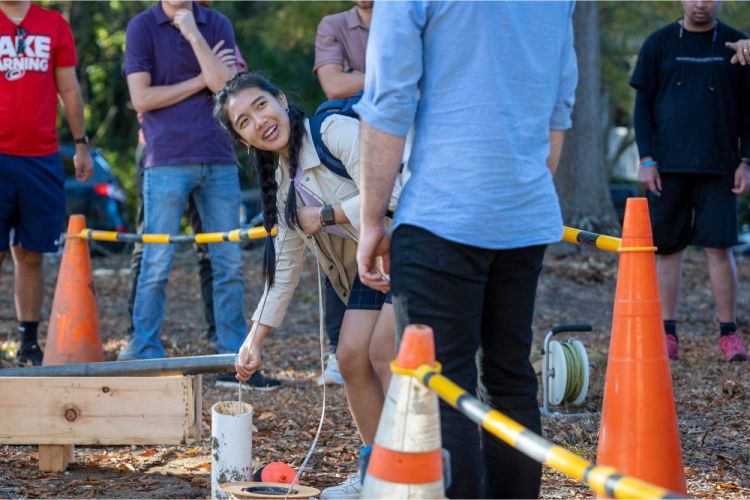 Campus Then and Now: From the Air