DURHAM, N.C. – Duke scientists have identified a previously unknown barrier that separates  the bloodstream from smelling cells in the upper airway of mice, likely as a way to protect the brain.

But this barrier also ends up keeping some of the larger molecules of the body’s immune system out, and that may be hindering the effectiveness of vaccines.

It makes sense to have a protective barrier for the olfactory cells lining the nose, because they offer a direct path to the olfactory bulb of the brain, making them effectively extensions of the brain itself, said lead researcher Ashley Moseman, an assistant professor of immunology in the Duke School of Medicine.

However, the new barrier, which his team has dubbed the BOB – the blood-olfactory barrier -- also might be keeping vaccines against respiratory viruses from being more effective by preventing those antibodies from reaching the mucous on the surface of the nose, the first barrier a virus encounters.

The team was trying to understand better how the immune system protects the upper respiratory tract by infecting mice with a virus called vesicular stomatitis virus, or VSV, that is known to penetrate to the central nervous system. Once inhaled, VSV readily infects the olfactory sensing cells and rapidly replicates, reaching the olfactory bulb of the brain within a day. Although it can lead to paralysis and death, it is usually cleared by a T cell response.

They wanted to understand better how a prior infection could provide protection against subsequent infection. What they found was that while the BOB prevented circulating antibody protection, it does allow antibody secreting plasma cells to enter olfactory tissues and locally produce neutralizing antibodies. The findings appear Sept. 21 in the journal Immunity.

The researchers weren’t looking at this question because of COVID, but the SARS-CoV-2 virus is known to infect olfactory cells and cause smell loss in many infected individuals. They now think that this new barrier might partially explain not only the prevalence of so-called breakthrough infections, but also why these infections are far more often associated with smell loss than with pulmonary symptoms.

“The reason that COVID infections typically stay in the upper airways and less commonly reach the lungs of vaccinated people may involve this gap in immune protection,” Moseman said.

“You could have a situation where you have perfectly good (amounts of) antibody in circulation from a COVID vaccination, but these antibodies are prevented from reaching the olfactory cells,” Moseman said. “You'd be protected against severe pulmonary disease, which is great, but you could still have these replicating events going on in the olfactory epithelium because the systemic antibody doesn't get there. This is obviously unpleasant for the individual, and may contribute to continued community spread.”

Moseman said the finding also gets his team closer to another tantalizing question: How is it that an infection can drive antibody-secreting B cells into tissues, but many immunizations fail to do that?

“Vaccines create antibody-secreting cells that make antibody and give you a nice blood antibody titer, but those cells don’t necessarily enter and protect these tissues,” he said. “Antibodies that are in circulation don't get to the olfactory surface where they can protect against the viral infection.”

Understanding how the immune system knows the difference between an infection and a vaccination could lead to more effective vaccinations, Moseman said. “What you need to have is antibody-producing cells that go past the BOB, and then sit in those tissues and locally make antibodies.”

Next, the researchers need to understand better what the BOB is made of, so that they can go looking for it in other animals and humans.

“It's a relatively small area and it could be quite technically challenging to analyze in humans,” Moseman said. “If you understood what constitutes it, what factors maintain it and all these kinds of things in the mouse, then it will be a little bit easier to try to transfer that knowledge and look for it in human tissue.”

“We think it's certainly plausible that this would exist in humans. We just haven't actually been able to test it directly,” Moseman said. “There are a lot of questions.” 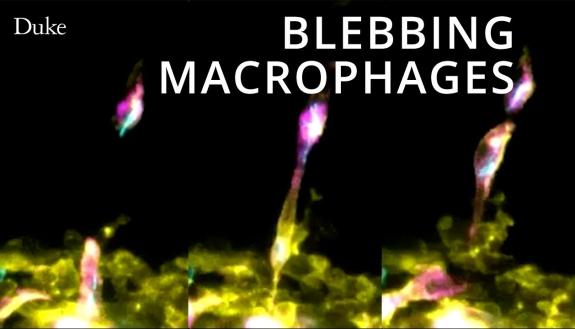 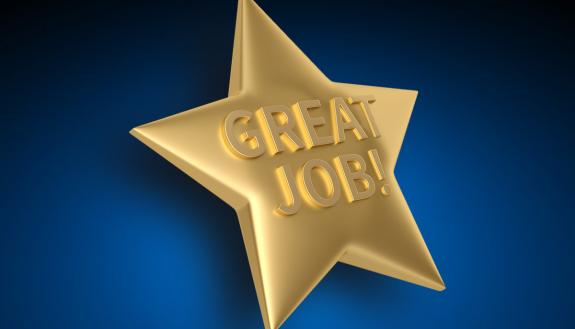 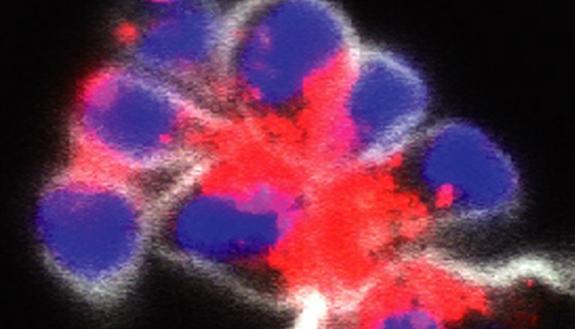