In 1982, Chavis was arrested during a citizen protest as the state government tried to dump toxin-laced soil in Warren County, North Carolina.

“Forty years ago, of the 100 counties in North Carolina, Warren County was the most predominantly Black,” Chavis said during the fall 2022 Robert R. Wilson Distinguished Lecture. 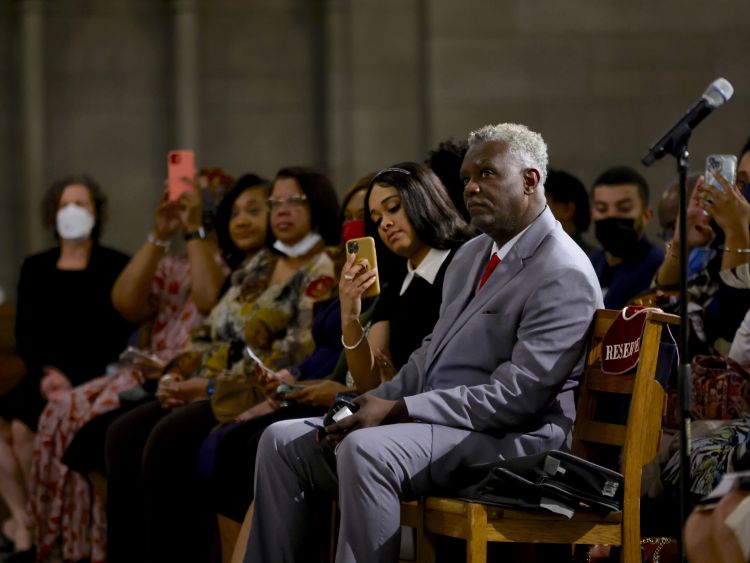 The incident spurred the birth of the environmental justice movement and led to a landmark 1987 report documenting environmental racism by mapping locations of toxic waste disposal across the United States.

The lecture featured Chavis in conversation with Catherine Coleman Flowers, an environmental and climate justice activist and 2020 MacArthur Fellow.

Flowers is currently a Practitioner-in-Residence at Duke and the founding director of the Center for Rural Enterprise and Environmental Justice in Alabama. The center improves access to clean water and safe waste treatment systems in rural communities, especially communities of color.

Cameron Oglesby, a master of public policy student, organized and moderated the discussion, "Environmental Justice: Past, Present, and Future" on Sept. 15 at the Duke Chapel. This event is a part of a larger fall series of lectures and celebrations of environmental justice at Duke.

"We put together this series of events because it was necessary. Educating ourselves – as citizens, scholars and members of the community – on the importance of doing environmental and climate work justly should not be an optional task,” Oglesby said.

The Sanford School of Public Policy, the Nicholas School of the Environment and the Duke Human Rights Center at the Franklin Humanities Institute hosted the event.

This lecture reflects the Duke Climate Commitment, which unites the university’s education, research, operations and public service missions to address the climate crisis. The commitment – to be formally announced on Sept. 29 – builds on Duke’s longstanding leadership in climate, energy and sustainability to educate a new generation of climate-fluent innovators and create equitable solutions for all.

Q: What motivated you to get involved with the environmental justice movement?

“I saw an inconvenient truth when I saw the intersectionality between climate change and what was happening around the sanitation issue [in Lowndes County, Alabama, where Flowers grew up].”

“I'm a grandparent. I don't think that any grandparent or parent out there can sit idly by and not let our children have a future. And if we do not address climate change and environmental justice, there will be no future for them. And that drives me every day to do all I can do to make sure that my six-year-old grandson has a future.”

“When I was born in Oxford, [North Carolina,] growing up, everything was segregated.”

“But growing up, I knew something was wrong. So, I'm always looking for ways…to prevent the wrong from coming back.”

Q: Can we address environmental justice without addressing racism?

“We're in denial of the existence of systemic racism.”

“We have to find a way to work together. I do think however, it is incorrect to think that Black people alone are going to solve America's racial problem. This is a problem that white people, along with other people of color, have to solve.”

“I want to build a movement that is multiracial that affirm the oneness of humanity of all people.”

Q: Where do businesses play a part in the environmental justice movement?

“I believe that public and private partnerships are the way of the future. I had a good talk today with President Vincent Price, the president of Duke University. And he said that he has a vision of this university, becoming a center for climate, climate justice, and we extended it to the community in Durham, but also the community and the Triangle. You have some of the best scientific minds, some of the best healthcare minds. There are public policy minds in this area. You also have some of the leading corporations in this area.”

“The government, public, corporate leaders, we all have a role to play. And I think having a prestigious university like Duke University also play a leading role in bringing what would be these disparate entities together to find ways to work together.”

“I believe that we have to have public-private partnerships as well.” 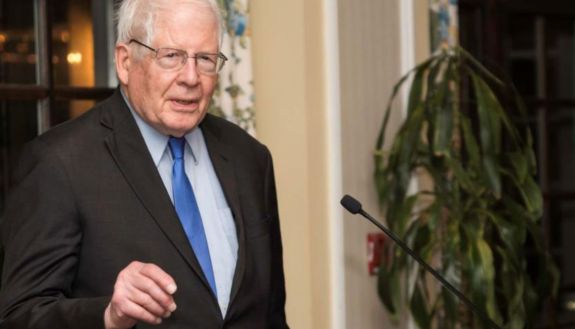