High above the timberline, a small creature rustled the branches where the bright green leaves met the light blue sky.

You could catch a glimpse of it expertly leaping from limb to limb, maneuvering between trees, contorting its body and hanging upside down while pulled off leaves that quickly became a snack.

The animal was a Coquerel’s Sifaka, a leaf-eating primate typically found only in the dry northwestern forest of Madagascar. Yet here it was in Durham, about 25 feet up, roaming in a wooded area at the edge of Duke Forest.

“I thought this would be a good way to kick off who we are,” said Duke Lemur Center Executive Director Greg Dye, as a lemur climbed above him.

There are two places where you can see lemurs in their element: on their native island off the coast of mainland East Africa, and on campus at the Duke Lemur Center. Founded in 1966, the Duke Lemur Center is a world leader in the study, care, and protection of lemurs, which are Earth’s most threatened group of mammals. With more than 200 animals across 14 species, the 100-acre center houses the world’s largest and most diverse population of lemurs outside Madagascar. 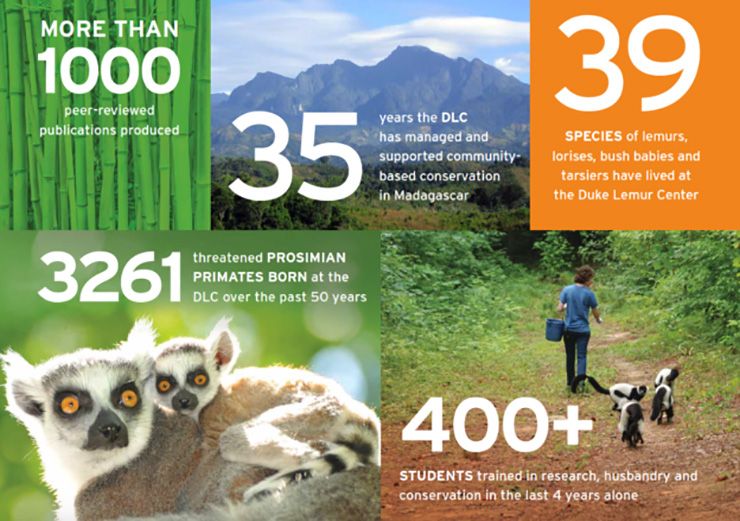 It’s always been a special place for the 35 team members who work on-site, as well as the staff and faculty at Duke who count the center’s paid tours among their non-traditional workplace perks.

“We’re here now 56 years later, and it’s a testament to Duke being such a good partner for us,“ Dye said. “And I will say, the staff is really the driving force. We’ve got a smart and really passionate staff.”

Among the staff members is Megan McGrath, education program manager for the Duke Lemur Center.

For the past six years, McGrath has overseen the coordination of public programming that helps visitors learn about the work on site. Programming includes general tours that provide an overview of the facility; behind the scenes tours to see where lemurs, eat, sleep and play; and walking experiences to see the lemurs without barriers, but not touch them. It’s a role that routinely allows McGrath to hear visitors remark, “you’re so lucky to work here.”

Ashleigh Fotenos, a physician recruiter for Duke Primary Care, is among the lemur center’s employee fans.

She first heard about the center when she joined Duke in 2018. She was intrigued by an opportunity to see animals she’d never seen. Though she has had dogs, cats, turtles and lizards as pets, she didn’t know much about lemurs before booking a tour. 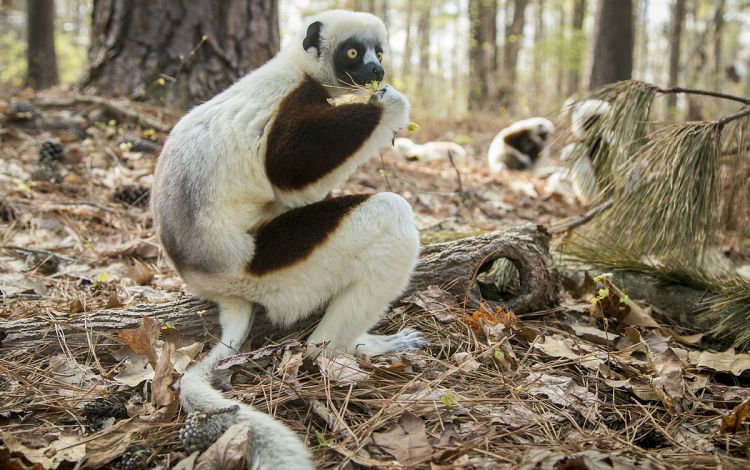 On her first visit a few years ago, she took her 8-year-old nephew. She’s been back several times since then, including in 2021 when she learned about the need for visitors to mask and other safety protocols to keep lemurs safe from COVID-19. She often checks in on the lemurs and news of newborns through the center’s Instagram page.

“It’s something I probably wouldn’t have really known about outside of Duke,” Fotenos said. “I think just being a part of Duke opened that experience to me.

Got a unique experience to share at Duke? Send us a note and photographs through our story idea form or write working@duke.edu.