“I am honored to present this year’s University Medals to Dick Brodhead and Janet Hill,” said Duke President Vincent E. Price. “As president, Dick Brodhead lifted Duke to new heights. As a trustee, Janet Hill brought wisdom and integrity to her role on the board. I’m fortunate to count them both as valued colleagues and friends, and it is fitting that Duke recognize their leadership and service with the University Medal.”

Founders’ Weekend celebrates the founding of the university and provides an opportunity each year for the Duke community to reflect on the school’s history and recognize the leadership, contributions and impact of students, faculty, administrators, staff, trustees and alumni over the years.

A complete list of previous recipients of the University Medal is here: 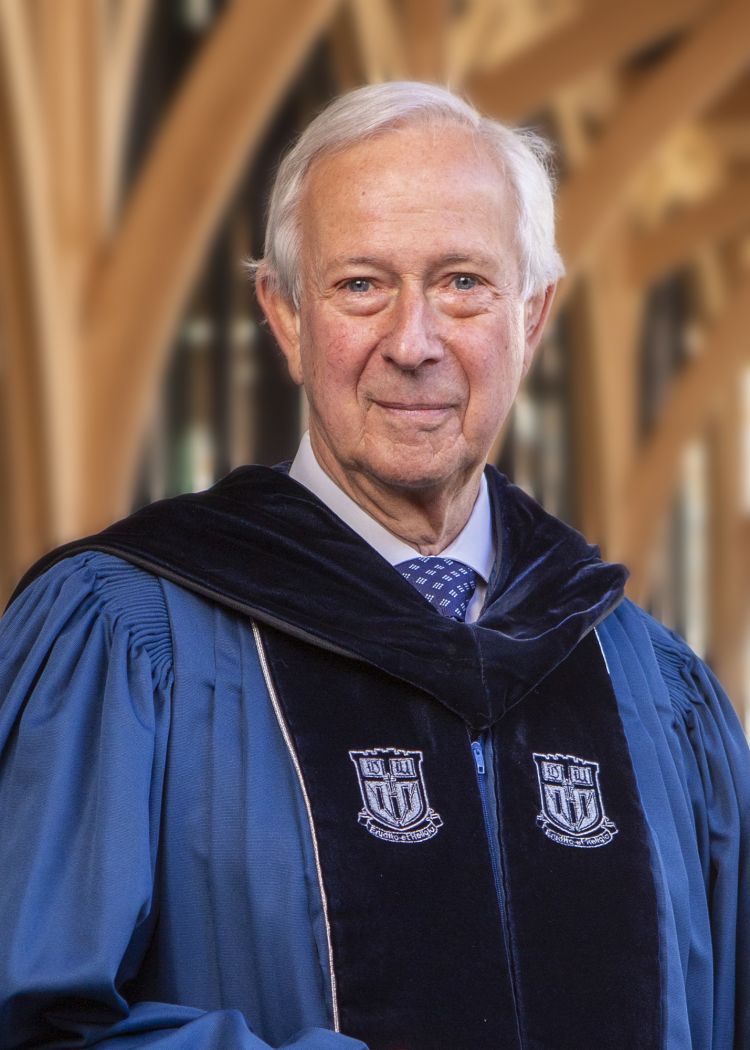 Richard H. Brodhead served as president of Duke University and the William Preston Few Professor of English from 2004 to 2017. As president, Brodhead strengthened undergraduate education, launched signature programs such as DukeEngage, and underscored Duke’s commitment to access and opportunity. Under his leadership, Duke established international programs including the Duke Global Health Institute and Duke Kunshan University. Duke completed major renovations on campus, including the transformation of Baldwin Auditorium and the historic West Union building, now called the Brodhead Center for Campus Life. Under Brodhead’s leadership, Duke also played a crucial role in the revitalization of downtown Durham.

Brodhead came to Duke from Yale University, where he had earned his B.A. and Ph.D., and where he had been a member of the faculty for 32 years, serving as the A. Bartlett Giamatti Professor of English and American Studies and dean of Yale College. A scholar of 19th-century American literature and culture, he has written and edited more than a dozen books on Nathaniel Hawthorne, Herman Melville, Charles W. Chestnutt, William Faulkner, Harriet Beecher Stowe, Louisa May Alcott, Richard Wright and Eudora Welty, among others.

Elected to the American Academy of Arts and Sciences in 2004, he was co-chair of the Academy’s Commission on the Humanities and Social Sciences and co-authored its 2013 report, “The Heart of the Matter.” Brodhead became a compelling national spokesperson for the value of the humanities.

Brodhead’s writings about higher education are collected in two books, The Good of this Place (2004) and Speaking of Duke (2017). Brodhead served as a trustee of the Carnegie Corporation and received its Academic Leadership Award in 2013. He has been a trustee of the Andrew W. Mellon Foundation since 2013 and is the recipient of five honorary degrees. 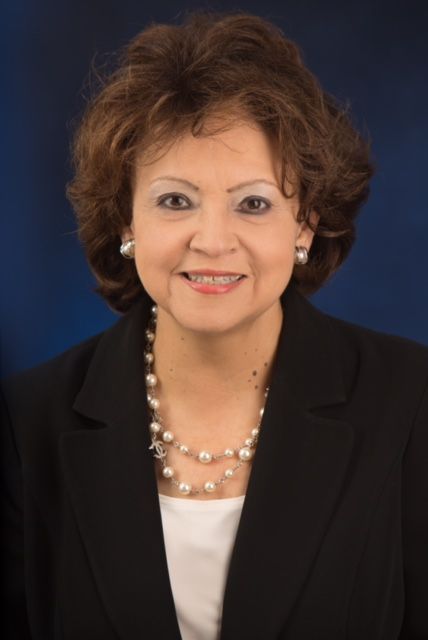 A graduate of Wellesley College, Janet Hill joined the Duke community when then-Head Coach Mike Krzyzewski recruited her son Grant to play basketball at Duke. Grant Hill became a two-time All-American and led Duke to back-to-back national championships in 1991 and 1992. Janet and her husband, Calvin Hill, a former football star at Yale and former NFL running back, became a familiar sight in Cameron Indoor Stadium as they cheered on their son — and deepened their own connection to Duke.

Janet Hill was a member of the Duke University Board of Trustees from 2006 to 2021, during which time she served on the Governance, Human Resources, Institutional Advancement, and Undergraduate Education Committees, as well as the Strategic Task Forces on the Future of Central Campus and Duke’s Centennial Celebration. She chaired the Committee on Honorary Degrees for five years and served on the presidential search committee that recommended Vincent E. Price as Duke’s tenth president. Janet helped to lead Duke Proceed, an initiative that led to the formation of Duke Black Alumni, and played an active role in its efforts to provide meaningful engagement and connection for Duke’s Black alumni community. Previously, Janet and Calvin Hill chaired the Duke Parents Committee, and Janet served on the Board of Visitors of the Fuqua School of Business.

A principal with Hill Family Advisors in Fairfax, Virginia, Janet Hill was previously the owner and vice president of Alexander & Associates, Inc., a corporate consulting firm providing corporate planning, advice, and analyses to directors, executives, and managers. Earlier, she was special assistant to the Secretary of the Army and a research mathematician for a consulting firm.

In addition to her undergraduate degree from Wellesley, Hill earned a master of arts in mathematics from the University of Chicago.

Hill has served on the boards of companies including the Carlyle Group Inc.; Esquire Bank; Sprint, Inc.; Houghton Mifflin Company; Dean Foods, Inc.; The Wendy’s Company; and Progressive Insurance. She was inducted into the National Association of Corporate Directors’ Hall of Fame and the Washington Business Hall of Fame.

Appointed by President Obama to the board of trustees of The John F. Kennedy Center for the Performing Arts, Hill also served on the Knight Commission on Intercollegiate Athletics from 2007 to 2017. She is the former chair of the Women’s Campaign Fund, a bipartisan national PAC.

Unique Perks As a Duke Employee

From the Chapel to the Libraries, staff and faculty value non-traditional benefits