East Campus was overcast and mild Saturday morning, but the mood for first-year student move-in was a colorful carnival.

As the 1,740 members of the class of 2026 began to arrive, every vehicle was surrounded by a whooping crowd of sophomores who yelled out room numbers as they quickly dragged out the boxes, crates and bags and hurtled off to deliver them.

A maroon Toyota Sienna that drove 11 hours from Chappaqua, N.Y., was the first vehicle to pull up outside Pegram Residence Hall right around 8 a.m. Saturday.

“I’m excited for him, but it’s bittersweet,” said Lisa Catz as her son Spencer strode into the dorm that will be his home for the next year. “We’re empty-nesters now.”

“This is not sweat, it’s rain,” Bennett said (it was, to be fair, drizzling at the time). 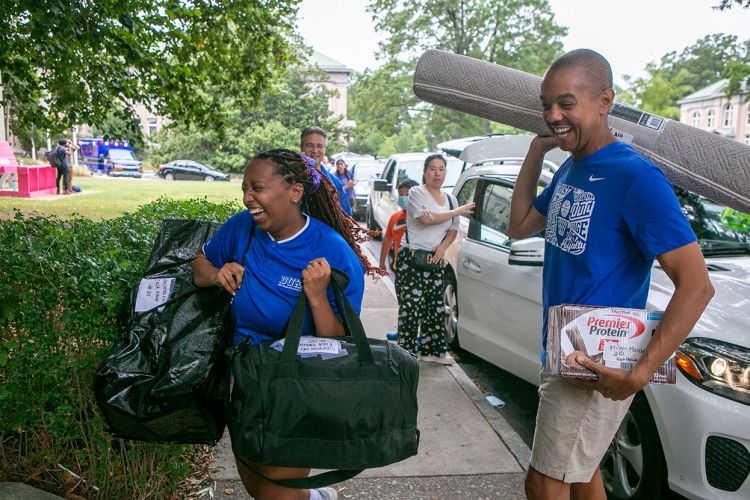 In addition to the traditional convocation and class photo elements of orientation, the new students will take on experiential orientation programs across campus and beyond that are designed to educate, establish rapport and engage them with the broader community.

One boisterous group of sophomores helping their first-year counterparts move in said they were paying forward the welcome shown to them a year ago. 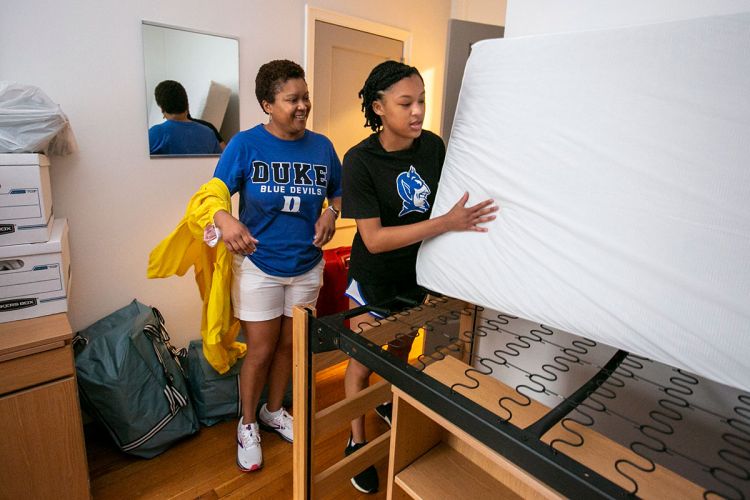 “They did it for us,” said Serafina Carlucci. “It’s such a special time,” added Elizabeth Kim. “Duke does it differently,” said Luca Tjossem.

As for the first-years themselves, Price had this advice: “Remember to get some sleep. Take care of yourselves. Enjoy your time at Duke.” 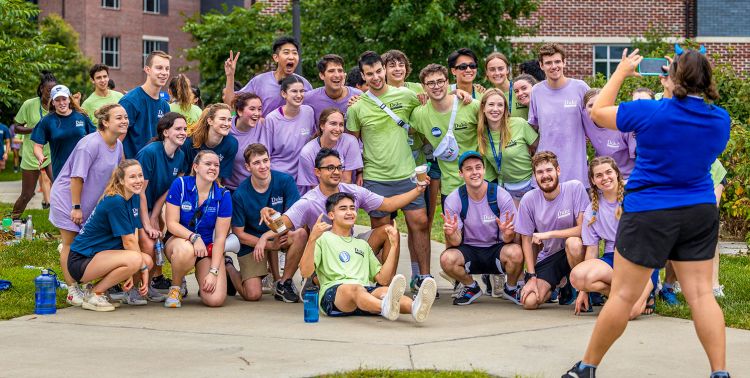