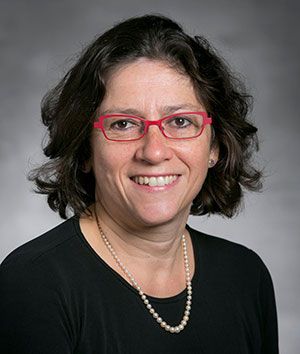 While the war in Ukraine disrupts lives immediately and violently, damage is also happening to the soil, air and water that make up the places Ukrainians call home.

These effects can be difficult to quantify while the war is ongoing, and some of the alterations can be long-lasting, says Erika Weinthal, professor of environmental and public policy in Duke’s Nicholas School of the Environment.

Weinthal’s research examines global environmental politics, including conflict and peacebuilding. She wrote a book on shared water resources following the collapse of the Soviet Union, “State Making and Environmental Cooperation: Linking Domestic Politics and International Politics in Central Asia,” and she recently appeared on WBUR’s Here & Now to discuss the environmental toll of the Russia invasion into Ukraine.

Here, Weinthal answers questions about the ecological harm caused by the ongoing war.

Q: What are some of the main environmental consequences of war, in general? How are these damages playing out in Ukraine?

WEINTHAL: The environmental impacts of war are multifaceted, ranging from how militaries prepare for war to the destruction of the natural environment and critical infrastructure.

Militaries are the largest consumers of fossil fuels and thus have a large carbon footprint. They also rely upon complex supply chains in their procurement of armaments and operations.

More broadly, armed groups exploit natural resources during war to help fuel the costs of war. These resources are often referred to as conflict minerals, including diamonds, oil, and gas, as well as timber. And then there is the targeting of infrastructure and the natural environment during war, which has included destroying oil installations, water delivery systems, agricultural and forest land, as well as the contamination of rivers, soil and wetlands, among other areas.

Ukraine is heavily industrialized, and the attacks on chemical plants could release pollution to the air and ground.

Regarding Ukraine, the damages are expected to be extensive owing to the use of explosive weapons with wide-area effects in large, populated areas. To date, significant numbers of the population are already without basic services – access to water, energy and health care.

Because Ukraine is highly industrialized and urban, and civilians have been displaced and buildings reduced to rubble.

Already since 2014, residents in eastern Ukraine had been experiencing disruptions to their water supply, which puts them at risk of water-borne illnesses.  There will be a need to test for contamination from oil spills, as well as contamination of the soils and water.

What is unprecedented regarding Ukraine is the risk to nuclear facilities and to global food supply chains. Russia has blocked Ukraine from exporting its wheat to global food markets via the Black Sea ports. We still do not know the full fallout of having Russian troops disrupt the soils near the defunct Chornobyl (or Chernobyl) power plant.

Q: Could you explain some of the main ecological features of Ukraine, for those of us who aren’t familiar with the country’s geography?

Ukraine is also the second largest country in Europe, after Russia. The southern border of Ukraine includes two important seas – the Black Sea and Sea of Azov – which have critical port cities. Several major rivers flow through Ukraine, including the Dnieper and Dniester rivers.

Q: What do we know about what’s happening near the Chernobyl nuclear plant?

WEINTHAL: In 1986, a devastating accident took place at the Chornobyl nuclear power plant. While the plant is no longer generating power, there are still fuel rods stored at the plant that are submerged in cooling water.

Early in the war there were concerns about another potential disaster at Chornobyl when Russia troops captured the Chornobyl facility and disconnected the plant from Ukraine’s power grid. Other concerns arose when Russian troops dug trenches in the red soil in the exclusionary zone surrounding Chornobyl and stirring up radioactive dust.

At present, however, the Russian military has pulled out of the Chornobyl plant and its exclusionary zone.

What remains unknown, too, are the disruptions to the wildlife that have come to inhabit the Chornobyl region in the decades following the original tragic accident.

Q: How do you measure the environmental damage happening right now?

EW: Without being able to be on the ground collecting water and soil samples, for example, it is difficult to measure the full extent of the environmental damage taking place.

That said, there are many different organizations right now documenting the environmental damage that is taking place that will provide a roadmap for a full environmental assessment when the war ends.

These include the Ukraine’s Ministry of Environment, which has been tracking attacks on industrial sites, forest fires, water pollution and risks to Ukraine’s nuclear power plants. Other Ukrainian and international non-governmental organizations have been using satellite imagery and geospatial tools to track attacks on civilian infrastructure and the environment.

Q: How will this affect citizens of Ukraine?

WEINTHAL: The effects of destroying the environment in war will have an array of effects on Ukrainian citizens.

In the short-term, we are talking about a lack of access to clean water, proper sanitation, energy and medical care. If agricultural land is decimated, we are also talking about economic costs to livelihoods in the short- and medium-term as well as food insecurity.

A lack of clean water coupled with a lack of medical facilities may lead to the spread of infectious and water-borne diseases.

War also disrupts vaccination campaigns, which are even more necessary during a global pandemic.

Airstrikes on fuel facilities cause air pollution that can affect more vulnerable populations such as children and the elderly.

War also prevents students from continuing their studies, and it will be clear that Ukraine will need more environmental scientists and policy experts to repair the environmental damage.

Q: How long does the damage last? And how can it be fixed?

WEINTHAL: Damage can last decades. What many forget is that Ukraine and Russia have been at war since 2014, and the population in eastern Ukraine has been without water intermittently since then.

Much will depend on how the war ends and the commitment of the international community to help Ukraine rebuild. This will require carrying out a comprehensive environmental assessment at war’s end to understand the damage to the natural environment, notably water and soil quality, but also waste management and contamination from the destruction of industrial sites.

More so, rebuilding may offer an opportunity for not only Ukraine, but Europe more broadly, to wean themselves off fossil fuels and decarbonize their economies.