If there was ever any doubt, Sheryl Sandberg can command a conference room.

“Nothing can make me feel better than walking into a room of women in tech,” said Sandberg, chief operating officer at Meta, as she shook hands with staff and greeted students in the Duke Technology Scholars Program (DTech) at Wilkinson Hall on Friday, June 10.

During the question-and-answer session hosted by DTech, Sandberg gave a perspective you might expect from the double-Harvard graduate overseeing Meta’s business operations, book author and billionaire frequently in the news: “Go code.” “I want space for women to be unapologetically ambitious.” “Technology is clearly the future.”

And some advice you might not expect. One student asked the tech leader to describe a time when she felt least powerful.

Sandberg pointed to Russian interference in the 2016 American presidential election. The proper checks weren’t in place for misinformation on Facebook, Sandberg said, but that incident forced the company to learn how to build up defenses.

“There are moments where you feel powerless, and I think you just have to do the right thing,” Sandberg said. “And to walk into work every day and say, ‘It doesn't matter if no one notices.’” 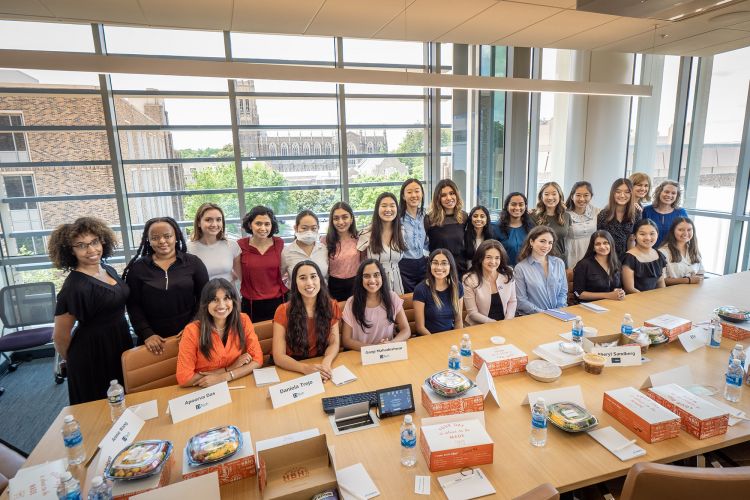 Another student asked about the notion that women are in direct competition with one another in the workplace. Sandberg said she noticed it clearly while she was writing about her early days at Google, where she eventually became vice president of global online sales and operations.

“I thought that a bunch of the senior women were mean, just mean. They weren’t helpful,” Sandberg said. “But then I realized, they actually weren’t mean. They were the same as the men. We just expected more of them.”

Women not only face “old expectations,” Sandberg said, but also higher expectations, and that’s important to recognize and correct.

After the event, Angel Mcharo, a rising senior majoring in computer science and earning a certificate in innovation and entrepreneurship, said she was most surprised about how Sandberg would answer questions with a mix of personal and professional experiences.

“She will not shy away from answering through personal stories. Often when I'm at work, I leave my personal stories and I have never discussed any of my losses,” Mcharo said. “I didn’t know you could do that with strangers.” 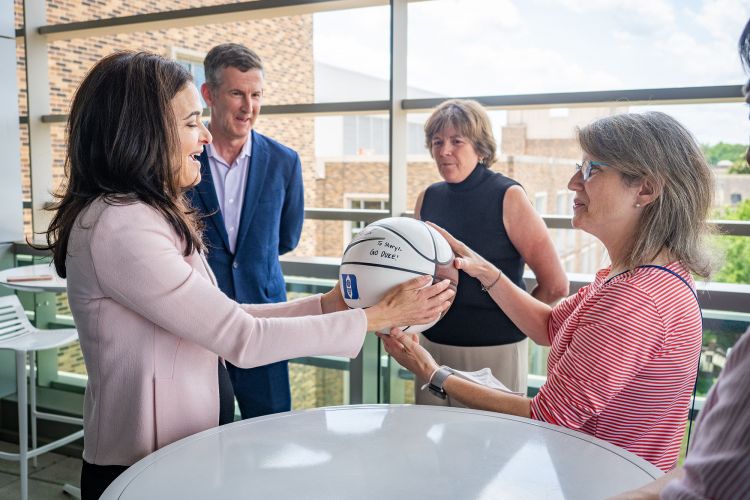 Mentorship for Women in Tech

The DTech program, an effort to inspire diverse undergraduates to choose careers in engineering and computer science, is connected to Meta by more than just a single event. A total of 44 current and former DTech Scholars are currently working at Meta.

“Our program empowers the next generation of diverse leaders in tech by helping students and recent graduates gain inspiration, hands-on experience and a powerful community,” said Amy Arnold, executive director of DTech. “Today's event is a great example, as Sheryl Sandberg has inspired many women to see themselves at a boardroom table.”

Rising sophomore Esha Kapoor joined DTech after friends suggested the program to her.

“I really love the mentorship and all the support and the wonderful women in the program,” said Kapoor, who is studying computer science with a minor in finance. 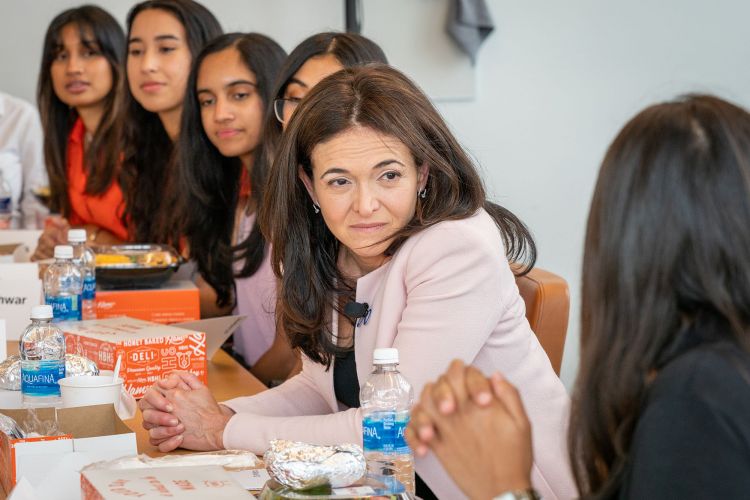 Now that Sandberg has announced she’s leaving Meta after 14 years at the company, what’s next? There are some hints. The Lean In initiative is growing rapidly as a mentorship space for women, for one.

“So, for me right now, I’m at a different chapter of my life, and I’m just wanting more time,” Sandberg said. “And more time is not possible at this job. It’s not going to get to a place where I can do more with my foundation.”

“I think you leave when you’re ready to do the next thing,” she said. “And when the next thing can’t be done at the place you are.”