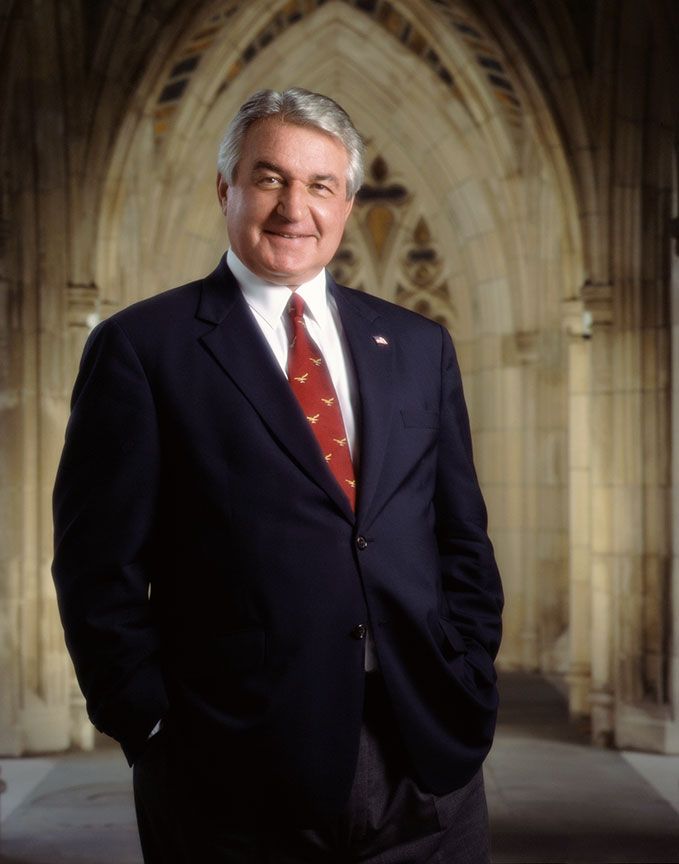 Peter M. Nicholas, a Duke alumnus whose volunteer leadership across more than three decades on the Board of Trustees, fundraising campaigns and school advisory boards was invaluable in advancing Duke’s teaching and research mission, died May 14 at his home in Boca Grande, FL. He was 80.

The co-founder and chairman emeritus of the board of Boston Scientific Corporation, Nicholas led for two decades one of the country’s largest producers of scientific and medical equipment. Both he and his wife Ginny were members of the Duke Class of 1964, and the two maintained close ties to the university over the years.

The Nicholas family provided major philanthropic support to Duke, including the naming gift for the Nicholas School of the Environment and the Nicholas Institute for Environmental Policy Solutions, as well as a $25 million gift to create the Nicholas Faculty Leadership Initiative, which matches gifts to the university for support of its faculty.

“Annette and I are deeply saddened by the news of Pete Nicholas’s passing,” said Duke University President Vincent Price. “From his time as a student to his service on the Board to his visionary support for the Nicholas School of the Environment and so many other initiatives, Pete has forever transformed Duke for the better.

“Perhaps his greatest legacy rests in the many lives he touched along the way—students he mentored, faculty he supported, and colleagues he advised and inspired. It was my great honor last fall to award Pete the University Medal—Duke’s highest honor—a fitting recognition for one of our most distinguished alumni and committed supporters. Our thoughts are with Ginny and his family.”

“As board chair, Pete Nicholas had a vision for the ways Duke could contribute to the world,” said Laurene Sperling, chair of the Board of Trustees. “His generous and transformational commitment to the Nicholas School of the Environment has made Duke a leader in environmental research, teaching, and policy. Our hearts go out to the Nicholas family as we remember Pete’s special place in the Duke family.”

University leaders said Nicholas’ work and gifts were instrumental in strengthening the university in critical areas where Duke could make valuable contributions to society.  Brian Murray, director of the Nicholas Institute for Environmental Policy Solutions, said Nicholas wanted the institute to “leverage Duke’s expertise and convening power to achieve remarkable impacts at the local, national and global levels.”

“Pete understood Duke University’s potential to accelerate environmental progress, and he was relentlessly committed to realizing it,” Murray said.  “We will miss his guidance, even as we continue striving to fulfill his vision.”

Nicholas served the university in a variety of roles. In addition to his service on the Board of Trustees, he and his wife Ginny also served as the co-chairs for the steering committee of the Campaign for Duke, which raised more than $2 billion for the university between 1998 and 2002. 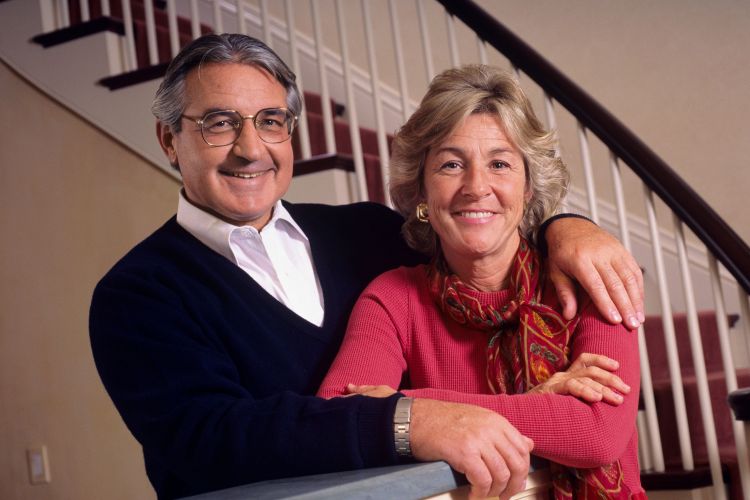 In addition, he served a term as chair of the Trinity Board of Visitors at Duke, and he was an Annual Fund class agent and reunion chair.

Among the many honors he received at Duke, he was awarded the University Medal – Duke’s highest honor for service – in 2021 and, along with Ginny, the Distinguished Alumni Award in 2007.

Outside of his contributions to Duke, Nicholas was a fellow of the American Academy of Arts and Sciences and served as vice chair of its Academy Trust. He was chairman of the Board of the Massachusetts High Technology Council from 2013 to 2015. He received the Joseph Wharton Lifetime Achievement Award from the Wharton School at the University of Pennsylvania in 2019, and the Ellis Island Medal of Honor.

In addition to his undergraduate degree from Duke, Nicholas received an MBA from the Wharton School of Business at the University of Pennsylvania.

“The Nicholases' three children -- Katherine, Peter and J.K. – and granddaughter Katherine all earned degrees from Duke. Another granddaughter, Anna, is a current Duke student.