DURHAM, N.C. – A new measurement of a tiny subatomic particle doesn’t line up with our current best model of the inner workings of the universe, and Duke physicist Ashutosh Kotwal is excited.

Over the last two decades, Kotwal has been leading an effort at the Fermi National Accelerator Laboratory in Illinois to pinpoint the mass of something called the W boson. It’s the force-carrying particle that allows stars to burn and new elements to form, so it’s pretty important.

Mining nine years of data from what was once the world’s most powerful particle accelerator, a giant machine designed to study the most minute building blocks of nature, his team -- known as CDF -- has just released the most exacting measurement yet, and it is not what researchers expected. 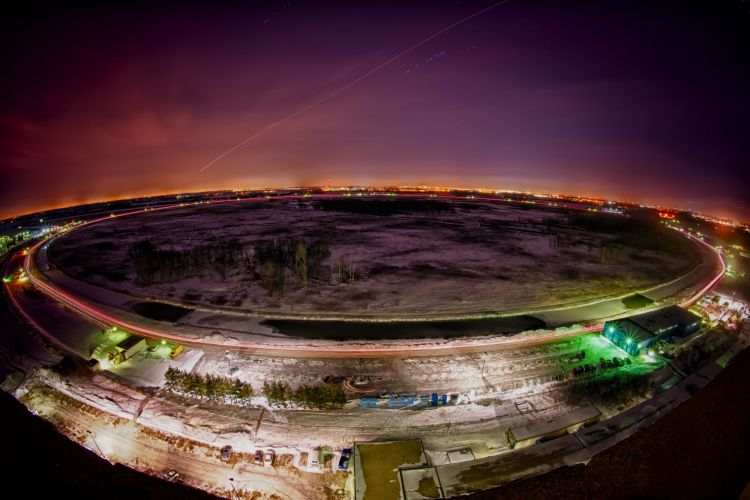 The first realization that something interesting was afoot came in November 2020, when 22 of the CDF collaboration’s 400 scientists gathered on a Zoom call to unveil the latest result: an analysis of some 4.2 million W bosons recorded by one of the accelerator’s 5,000-ton detectors.

For 10 years Kotwal and his team had deliberately used encryption to hide the value of the W boson mass, ‘blinding’ the data so they wouldn’t know the answer while they developed techniques to maximize the precision of the measurement.

This unveiling was the very last step -- the moment when they were to decrypt the data and calculate the final answer.

What finally popped up on Kotwal’s screen came as a shock.

Science measures subatomic particle masses in energy units of electron volts, or eV. According to theory, the W boson ought to have a mass very close to 80,357 million eV. It’s a relative heavyweight as fundamental particles go, even beefier than an iron atom. But Kotwal and his CDF team had narrowed down the W boson’s mass to something 77 million eV heftier.

The team had worked hard to hone in on the answer to within a hundredth of a percent -- twice as precise as the previous best measurement. The odds of the outcome being a statistical fluke are less than one in a billion.

Since that meeting, it’s been “months of sort of settling in to the realization that this is a discovery of quite a lot of importance,” Kotwal said. “This is a new result that is inconsistent with the theory.”

To the uninitiated, measuring the mass of one tiny particle may not seem like a big deal. But the work is more than a perfectionist obsession with the ultra-precise. It is a stress test for something called the Standard Model of particle physics: a set of equations, first developed in the 1970s, describing the basic building blocks and forces from which all of nature springs.

The Standard Model is one of the most well-tested and successful theories in all of science. But there are some natural phenomena -- such as dark matter, which makes up 84% of the matter in the universe -- that the theory doesn’t account for.

That’s where the W boson comes in, Kotwal said. He is hoping that precise measurements of particles such as the W boson will point the way to other particles and forces beyond the Standard Model still waiting to be discovered, and offer clues to questions the theory hasn’t been able to answer.

Researchers have been trying to zero in on the mass of the W boson ever since its discovery in 1983. But it proved to be a tricky measurement to precisely pin down, in part because of how the boson decays.

We can’t see W bosons in everyday life. But scientists working at Fermilab’s Tevatron accelerator were able to create them by sending beams of protons and their antimatter counterparts, antiprotons, hurtling in opposite directions around the Tevatron’s 4-mile racetrack at nearly the speed of light, then smashing them together. 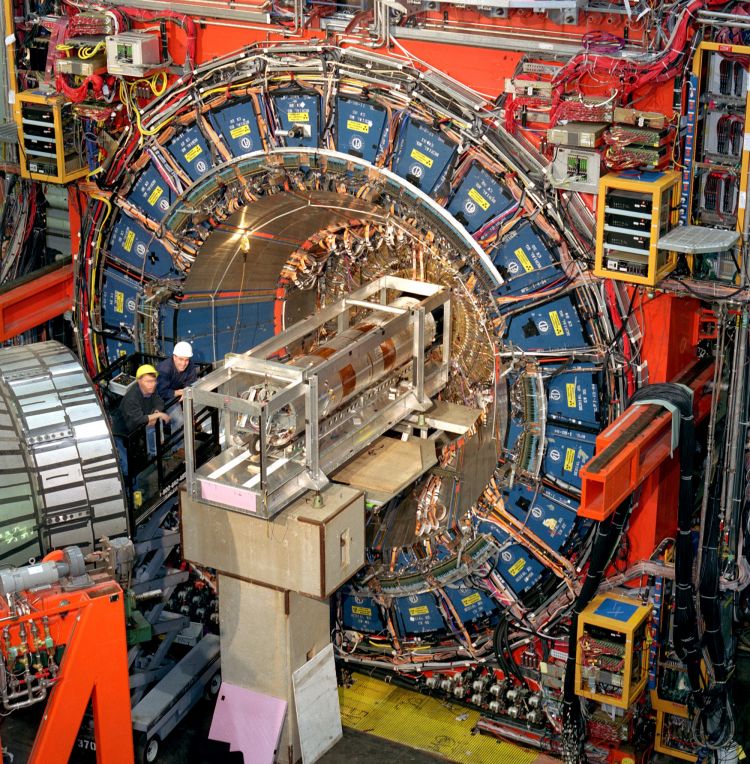 Once created by these high-energy collisions, a W boson lives for less than a trillionth of a trillionth of a second before it blows apart. But by taking ‘snapshots’ of the debris that flies out, scientists can infer the mass of the original particle. That’s what the CDF team did, using techniques Kotwal and colleagues developed to comb through some 450 trillion head-on collisions recorded at the Tevatron.

The W boson is so important that, in 1984, its discoverers Carlo Rubbia and Simon van der Meer were awarded the Nobel Prize.

Kotwal didn’t start out hoping to study the tiniest components of the universe. In the early 1980s, he was an undergraduate studying finance and engineering at the University of Pennsylvania. Instead of heading to Wall Street or Silicon Valley, a mentor convinced him to make a switch to fundamental physics.

“People ask me, ‘what's the application of any of this? How does it improve our lives?’” Kotwal said.

“Curiosity-driven research is a part of humanity,” Kotwal said. “We’re in it to find the answers to nature's questions. Its exciting, like a treasure hunt.”

The next step is to figure out what might be tipping the scales to influence the W boson’s mass. Physics theorists have proposed extensions of the Standard Model that could explain the particle’s extra heft, but they remain unproven for lack of evidence, Kotwal said.

“This measurement points towards exciting new discoveries in particle physics for years to come,” Kotwal said.

“Something new is around the corner. The quest just got hot.”

BIO: Over the last 27 years, Kotwal has published five world-leading measurements of the W boson mass. He is a Fellow of the American Physical Society and the American Association for the Advancement of Science. He is the recipient of the Alfred P. Sloan Foundation Fellowship and the Outstanding Junior Investigator Award from the Department of Energy. He received the Dean's Leadership Award from Duke University and was elected Fellow of the Maharashtra Academy of Sciences, India.

Upcoming Workshop: Become an Expert at Sharing Your Expertise