What he does at Duke: Hidden in everything from credit card numbers to the long sequences of digits that undergird computing and communication systems, there are algorithms that ensure the information these numbers convey isn’t derailed by small numeric imperfections, quirks or, what electrical engineers deem “noise.” Called “error-correcting codes,” these mathematical safeguards play a quiet-but-crucial role in the digital age. And having systems that can decode error-correcting codes quickly allows information to be transmitted instantly. 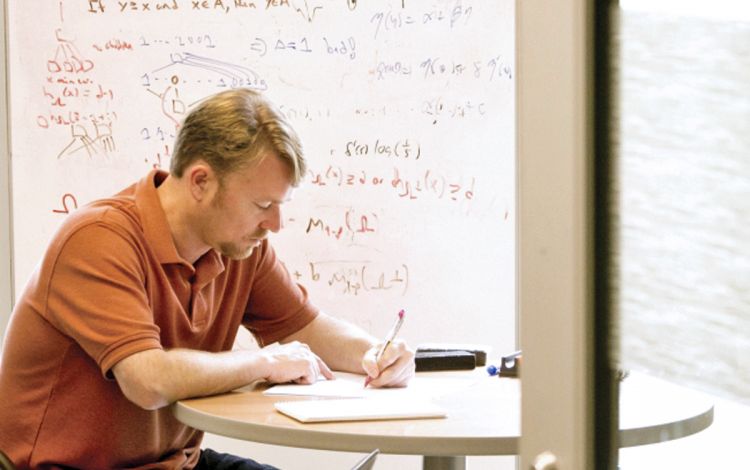 In addition to teaching senior-level design courses, Professor Henry Pfister has spent years working with colleague Galen Reeves, a professor of electrical and computer engineering and statistical science, to prove that Reed-Muller codes can achieve the fundamental limit of reliable communication. These particular “error-correcting codes” have also played a significant role in wireless communications. The mathematical proof that Pfister and Reeves developed, tested and published last fall, shows how much error-free information can be transmitted using these codes, potentially unlocking breakthroughs in the efficiency of communications systems.

“We saw a possible path, but in working out the details along the way, you can get stuck for a while, and it isn’t clear if it’s going to work out,” Pfister said. “And then sometimes you keep at it and it does.”

What he loves about Duke: Pfister appreciates the spirit of academic collaboration among Duke’s faculty. He often interacts with fellow faculty members who have appointments in areas such as computer science, statistics and math, which helps provide fresh perspectives on subjects he studies. And Pfister said that vibe extends beyond work.

“People here are very friendly,” Pfister said. “There’s a nice social atmosphere, and they’ve made spaces on campus where people can hang out and talk. It’s very collegial.”

Best advice received: Pfister said he’s often heard people say that if you find something you love to do, you should try to pursue it. But he’d add his own twist on that oft-repeated advice, saying that the ability to remain flexible while following your passions can often lead to unexpected, and fruitful opportunities.

“There’s a lot of time and flexibility in your life to do new things and do different things,” Pfister said. “So keep an eye out for what excites you.” 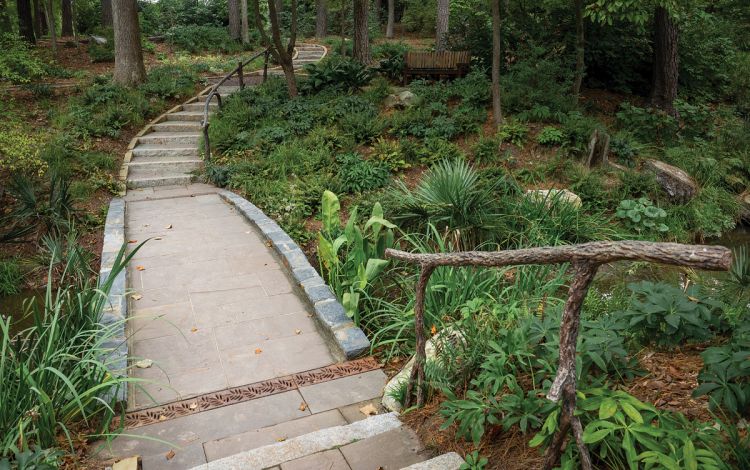 Something he values in his workplace: Pfister’s office in Gross Hall has a whiteboard and photos of family members. But perhaps the most cherished element is a short walk away. Pfister said about once a month he’ll find himself stuck on a problem, so he ventures out to the Sarah P. Duke Gardens, where he can walk the trails or sit in some of the quiet spots and let his mind untangle a solution.

“Obviously, you can walk on the main paths, but you can also go off the beaten track and find benches and other spaces they’ve set up for people,” Pfister said.

Something most people don’t know about him: On January 25, 1987, Pfister got to be at the center of the sports world. At halftime of Super Bowl XXI, Pfister was one of hundreds of volunteer performers who got to be part of the halftime show.

“I was dressed as a cowboy and I had a wooden horse, I think we did a little dance,” Pfister said.

Entitled “The World of Make Believe,” the show was meant to be a salute to the 100th anniversary of Hollywood. It featured Hollywood legends George Burns and Mickey Rooney, Disney characters as well as marching bands from Grambling State University, the University of Southern California and high schools from around the Los Angeles area.

“At things like this, you have a few people who are paid and who know what they’re doing, and then a whole bunch of people doing the same dance moves by the hundreds,” Pfister said. “I was in that group. We just had to show up for a couple of weekends and learn our dance moves. Aside from that, they were just looking for people who could march in and follow directions.” 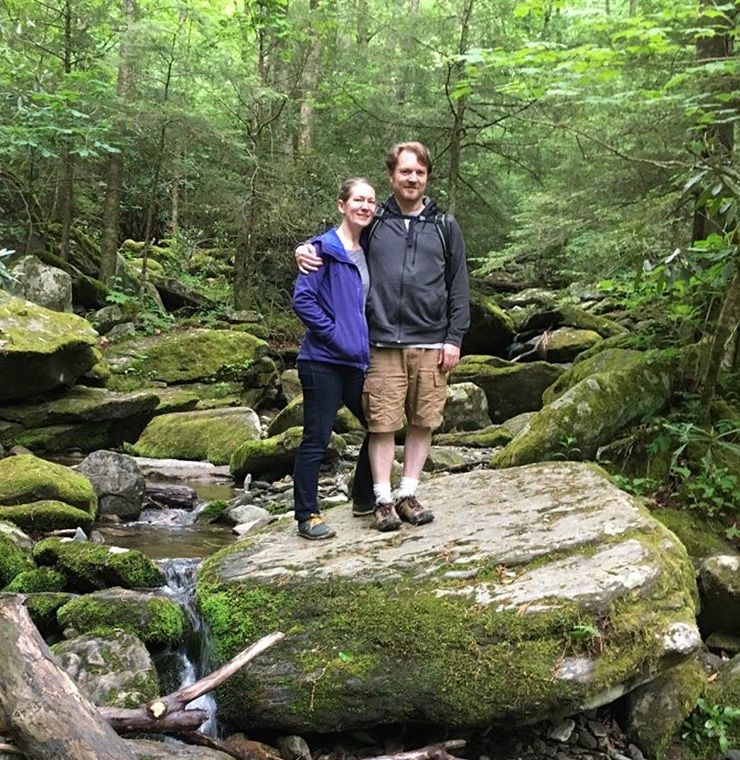 When he’s not working, he likes to: You can often find Pfister exploring the outdoors near his Durham home. Hiking trails in Eno River State Park has become a favorite pastime in recent years, often walking with his wife, his 12-year-old daughter or friends and colleagues from campus. For a native of Los Angeles, the proximity to nature is something Pfister cherishes.

“To be able to drive 10 minutes and be by a river and among trees, I really appreciate that,” Pfister said.

Lesson learned during the pandemic: When the pandemic forced him to stay home more and limit his social interactions, Pfister said it helped him gain a new respect for simple pleasures, such as walking outdoors or conversations with friends. He said that giving himself the time to savor such moments has helped him stay present and be grateful for what each day brings.

“I think it forced a lot of people to slow down,” Pfister said. “And by enjoying the process of slowing down, it made them reevaluate things. It made them appreciate simpler things.”