Before she became Duke Health’s associate vice president for Community Health in October of 2021, Debra Clark Jones was blazing her own path for decades.

Starting a career with IBM, she formed her own company in 1990, and over the years, she took on roles with other corporations and in North Carolina’s state government, solving problems and helping tech companies, non-profits and universities work better. 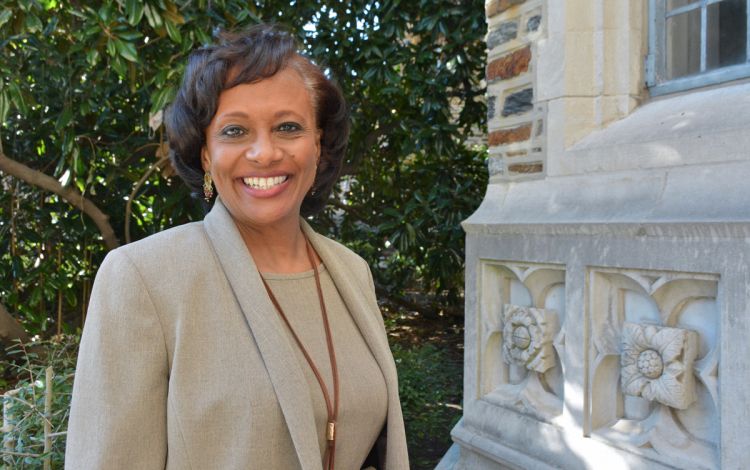 When asked how she developed her ability to step forward and lead, she’s quick to say it’s a quality she didn’t build on her own, that many women helped guide her.

“I’m just a product of my environment, shaped by my interactions with others,” said Jones, who helps Duke forge partnerships with its neighbors to improve community health. “I’ve been very blessed.”

March is Women’s History Month, a time to highlight women who contributed to societal change. After educators, historians and advocacy organizations highlighted the need in the 1970s for more attention to be paid to the role women played in American history, then-President Jimmy Carter proclaimed the week of March 8, 1980 as Women’s History Week, the forerunner of the celebration that became Women’s History Month in 1987.

“Too often, the women were unsung and sometimes their contributions went unnoticed,” Carter said in his statement in 1980, noting that men and women built the country together. “But the achievements, leadership, courage, strength, and love of the women who built America was as vital as that of the men whose names we know so well.”

Today, the women who affect the course of just one life by creating opportunity, giving sage guidance, or setting an inspiring example also deserve acknowledgement.

“A nurturing grandmother, or someone who says you can be whatever you want to be, can make an imprint on your life,” Jones said. 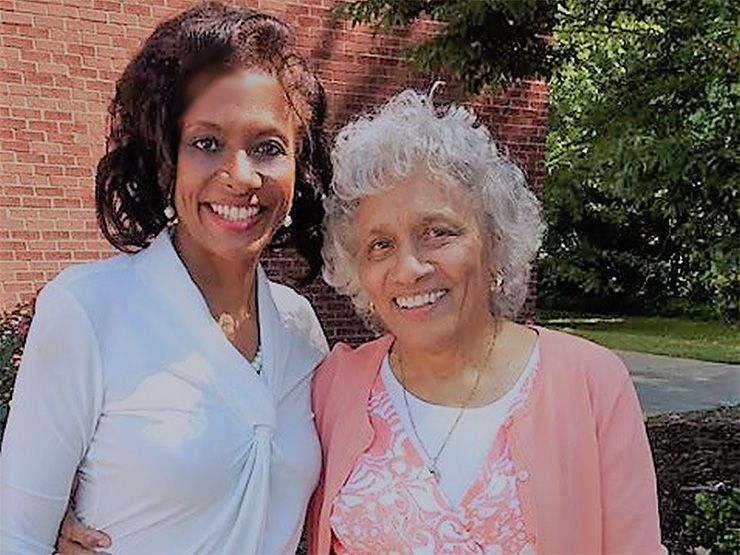 For Jones, inspiring figures include her mother, Irene Clark, a longtime biology professor at Saint Augustine’s University who showed her the value of a curious mind, a lifelong thirst to learn and the importance of advocacy. Jones also said the influence of Bennett College Professor Nellouise Watkins, who led the school’s math department and served as a mentor for Jones, encouraged her and guided her toward illuminating internships.

And when both of her parents were in graduate school, Jones spent a lot of time with her grandmother, Ruth Reynolds, who always told her she could do anything in life.

“They weren’t just empty words, she had me believe those words early on,” Jones said. “Her words and actions may have been simple, but they were constant and that really made a difference. I could feel what she saw in me.” 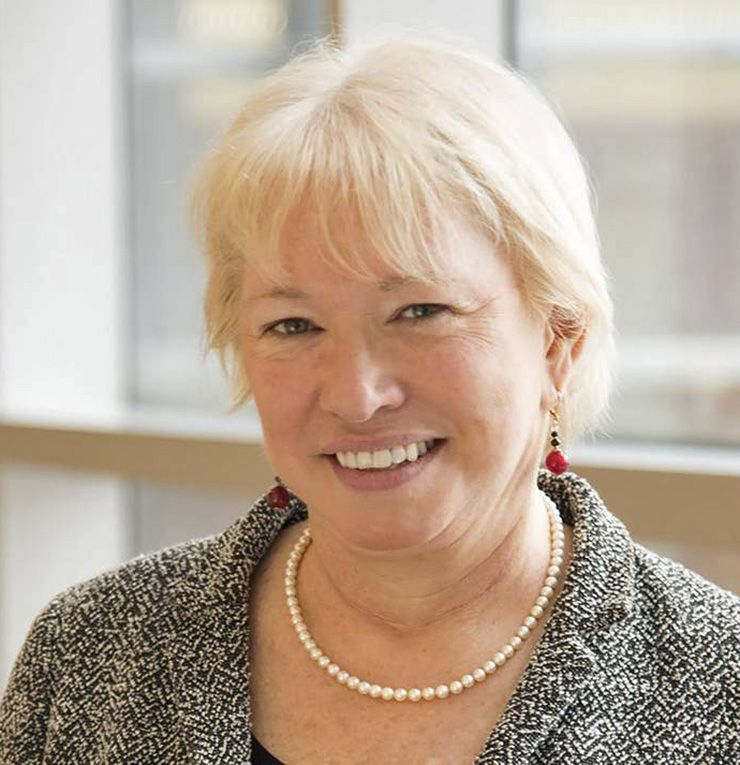 Vice President for Research and Innovation Jenny Lodge arrived at Duke in January, taking on the role of helping oversee Duke’s $1.2 billion research portfolio. But prior to that, she’d spent her career becoming one of the leading experts on the pathogenic fungus cryptococcus neoformans and, as vice chancellor for research, building the capabilities of Washington University in St. Louis.

Lodge credits several women with shaping her path in both large and small ways.

Earlier in her career, Lodge was on the faculty of Saint Louis University, where she worked alongside Patricia Hagen, who was the Vice Provost of Research. Lodge remembers Hagen combining a welcoming spirit with an unwavering passion for the mission of the institution, an approach Lodge tries to emulate in her work today.

“She was just very inspirational to me in terms of showing me how you could be dynamic and exciting and care about people and the institution and be a good leader,” Lodge said.

And later, around 1999, Victoria McGovern, a senior program officer with the Burroughs Wellcome Fund, suggested that Lodge put together a conference of researchers to discuss the possibility of working together to sequence the cryptococcus genome, a major step is learning how the fungus evolves and behaves.

Lodge did bring the experts together to discuss the project, which led to a $4 million grant and the eventual sequencing of the genome. Lodge, who was one of several researchers involved in the project, recalls McGovern’s vote of confidence in her helping her see what she could do in a leadership role.

“That’s when I sort of knew I would get a lot of satisfaction in working on something that was bigger than my own lab, something I that could benefit the entire field,” she said. 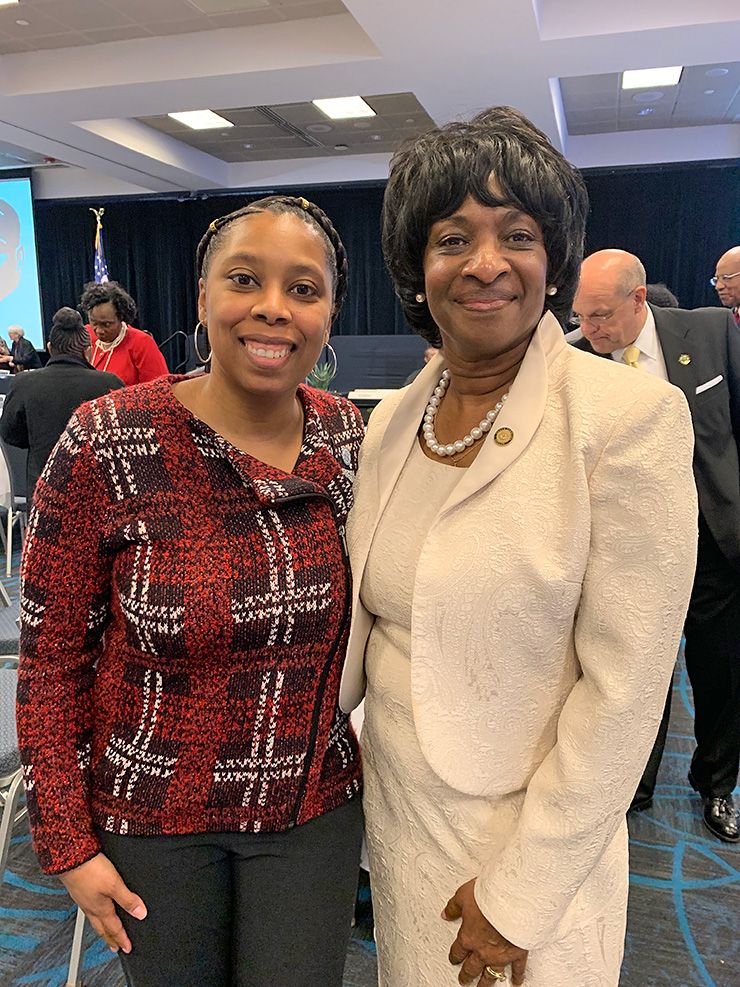 Since taking over as the director of the Mary Lou Williams Center for Black Culture in August 2021, Dawna Jones has helped it resume many of its pre-pandemic traditions, such as the Wednesday night jazz performances and the Black Convocation celebration. She's also made sure it continues to be an encouraging space for the campus community.

As someone who grew up receiving similar encouragement from family and teachers, Jones knows how important that is. And during her journey through academia, she has seen plenty of examples of people who brought that compassionate and encouraging spirit to what they do.

While in graduate school at the University of Pittsburgh, she recalls seeing then-Vice President for Student Affairs Kathy Humphrey stop what she was doing to talk with a student who appeared to be having a rough day. And in Jones’ previous role as an assistant dean of students at the University of North Carolina at Chapel Hill, she said Gloria Thomas, then-director of the UNC Women’s Center, became an enthusiastic supporter and mentor. Jones credits her for inspiring her to pursue her current role.

And as president of the Chapel Hill-Carrboro branch of the NAACP, Jones said she’s been inspired by North Carolina State Senator Valerie Foushee, who uses a strong sense of empathy and service to build the kind of respect that makes her an effective leader.

“She’s the kind of leader who takes the time to talk with you or help get you what you need,” Jones said. “She’s active in her sorority, she’s a deaconess in her church. Even if you don’t agree with her, there’s no one that doesn’t respect her. She is just a phenomenal leader.”

Do you have an inspiring woman in your life? Send your story and photographs through our story idea form or write working@duke.edu through March.