Some students will be heading to New Orleans for the game, while Cameron Indoor Stadium will host a viewing party for students who are on campus.

By midday Monday, the Duke Athletics Ticket Office was the most popular destination on campus, as hundreds of students queued up to enter a lottery for one of the 700 tickets to be released to students Tuesday.

The line snaked from the ticket office all the way to Krzyzewskiville and the parking lot adjacent to Towerview Road. Among those in line were undergraduate Dawei Gao and graduate student Max Miller. 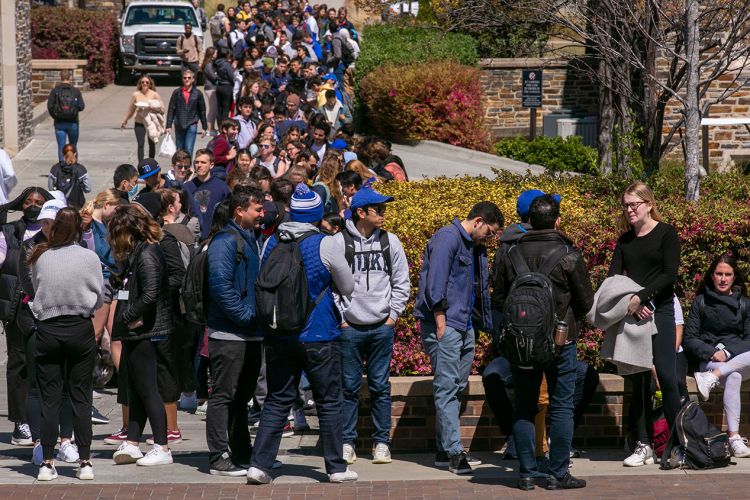 Miller said he’d drive himself to New Orleans if he wins the ticket lottery, though details beyond that are still hazy.

“I’ll worry about it when I get the ticket in my hand,” said Miller, adding that he has friends who live in the New Orleans area. “I’ll have to couch-surf, or I’ll sleep in my car.” 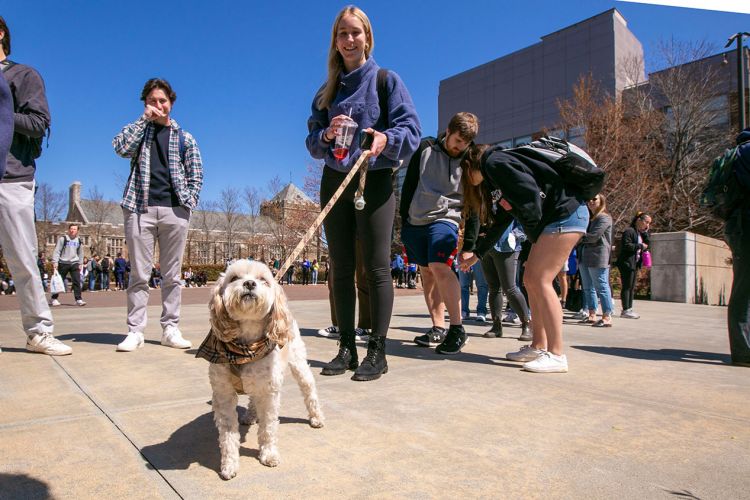 Send-off Celebration for the Team

Students and employees are invited to cheer the team as it departs for New Orleans at 5:30 p.m. Tuesday, at Morton Plaza near Krzyzewskiville. Cheerleaders and Duke Game Day music will be on hand. The team bus will depart for the airport at 6 p.m. This is just for students and employees only.

Tipoff for the first ever Duke-UNC matchup in the NCAA tournament is currently scheduled for 8:49 p.m. Saturday. A watch party will be held in Cameron Indoor Stadium for active students with a Duke ID only. The event will be closed to the public and to staff, except those who are working in Cameron.