On Feb. 23, one day before Russia began invading Ukraine, a Duke alumna prepared for an early morning flight from Italy to Ukraine to meet her elderly mother in the capital city, Kyiv.

Inna Dergunova, a 2002 graduate of Duke’s Master of International Development Policy Program, has lived in Italy for the past 13 years where she has worked with a European Union international development agency. Each year, she frequently travels to her hometown of Mariupol in southeastern Ukraine.

“I was going there four times a year to visit my mother,” Dergunova said. “The last time I was there was in January 2022. Despite me living in Italy, I have always had very strong connections with Ukraine. When the situation started to become tense, I wanted to go there and bring my mother back with me, but she didn’t have her biometric passport.”

Dergunova decided to take matters into her own hands. She purchased a plane ticket to Kyiv and arranged to meet her mother there, so that she could apply for a passport.

“I was supposed to fly there on the morning of Feb. 24, and of course, I couldn’t fly because the war started and all the flights were cancelled,” she said.

Many of Dergunova’s family members have been stuck in Mariupol since that day, including her mother. “It was already too dangerous to move around Ukraine on the first day, and people were advised to stay in their homes. My sister-in-law informed me that she was going to a nearby relative’s home with a basement. I asked her if she could pick up my mom, but it was too dangerous.”

Finding herself at an impasse, Dergunova reached out to a family friend who went to stay with her mother. Dergunova’s sister-in-law and her family stayed with their cousin’s family.

Life in the besieged city of Mariupol

According to Dergunova, living conditions in Mariupol have drastically deteriorated since the city was besieged by Russian troops. “During the initial period, I could still call my family and talk to them, but then on March 2, I learned that in the city there was no electricity, because Russian troops had bombarded an electrical station.”

“Since that time, they don’t have electricity, water, heating, internet connection and they don’t have cell phone coverage,” she added. “As of March 6, they also don’t have gas. And furthermore, it’s 0 degrees. People go out, set fire, and cook outside on the fire. They are also collecting snow, melting it, and boiling it to collect water.”

“Despite having the information provided by the American government, it’s incredible that Russia starts a large-scale war against Ukraine. Many of my friends had thought of Putin’s actions as only a game…they did not believe he would actually start a war.”

“People cannot go out because the city is encircled by Russian troops,” said Dergunova. “For several days, there were discussions to open humanitarian corridors, but it never worked, because Russian troops started to bombard where the buses were waiting to take people. They bombarded civil infrastructures such as the children’s hospital and state university as well as the theater, open market, and residential buildings throughout the city.”

According to Dergunova, “My mother said, I survived World War II, so I will survive this war as well. She is diabetic and has other health concerns. It is very painful for me to think about how she feels now. For someone to stay in an unheated apartment, I cannot even imagine how much she is suffering physically.”Messages from her mother have become more sporadic in recent days. “I cannot contact my family. I received a short SMS message from a relative that simply said okay.” 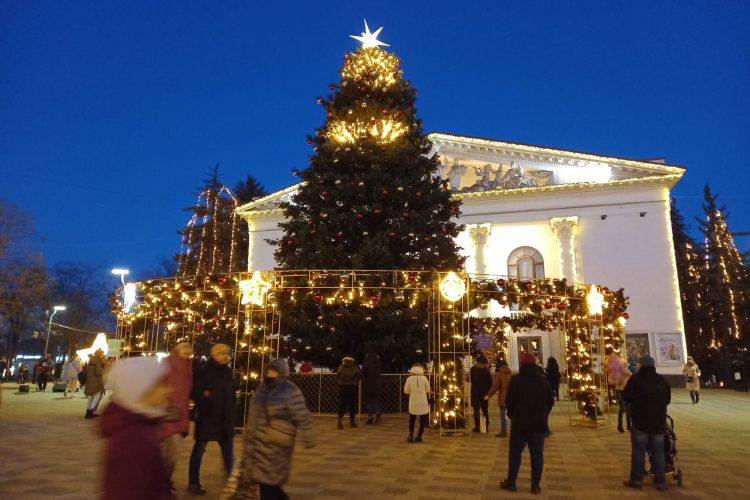 Located on the Sea of Azov, not far from the Russian border, Mariupol was one of the first cities hit by Russian forces when Russia began invading the country. The city already had been a place of periodic fighting between Ukrainians and Russians since 2014.

“Nobody believed that this large-scale war would start,” she said. “Despite having the information provided by the American government, it’s incredible that Russia starts a large-scale war against Ukraine. Many of my friends had thought of Putin’s actions as only a game…they did not believe he would actually start a war.”

Caught up in Diplomatic Turmoil

“Ukrainian people are defending the country heroically. A lot of people are in despair because Ukraine is left alone to fight the dictator, militarist regime of Putin.”

She is pessimistic about the possibility of a diplomatic resolution. “The international community should have anticipated that Putin would become even more aggressive. They should have adopted stronger sanctions in 2014, after the occupation of Crimea and parts of Donetsk and Luhansk regions. They adopted sanctions, but they were not sufficient.

“Also, Russia’s government has been spreading propaganda for years. They have been financing some right-wing parties for years in a number of EU countries, ones that undermine the integrity of the European Union. NATO, US government and the EU have not been cautious enough to prevent the development and strengthening of the fascist regime of Russia. Now, we have the consequences. I am sorry that my country is the main victim of it.”

“The most important thing is not your ethnic origin, it’s your values. I realize that I am Ukrainian, and I want to be Ukrainian. I don’t want to live in a police type and paternalistic society, where central government with all the police, army, ministry of interiors has a strong role. I have democratic values.”

She pointed out that many Ukrainians, including herself, possess an identity that is not unique to Ukraine. “Ethnically, I am half Russian because my father is Russian, and I am a native Russian speaker. In the sixties, he moved from Russia to Ukraine, as was the case with many Russians.

“When Putin says he needs to liberate Russian ethnic minorities in Ukraine, it doesn’t matter whether you are ethnically Russian, partially or fully. I was born in and grew up in Ukraine. It’s my country. There is a number of  Ukrainians who are partially Russian, who are also native Russian speakers, but they feel that they are Ukrainian citizens.

However, “the most important thing is not your ethnic origin, it’s your values. I realize that I am Ukrainian, and I want to be Ukrainian. I don’t want to live in a police type and paternalistic society, where central government with all the police, army, ministry of interiors  has a strong role. I have democratic values.”

She added, “It is also important to know the culture and the history. Many years ago, I started to read more about Ukrainian history, and I started to read more about the history of Russia and the Soviet Union. I can tell you that in secondary school and at the university, I had not studied this history properly because it was a history that the Communist Party wanted to be taught.” 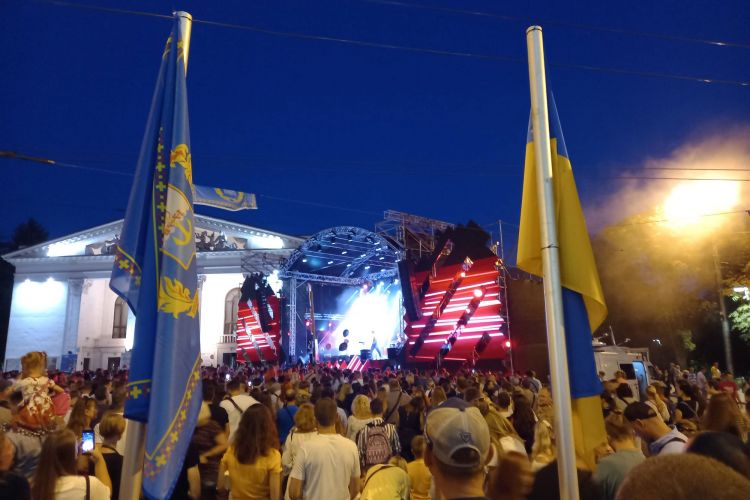 From Ukraine to Duke: A Fellowship Program

Dergunova is a graduate of Kyiv National University. In 2001-2002 she was the recipient of the Edmund S. Muskie Professional Fellowship, a professional development program funded by the U.S. Government to give mid-career professionals in post-Soviet countries the opportunity to earn a master’s degree from American universities.

She was placed in the program at Duke and earned her master’s degree in what was then called the Program in International Development Policy.

After completing an internship at the World Bank in 2002, she returned to Ukraine and began working for the European Union Technical Assistance Program for newly independent states. Subsequently, she worked for the British Council for five years where she helped acquire and manage international development projects. She later relocated to Italy to begin her current position with the European Union agency.

“Since I left Duke, I have not had an opportunity to come back, but it was a very important experience for me. I have good memories – the nice nature, pine trees, classmates, and students from other departments – just a great experience.”

Despite her circumstances, Dergunova wanted to share fond memories from her studies at Duke. “Since I left Duke, I have not had an opportunity to come back, but it was a very important experience for me. I have good memories – the nice nature, pine trees, classmates, and students from other departments – just a great experience.”

She also noted several Duke professors who played a pivotal role in her studies, including Professor Emeritus Francis Lethem, Professor Fernando Fernholz, Professor Natalia Mirovitskaya and Professor and Associate Dean Corinne (Cory) Krupp, all of the Duke Center for International Development (DCID) at the Sanford School of Public Policy.

Housed in DCID, the Master of International Development Policy (MIDP) program is a rigorous interdisciplinary program for mid-career and senior-level professionals who plan to dedicate their careers to policy-making and public service in and for developing, post-conflict and transition countries.