Ingrid Daubechies celebrates Pi day not by baking pie, but baking cookies cut out using a Pi symbol cookie cutter she designed herself and had specially 3D printed.

Daubechies, the James B. Duke Distinguished Professor of Mathematics and Electrical and Computer Engineering, was the first woman to recieve the National Academy of Sciences Award in Mathematics. She played a critical role in the math behind JPEG 2000 image compression. Much of her love of math was inspired by her father, who first taught her about Pi. 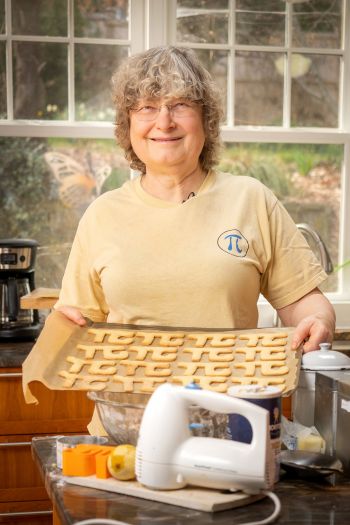 "When I was very little. my father explained to me about pi and also explained that you could find that the number pi as the ratio of the diameter and the circumference for any circle you could think of," says Daubechies.

"To illustrate that he took me through a kind of scavenger hunt through the whole house, at which point at whatever circles I saw, and then we would take it down and we would measure the diameter and the circumference and compute the fraction, compute the quotient. And I would see more of the same and they would find different more or less the same. And we would find that it was all very close to the value if pi that he told me about."

Although she's known about Pi from a young age, Daubechies says she still only has about eight or nine digits memorized "which is absolutely ridiculous, by standards of people who care about this stuff. 3.14159265, and that's about it. And I have to already go to a trick to get that." 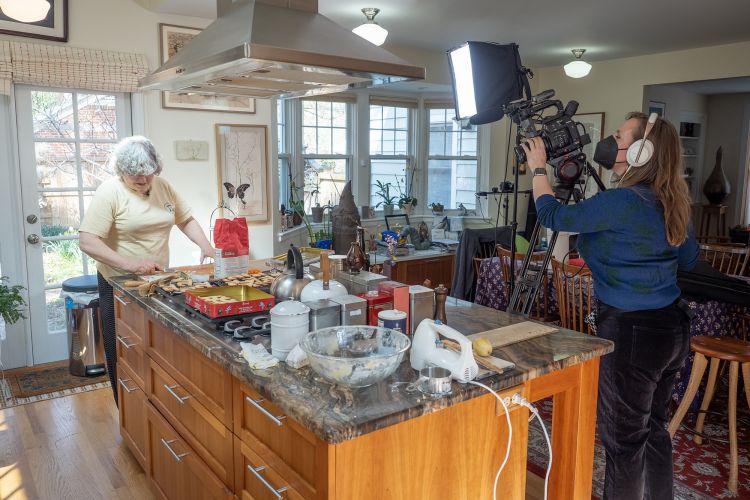 Her cookies aren't just for Pi day — Daubechies has used them before, collaborating with Canadian fiber artist Dominique Ehrmann and more than 20 others on a "Mathmalchemy" multi-media art installation at Duke. But since the numbers of March 14 also translate to the first three digits of Pi, 3.14, it's a particularly delicious way to celebrate the occasion.

The professor was kind enough to share her recipe for those who want to bake their own Pi cookies, printed below. 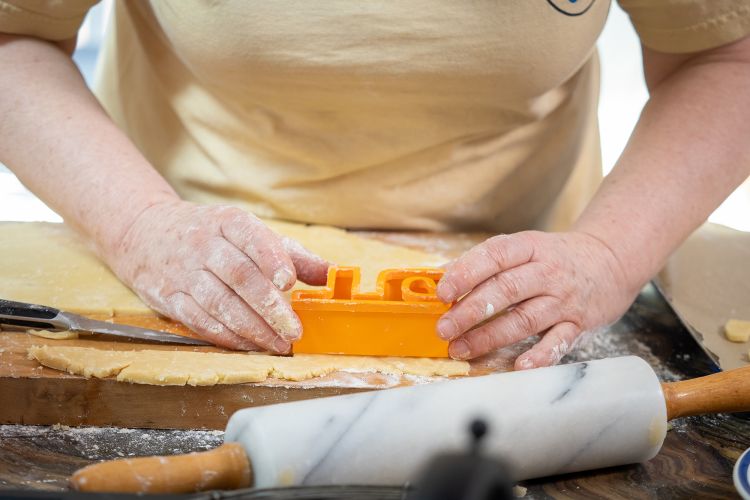 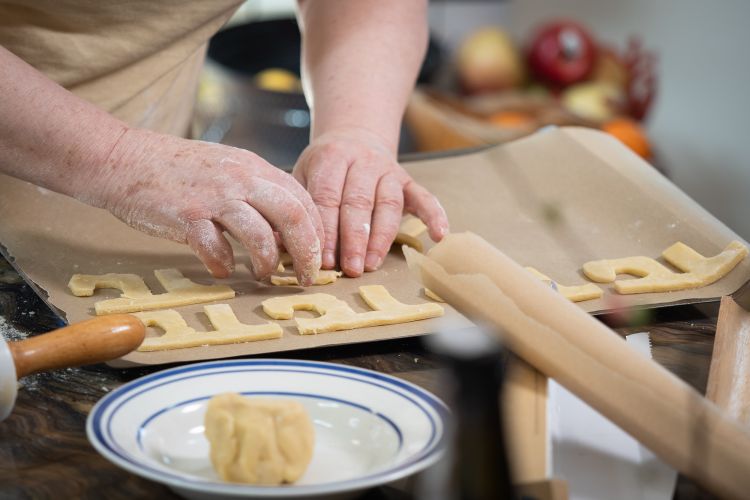 1 cup sugar
1 egg
grated zest of 1/2 lemon ( a whole lemon would work too, and that is what I would have used if I made only 1 batch)
1/2 tsp salt
2 sticks butter (at room temperature)
3 cups flour + some flour for rolling out dough

- preheat oven at 350 degrees Fahrenheit
- cream butter and sugar together until fluffy (hand mixer or stand mixer)
- add egg yolk and white, salt and lemon zest and mix well- add flour and mix until completely incorporated; mix will be crumbly
- by hand, push crumbs together into two balls of dough, that should hold together well; if it doesn't, my recipe says to add a bit of water to the dough, but I typically don't have to do this
- roll out dough on floured surface, cut out cookies and put on baking sheet (buttered or covered with parchment paper)
- bake for about 10 minutes (light brown edge around golden cookie; time may vary depending on how accurate the oven temperature is)