Holly Williams was nominated by Campus Institutional Review Board Associate Director Alejandro Martinez, who wrote that Williams “always makes herself available to her staff at a moment’s notice, and goes above and beyond to ensure we prioritize self-care during these times. Through her leadership, our program is not only able to focus on serving the research community (students, faculty, staff, etc.) but also has created a culture where we can also emphasize taking care of each other and our individual selves.”

What she does at Duke: All research involving humans done at institutions receiving federal funding must adhere to a strict set of regulations relating to safety, privacy and efficacy. At a university, the process of ensuring those federal regulations, as well as other government rules and internal policies, are met is the job of an institutional review board (IRB), a panel of faculty experts and unaffiliated community members who study proposed research projects, pointing out potential concerns and offering researchers guidance on how to move forward. Duke has two separate institutional review boards – one for medical research and one for educational and behavioral research. It’s Williams’ job to oversee the work of the latter, which is known as the Campus Institutional Review Board.

“We look at each specific study and make sure people’s privacy and autonomy are being respected,” Williams said.

Williams leads a five-person team that works with researchers to sharpen their proposals and develop procedures that will meet the standards of the IRB. With a wide range of research conducted at Duke, Williams said the kinds of projects she and her team help with are always surprising. She said that one day, she might be helping someone with a routine marketing study, or an exploration of how brains react to video games, or an exploration of gender equity in developing countries.

“The thing I say frequently about campus IRB work is that every single day is different,” Williams said. “We look at everything involving human subjects across the entire spectrum of campus departments, schools and institutes. And that’s extremely energizing. After 22 years, nearly every day, I’m coming across something I haven’t seen before.”

What she loves about Duke: Williams said that in her job, she has a unique vantage point on the science that unfolds at Duke. Seeing a research project go from a proposal to a reality never ceases to be a thrill.

“Duke is such a big, sophisticated, multi-layered, technical organization that has a life of its own,” Williams said. “So for me to be in the thick of that, and be able to watch it navigate its way into the future, on the cutting-edge of science, it’s just really fascinating to me.” 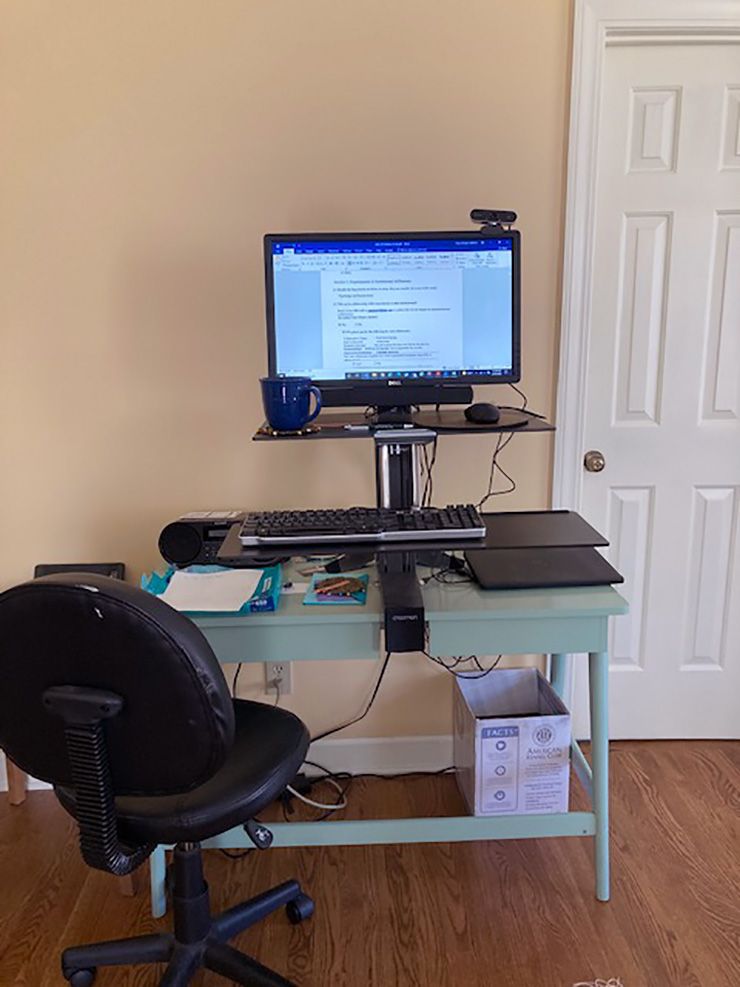 Something helpful in her workspace: Williams has been working from home since the pandemic began. When she left her former workspace in Erwin Square, she took her standing desk with her, a move she appreciates each day.

“It’s huge because, when we were in the office, there was a lot of moving around, you’d go across the hall, or downstairs, or down the street to have lunch,” Williams said. “But working full-time here, it’s just me, I don’t have to move as much. So having the standing desk can kind of replicate that.”

When she’s not working, she likes to: Williams, along with her horses, dogs and cats, lives on a 10-acre piece of land near Pittsboro in rural Chatham County. She enjoys soaking in the quiet of nature, looking for birds at her feeders or deer moving through the space by her house.

“I do spend an inordinate amount of time mowing grass on my tractor, though,” Williams said. “But I don’t mind.” 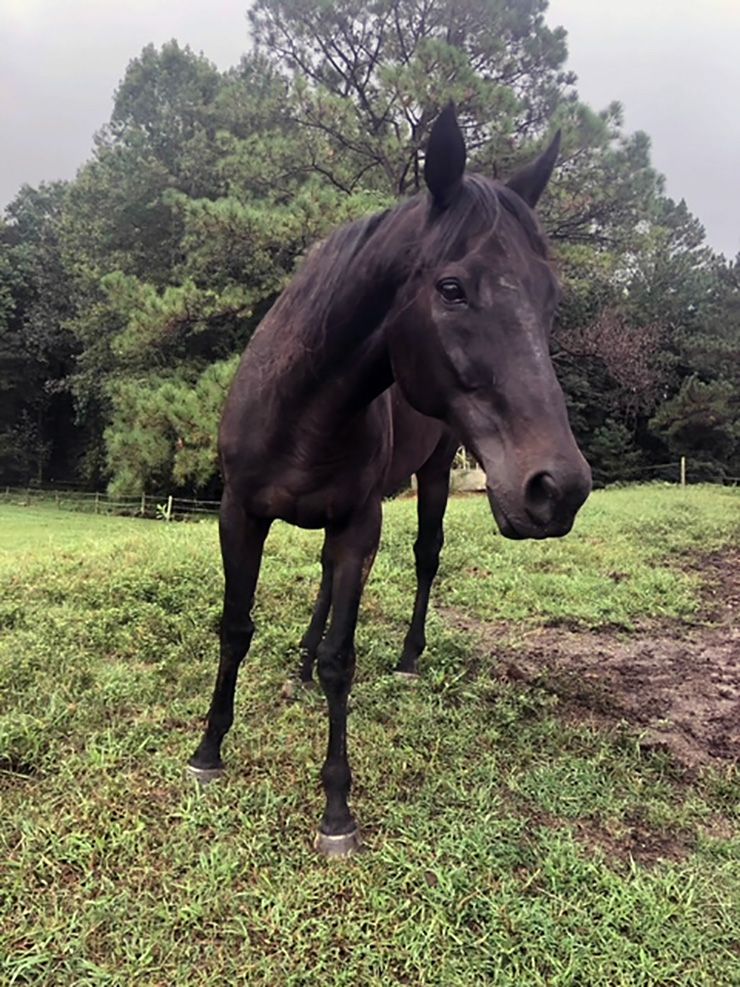 Something most people don’t know about her: Williams has loved horses since childhood and briefly entertained thoughts of a career in the horse racing industry. But now, she’s found her passion in caring for horses of her own. She’s owned four horses through the years, three of which – including her current horse named Brother – were at one time in their lives groomed to race.

“There are a lot of organizations cropping up all over the country that take horses off the track and teach them a new job and help them find a good home,” Williams said. “That’s what I look for.”

Lesson learned during the pandemic: With the lack of a commute freeing up around two hours of her day, Williams realized how important it is to fill her time with things she enjoys.

“The degree to which I didn’t carve time out for myself became glaringly apparent when my time as all my own to manage,” Williams said.

During the past two years, she’s begun pursuing singing. Williams has always been a fan of music, but during the past year she’s enjoyed taking weekly voice lessons on Zoom.

“I’m not going to get any gold records, or sing in front of thousands of people, I don’t even sing karaoke,” Williams said. “I just didn’t want to send people running away covering their ears if I burst into song. But now, if someone wants to sing Christmas carols, I feel confident in doing that.”

Grant Hill Had Game. He Used It to Build Connections Across Duke and Other Communities